Rachel Hood, a democratic candidate for the Michigan House, biked the 76th district on Saturday to raise awareness about gerrymandering. 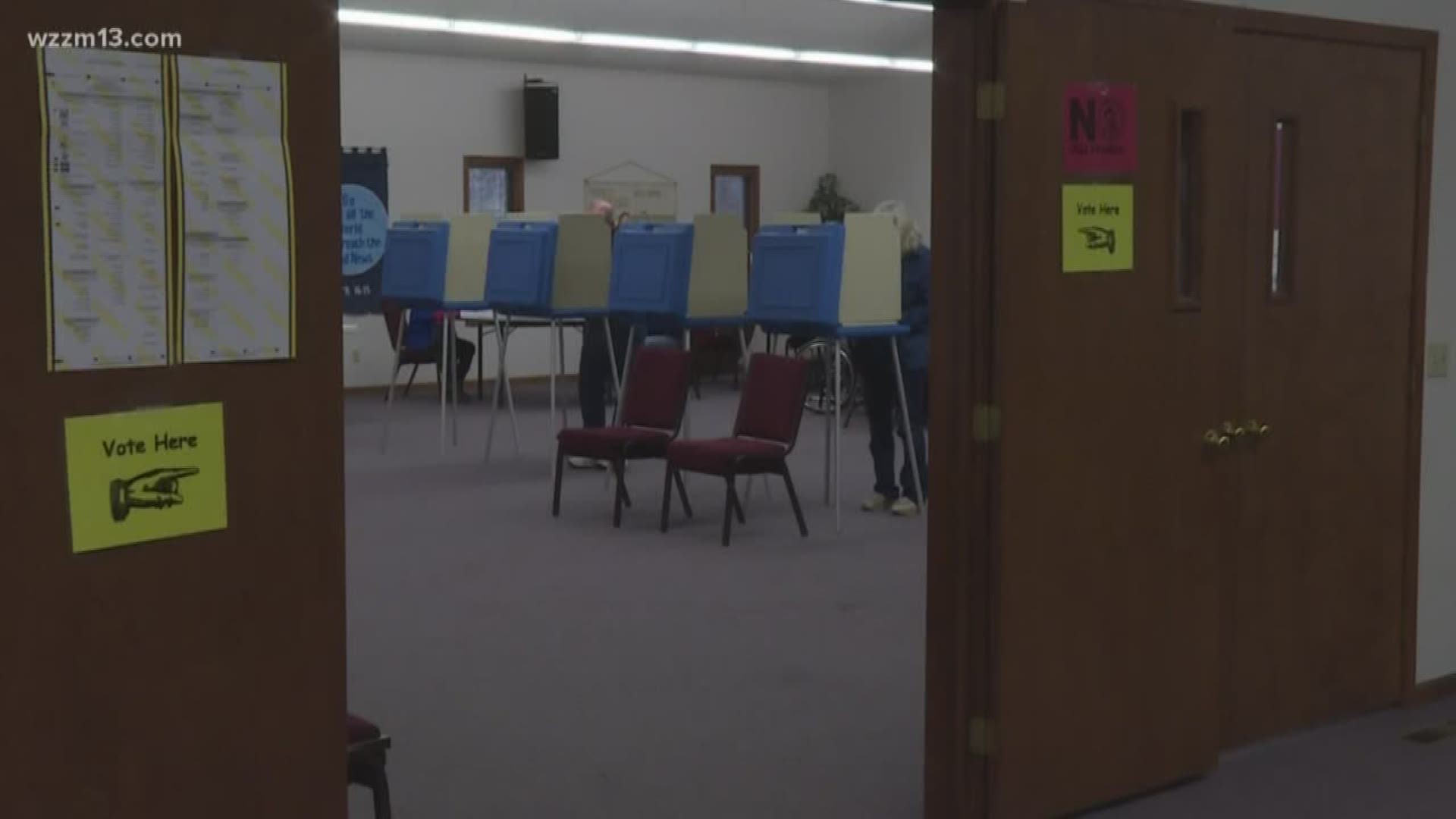 GRAND RAPIDS, Mich. – A candidate for the Michigan House of Representative organized a day-long bike ride through her district Saturday to bring awareness to gerrymandering in the state.

“It takes about 45 minutes to drive from one corner to another,” said Rachel Hood, democratic candidate for the 76th district. The former executive director of the West Michigan Environmental Action Council said the shape of the district makes it more difficult to reach constituents.

“The city has three wards, about half of each of those wards is in the 76th,” Hood said. “To some extent, you could say that you have three different distinct communities that you’re trying to represent in one district, and it’s awkward.’

Her demonstration supported Proposal 2 on the November ballot, which would create an independent citizen redistricting commission made up of four Republicans, four Democrats and five Independents.

Gerrymandering is an unfair advantage that incumbent political parties take to rig elections, said Gary Stark, a volunteer with the grassroots organization Voters Not Politicians, which acquired the necessary signatures for the proposal to reach the ballot.

“It's as though the winner of the Super Bowl, let's say the Philadelphia Eagles, got to choose the schedule and the referees for the next ten seasons,” Stark said. “Even though individual games can be won and lost fairly, the deck has been stacked….so that it really isn’t a fair outcome.”

According to a September poll commissioned by the Detroit Free Press, 48 percent of likely voters approved of Proposal 2. Thirty two percent disapproved, and 20 percent were undecided.

“The reception we got when we were out collection signatures indicate that once people understand what gerrymandering is and what it does, that they consider it wrong, unfair, a conflict of interest for the people that devise it and that they want a better system,” Stark said.

Republican Amanda Brand, Hood’s opponent in the race, said she is leaning in support of Proposal 2.

“We clearly have a gerrymandering issue here in the 76th district,” Brand said. “However, changes to the Michigan constitution should not be taken lightly.”

Several other states have taken this step and it's worked very well, Stark said.

“We believe it can work in Michigan, and we believe on Nov. 6 the citizens of Michigan will agree with us,” he said.