Toll roads for Michigan? Lawmaker wants to give it a look

As debate continues in Lansing on how to fix Michigan's crumbling roads, a state senator has proposed giving toll roads a serious look. 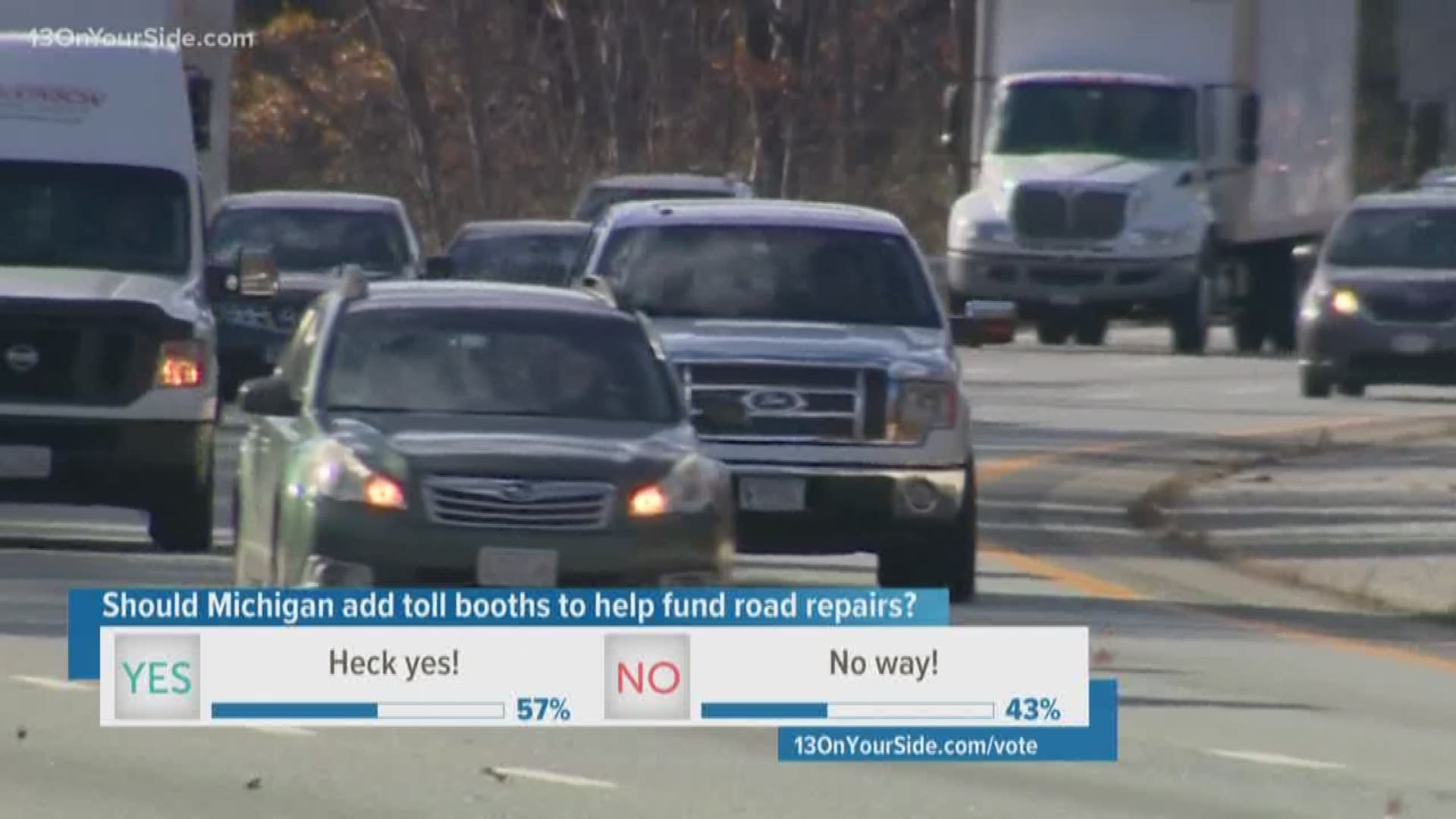 Another state lawmaker wants to put the topic up for discussion.

A Senate bill introduced this month would establish a panel to investigate the feasibility of setting up tolls for certain roads, streets, highways and bridges.

“We are simply looking to do a study of various opportunities to increase funding for roads,’’ said Sen. John Bizon, who sponsored SB 517.  “There is a great deal of study that needs to go into that to determine if it would be cost-effective to toll.’’

Bizon’s proposal comes amid ongoing debate on how to fund repairs to Michigan’s crumbling roads and bridges.

Bizon, R-Battle Creek, says his bill does not commit Michigan to using toll roads. It simply gets the ball rolling on investigating it as an option.

“This may go absolutely nowhere,’’ Bizon concedes. “We may look at it and say this doesn’t make sense. Or conversely, maybe this needs further study.’’

A state representative in June also called on the Michigan Department of Transportation to do a feasibility study on state toll roads.

Under Bizon’s bill, state officials would hire an outside firm to study the feasibility of setting up tolls on interstate highways.

Elements to be considered include the economic impact of toll roads, providing discounts to certain drivers, how much to charge and how to pay for it.

Nearly three-dozen other states in the U.S. charge tolls on some of their roads and bridges. Some bridges in Michigan are tolled, including the Mackinac Bridge, which connects Michigan’s upper and lower peninsulas.

Toll roads are not a new concept for Michigan; they were given serious consideration nearly 70 years ago.

The Michigan Turnpike Authority was established in 1951 to build turnpikes between Detroit and Chicago and between Bay City and Toledo, according to MDOT.

Federal funding for the Interstate Highway System covered most of the cost of freeway construction, ending Michigan’s interest in toll roads.

Making toll roads happen in Michigan would be a challenge, to be sure. They typically have fewer interchanges, which is a different design philosophy than what is found on existing state freeways.

Another factor to consider is whether toll roads will discourage tourism and business location. And will toll roads divert traffic to parallel routes, including through neighborhoods.

“It’s not that we’re going to do anything; it is simply a looksee,’’ Bizon explained. “All too often we do things with very limited data. I would like to have a little more data.’’