The Peters campaign said its fundraising was fueled by $8 million in small-dollar online donations.

Credit: AP
FILE - In this combination of 2018 and 2019 file photos are, from left, Democratic U.S. Sen. Gary Peters, D-Mich., and Republican U.S. Senate candidate John James. James raised more than $3 million in the last quarter, at least $500,000 more than Peters. A group launched a 2020 ballot initiative Tuesday, Jan. 7, 2020, to expand Michigan's civil rights law to include anti-discrimination protections for LGBTQ people, a step that would put the issue to voters if the Republican-led Legislature does not pass the measure. (AP Photos, File)
Author: Associated Press
Published: 5:59 PM EDT October 1, 2020

LANSING, Mich. — So much money is flowing into Michigan’s competitive U.S. Senate race that one campaign finance expert expects spending to top a staggering $100 million by Election Day.

First-term Democratic Sen. Gary Peters said Thursday that his campaign raised more than $14 million in the previous three months, again setting a state record for a Democratic Senate candidate and easily eclipsing his $5.2 million haul in the second quarter. Polling has shown Peters to be slightly ahead of or about even with Republican challenger John James in the presidential battleground state.

The third-quarter numbers for James, who had outraised Peters for a year, were not immediately released by the James campaign. It did say it reached a milestone by donating more than $1 million in campaign funds as part of his pledge to give a nickel of every dollar raised to charity.

The Peters campaign said its fundraising was fueled by $8 million in small-dollar online donations.

“The tremendous surge of grassroots support is a testament that Gary’s proven record of effectiveness and bipartisanship is resonating with Michiganders who want to keep him in the Senate,” said Dan Farough, Peters’ campaign manager.

Also Thursday, the Senate Leadership Fund, a GOP super PAC run by allies of Senate Majority Leader Mitch McConnell, announced a two-week $9 million ad buy to target Peters. The group’s president, Steven Law, called James, a businessman and combat veteran, “an incredibly impressive advocate for Michigan families and jobs who is taking the fight to Peters for leaving Michiganders hanging in a pandemic.”

Already, more than $90 million worth of broadcast, cable and TV ads has been spent or reserved with just over a month until the election. The Wesleyan Media Project at Wesleyan University said Thursday that since Labor Day, Michigan’s Senate race has been the most expensive in the country, with $33 million being spent on ads on broadcast stations.

Of the more than 20,700 spots aired, about 11,100 were backed by Peters or Democratic groups and 9,600 were run by James or Republican groups. The percentage of ads that were negative was not as high as in other top Senate races, according to Wesleyan.

Peters is one of two incumbent Democrats running in a state that Donald Trump won in 2016.

Simon Schuster, executive director of the Michigan Campaign Finance Network, said overall spending — by the campaigns and outside organizations — is likely to exceed $100 million. 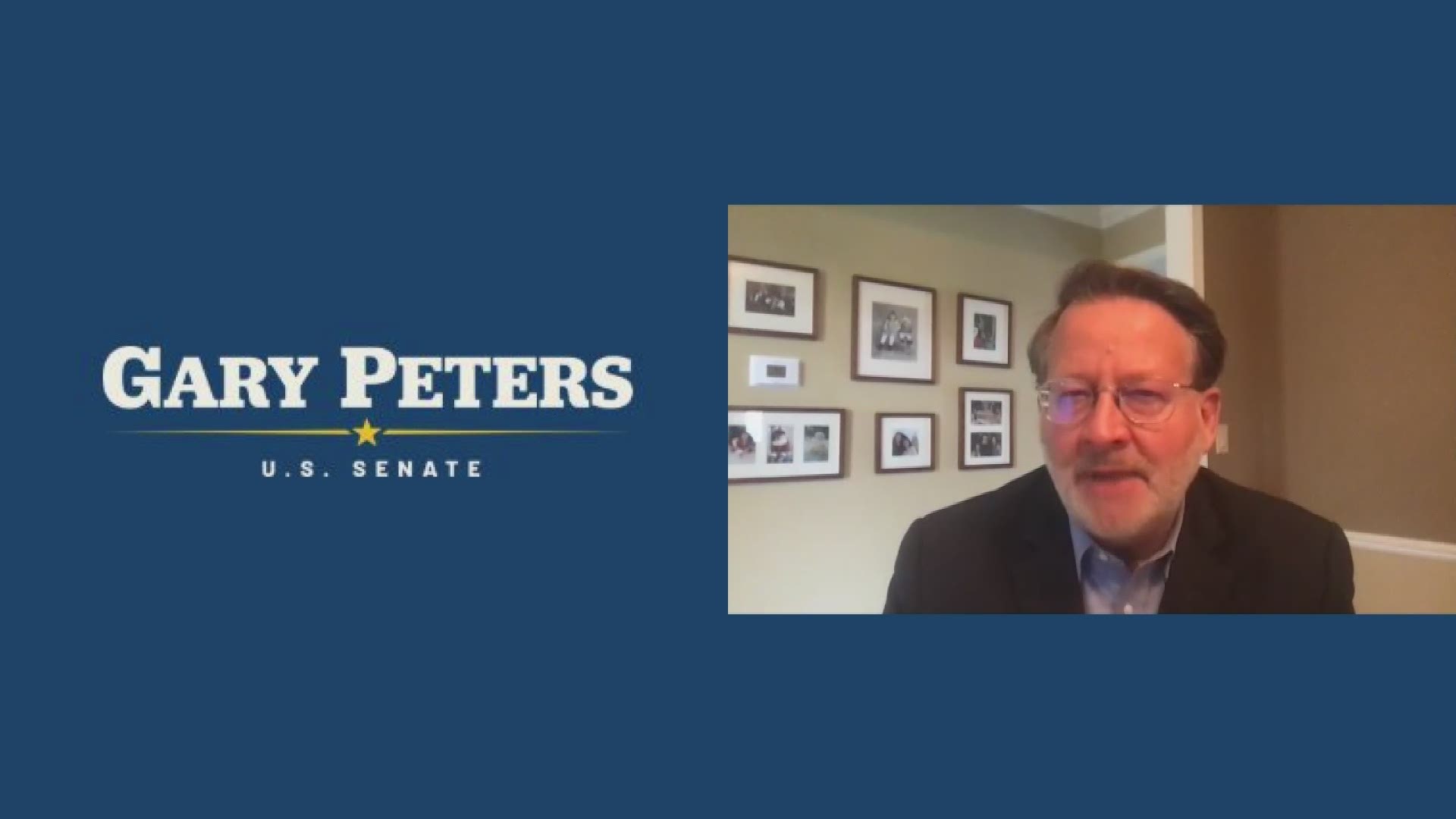