On Wednesday, the website shadybillschuette.com opened with an aggressive attack ad against the Attorney General. 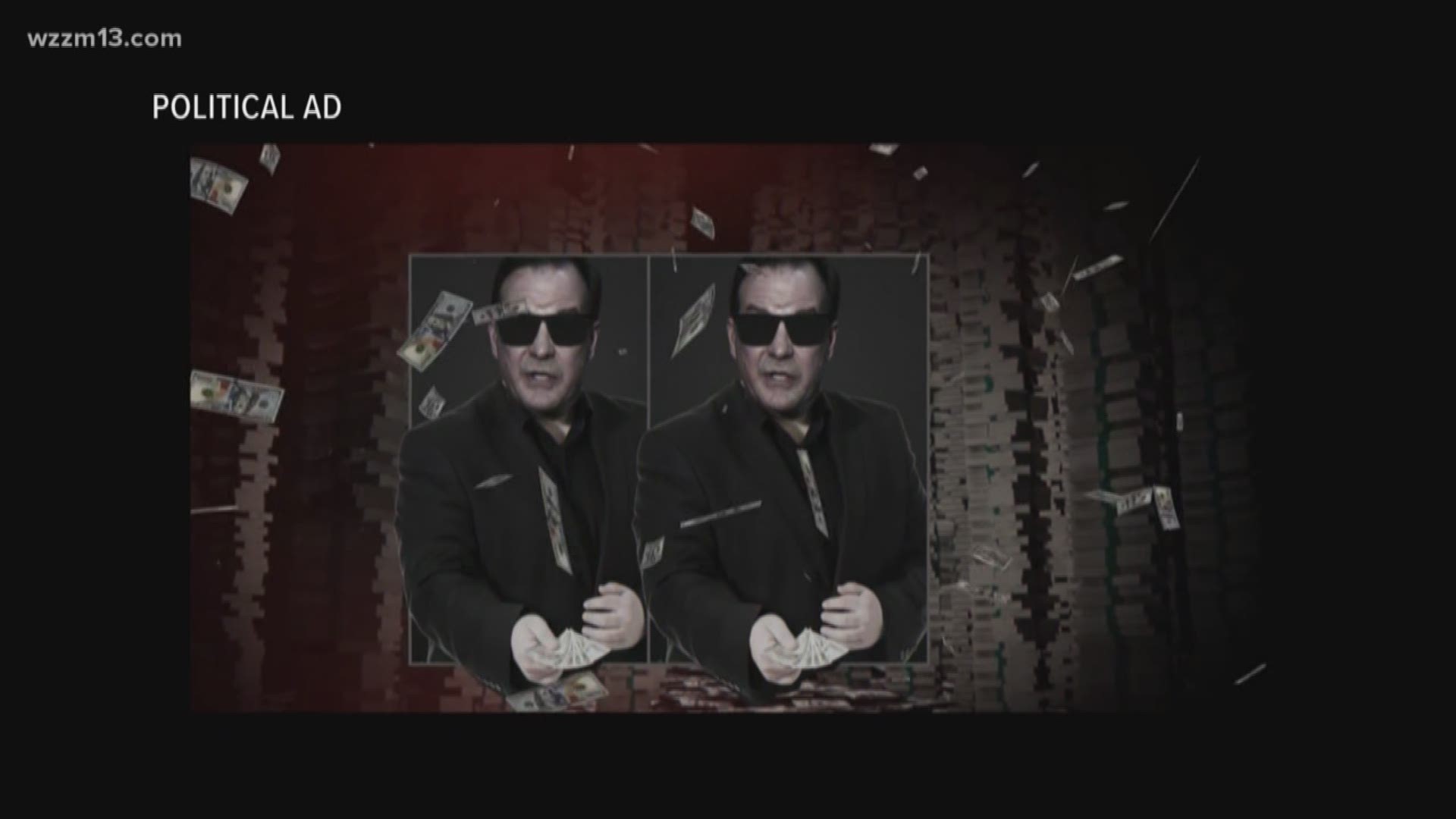 By the middle of Wednesday, the website shadybillschuette.com opened up with an aggressive attack ad against Schuette, the chief law enforcement officer in the state.

The narrator of the ad, paid for by the political action committee Calley Continues Comeback, says, "It's 'Shady Schuette' who collects two fat government pensions -- with two more on the way. Schuette's 35 years in politics must end."

Earlier this week, at least three commercials were released by Schuette's campaign and the political action committee that supports his candidacy, Better Jobs Stronger Families.

His ads also criticize Calley for pulling his endorsement of now-President Donald Trump during the 2016 campaign.

The narrator goes on to say, "Jennifer Granholm, Barack Obama, Hillary Clinton. When it mattered most, Brian Calley stood with them, not us."

Calley's team fired back at Schuette with a response to 13 On Your Side.

“The fact that shady Bill Schuette and his allies launched misleading attacks ads more than four months before the election proves that his campaign is getting desperate early and that they both know Schuette is in serious jeopardy of losing,” said Mike Schrimpf, spokesman for the Calley campaign.

“Bill Schuette and his Super PAC allies are typical political insiders who will say anything and smear anybody to get power."

“Now I don't know who called him Shady Schuette, but I like the term,” Dr. Jim Hines said, a Saginaw-area physician and Republican gubernatorial candidate.

"Brian Calley, who has taken taxpayer-funded paychecks and benefits for more than a decade, is desperately trying to hide his record of standing with (former Michigan Gov.) Jennifer Granholm on taxes, (former President) Barack Obama on Obamacare, and (Presidential candidate) Hillary Clinton in trying to stop President Trump, without whom a liberal would have taken the place of (U.S. Supreme Court) Justice (Antonin) Scalia and auto jobs would not have been brought to Michigan from Mexico," Schuette spokesman John Sellek wrote in a prepared statement.

Democrats saw 13 On Your Side's reporting of the mud-slinging and issued a statewide press release in response to it.

“Whether it’s at a town hall or on TV, everywhere you look at this Republican primary it’s already negative, nasty and getting worse,” said Michigan Democratic Party spokesperson Sam Newton. “This kind of growing GOP civil war doesn’t do anything to fix Michigan’s declining roads, schools, and clean water. It just promises to leave behind a damaged Republican nominee four months from now, who is clinging to the extreme right-wing of the Republican Party.”

Democrats also have a competitive primary on their hands but it hasn't been quite as contentious.

A poll done by Marketing Resource Group (MRG) last month showed political newcomer Shri Thanedar with a 3-percentage point lead over primary favorite Gretchen Whitmer. Thanedar got 21-percent while Whitmer has 18-percent. In September, Thanedar sat at 3-percent. MRG reported its polling showed Thanedar is "the best-known name in the Democratic field, raising his name recognition to 45-percent among all voters."