A bill requiring individuals convicted of a crime to hear victim impact statements has moved one step closer to being a new state law. 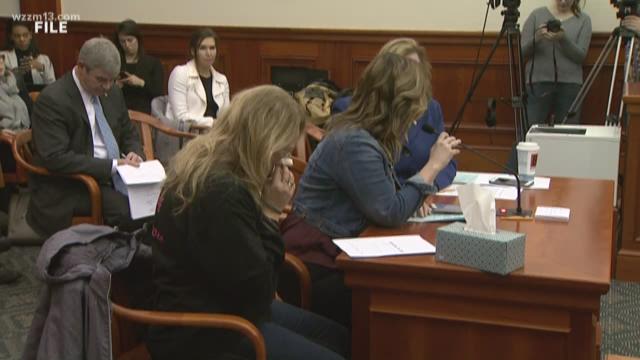 The House Law and Justice Committee voted on a bill that would required convicted criminals to hear victim impact statements, moving it that much closer to being a new state law.

The legislation, sponsored by state Rep. Holly Hughes, would be called the Rebekah Bletsch Law if enacted.

Hughes proposed the bill after Rebekah Bletsch's convicted killer, Jeffrey Willis, requested to leave the courtroom before her family gave their victim impact statements during his sentencing hearing. The judge overseeing the hearing allowed him to leave.

The bill now mores forward in the legislation process after the House Law and Justice Committee's approval. The Rebekah Bletsch bill advances to the House for its consideration.

Rep. Hughes hopes the bill will become law by May 2018.