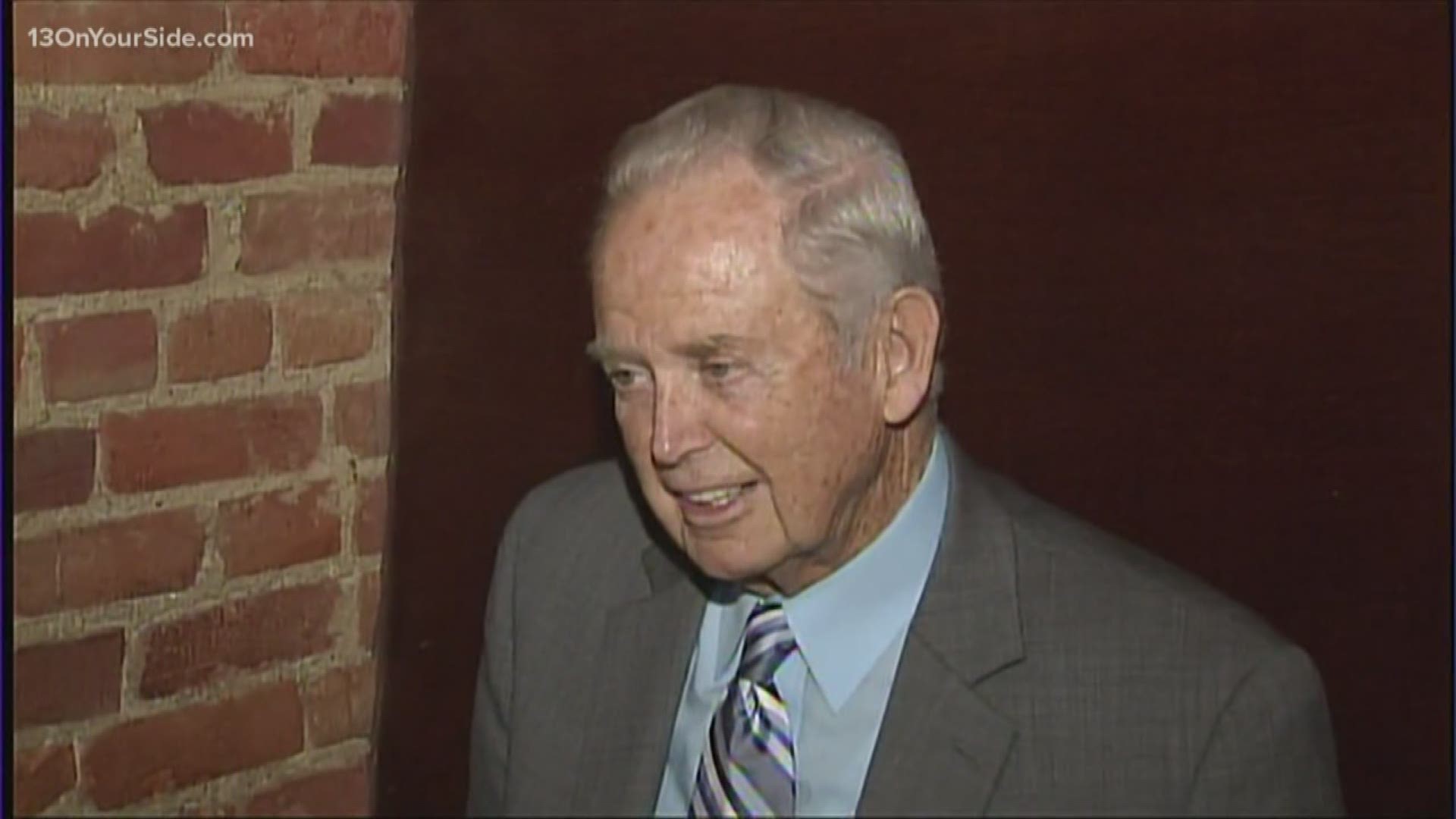 LANSING, Mich. — State lawmakers are honoring William G. Milliken, Michigan’s longest-serving governor, with a resolution of tribute that calls the moderate Republican “one of the great leaders in Michigan history.’’

The Senate concurrent resolution was adopted on Wednesday, Dec. 4. Milliken died Oct. 18 at his home in Traverse City. He was 97.

Milliken, who served as governor from 1969 to 1982, “piloted our state through some of its most difficult years with civility, integrity, and an unerring belief in the ability of people to come together to solve Michigan’s most pressing problems,’’ the resolution states.

Copies of the resolution will be transmitted to the Milliken family “as evidence of our lasting esteem for his memory,’’ according to the document.

The Traverse City native was born in March of 1922 into a family of political and business leaders. “The importance of service, generosity and hard work were instilled in his youth, as well as a love of the outdoors and would shape his future endeavors,’’ the resolution states.

Milliken graduated from Traverse City High School in 1940 and attended Yale University before joining the U.S. Army Air Corps in World War II. He flew numerous missions on B-24 bombers and was awarded several medals, including a Purple Heart.

Milliken returned to Michigan in 1945, was married, ran the family’s department store and served on the Michigan Waterways Commission before he was elected to the state Senate in 1960.

Milliken was elected lieutenant governor in 1964, a position he held for five years. He rose to the position of governor in 1969 when George Romney was appointed as U.S. secretary of Housing and Urban Development.

“Over the next 14 years, Governor Milliken would leave his mark on the state, establishing a nationally-recognized standard for effective leadership,’’ the resolution states. “At a time of great unrest and deep economic crisis in Michigan and our nation, his basic decency, kindness and charm allowed him to build bipartisan alliances and solutions to Michigan’s problems.’’

The resolution calls Milliken a “mild-mannered and thoughtful’’ man who “pursued policies on the environment, economy, civil rights, education, urban revitalization and many other issues he believed would benefit the state of Michigan.’’

A day after Milliken’s death, Gov. Gretchen Whitmer ordered U.S. and Michigan flags within the State Capitol Complex and on all public buildings and grounds throughout the state to be lowered to half-staff for 14 days.

The Oct. 19 through Nov. 1 range was selected to honor each year Milliken served as governor. 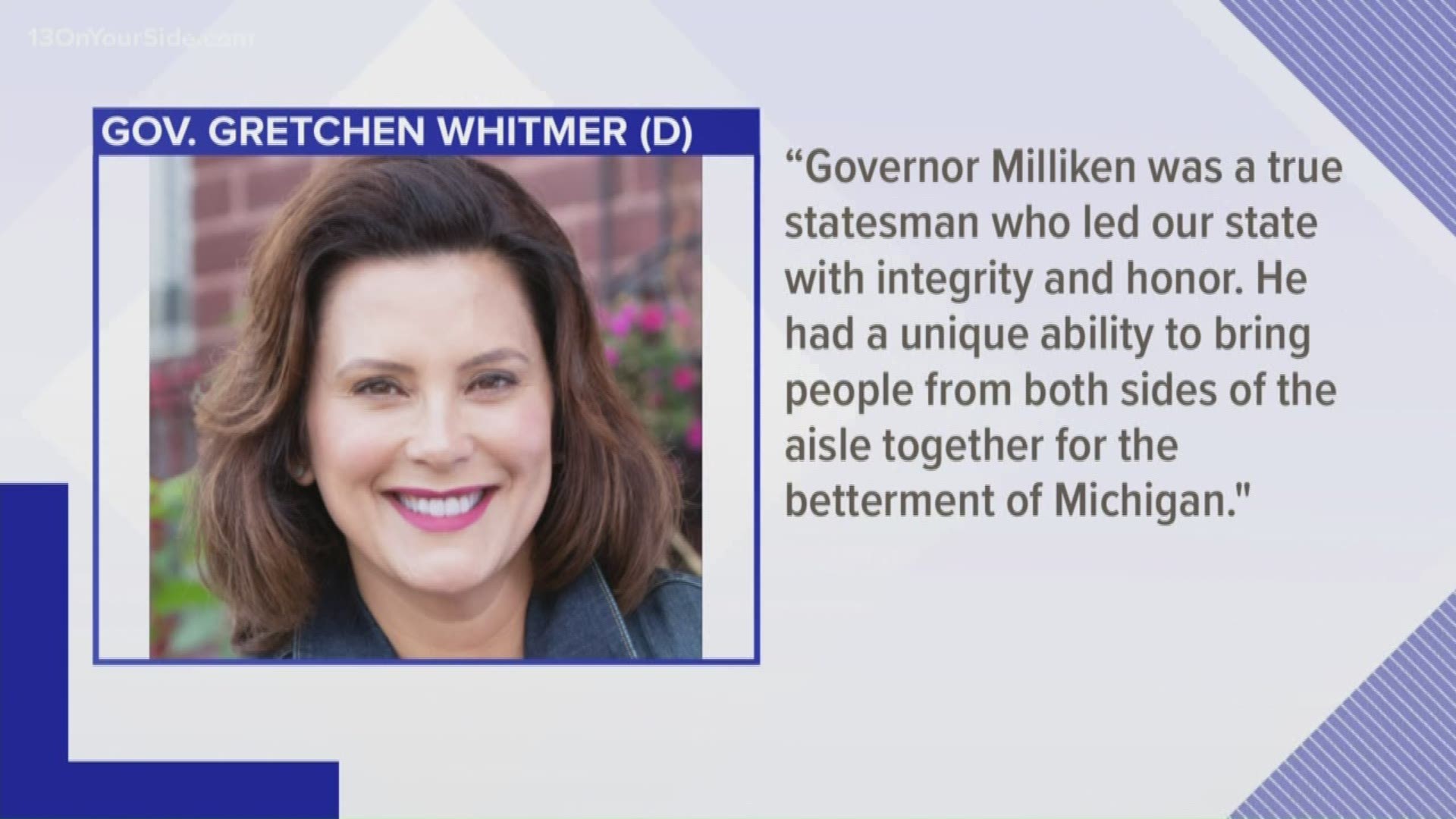