Resolutions introduced by democrats want to keep guns away from the state Capitol; two House bills call for a weapons ban at state-owned buildings.

LANSING, Mich. — Democrats in Lansing are pushing to have all visitors to the state Capitol screened for weapons while also prohibiting people from carrying guns into any state-owned building.

Resolutions introduced in the House and Senate call for security screening checkpoints and a prohibition on firearms from being carried inside the Capitol and its immediate vicinity.

And two bills introduced Tuesday, May 19, would prohibit people from bringing weapons into buildings that are owned or leased by the state.

House bill 5783 would expand gun-free zones; House bill 5784 would add restrictions for those with a concealed pistol license.

Twenty lawmakers have signed their names to the bills, which were referred to the Committee on Government Operations.

The two resolutions, meanwhile, have been shared with members of the Michigan State Capitol Commission.

Both say the six-member panel has the authority to restrict the carrying of firearms in the state Capitol building; a point that is under review.

“The presence of firearms is meant to intimidate legislators, interrupt the democratic process and block the ability of legislators to properly represent their constituents,’’ according to a House resolution introduced Tuesday.

A similar resolution was introduced by Senate democrats last week.  Ten lawmakers signed their names to Senate Resolution No. 118.

“Allowing citizens to carry firearms into the Michigan state Capitol is not a constitutional right,’’ the Senate resolution states, noting that eight Midwestern states ban firearms in their state Capitols.

“Only three, including Michigan, allow firearms,’’ the May 12 resolution states. “However, Minnesota and Wisconsin require permits and restrict possession to certain areas.’’

Resolutions from both chambers urge the Michigan State Capitol Commission to take action following recent protests in which citizens, some legally carrying firearms, entered the Capitol to denounce Gov. Gretchen Whitmer’s response to the coronavirus pandemic.

RELATED: 'We know that this rally endangered people,' Whitmer responds to Lansing protest

Members of the commission voted May 11 to study whether to ban firearms from Capitol grounds.

An April 30 protest that gained national attention included people carrying firearms inside the building and on the grounds. Some lawmakers said they felt threatened and donned bulletproof vests. It sparked calls by Democrats to ban guns from the building.

"In Michigan, the concept of 'open carry' does not provide the unfettered right to bring firearms into any public space," Nessel, a Democrat, wrote in her opinion.

Members of the six-person Capitol Commission said they wanted time to study the issue.

Tuesday’s House resolution urges the panel to prohibit firearms from inside the state Capitol and its grounds but allows an exemption for police and legislative sergeants at arms.

The resolution also calls for the installation of security screening checkpoints at Capitol building entrances. 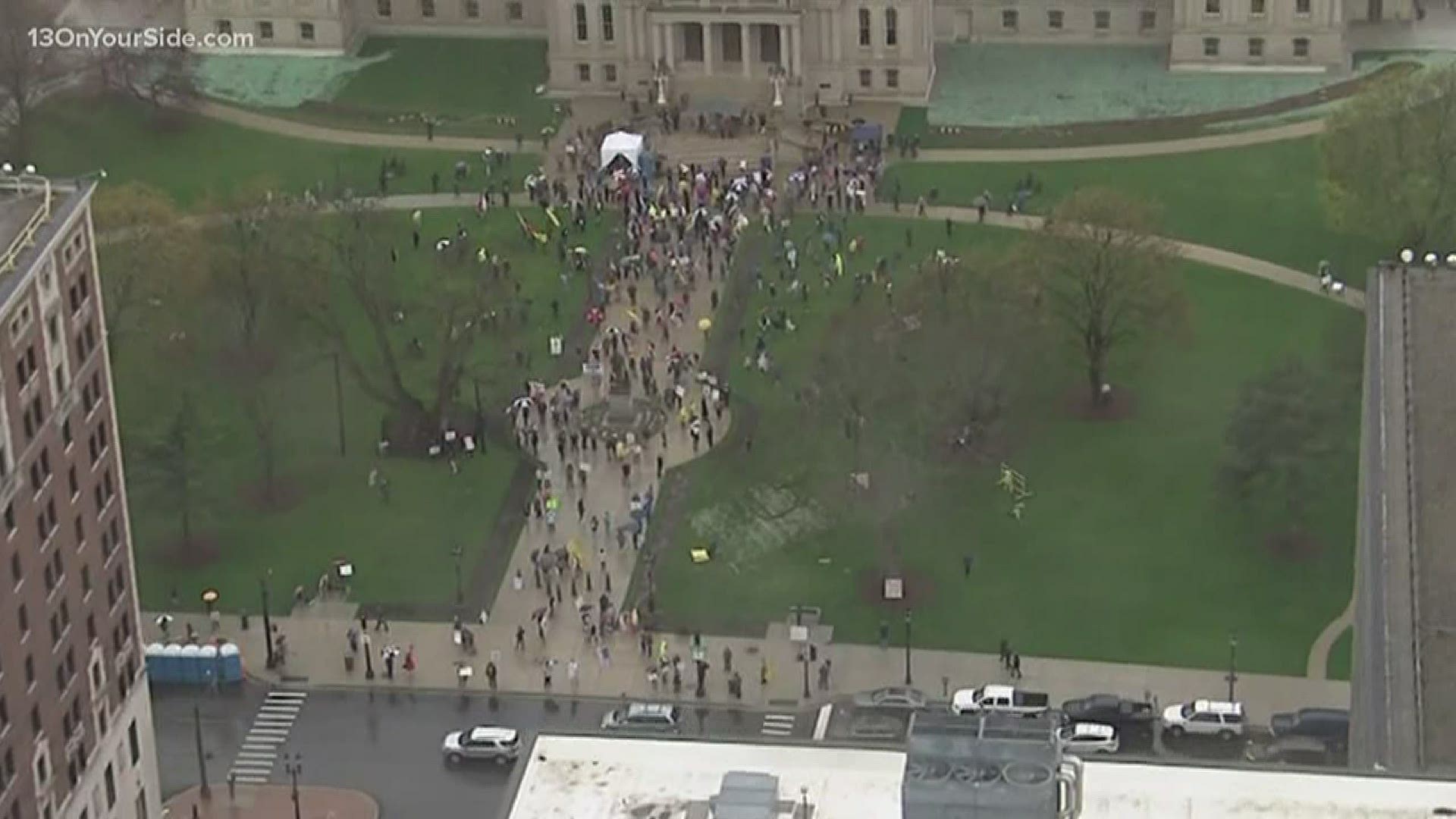