Small group of armed protesters dwarfed by police at Capitol

About a dozen protesters openly carried guns, including some who promoted the anti-government “boogaloo” movement. 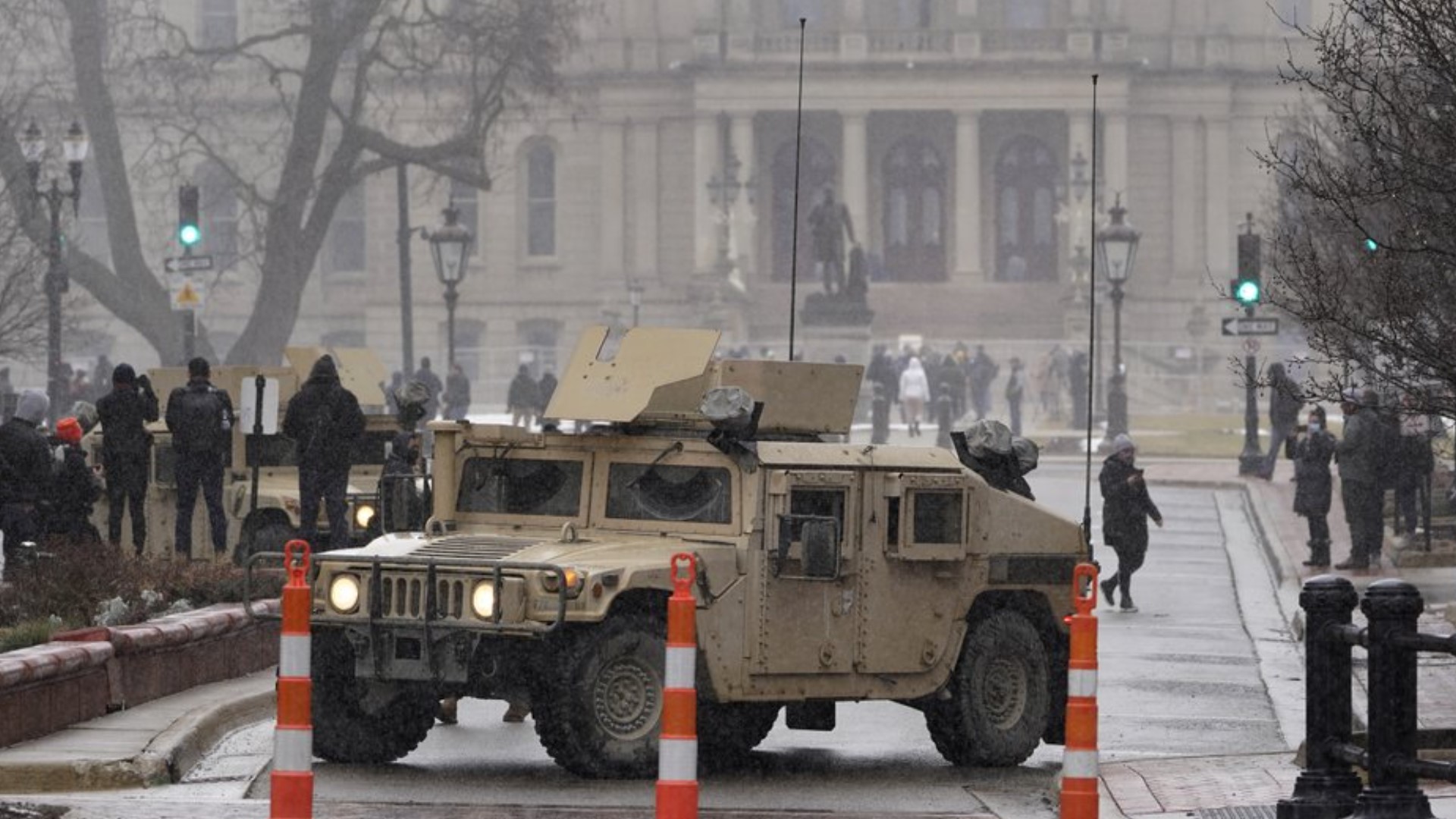 LANSING, Mich. — A small group of gun-toting demonstrators rallied Sunday outside of Michigan’s Capitol building in front of a throng of law enforcement officers on high alert after this month’s deadly storming of the U.S. Capitol.

About a dozen protesters openly carried guns, including some who promoted the anti-government “boogaloo” movement, a slang term adopted by the pro-gun extremist movement that is a reference to a sequel — in their case, a second U.S. civil war.

Some boogaloo promoters insist they aren’t genuinely advocating for violence. But the boogaloo been linked to a recent string of domestic terrorism plots, including the arrests of three Nevada men accused of conspiring to incite violence during protests in Las Vegas.

A few other protesters, who were not openly armed, wore hats supporting President Donald Trump or falsely claimed the election was stolen. Trump’s term will end Wednesday when President-elect Joe Biden is inaugurated.

As snow fell, state police, the National Guard and local law enforcement provided a sizeable security presence at or near the 142-year-old Statehouse and other government buildings. Adjacent roads were closed. A police helicopter flew overhead. The Capitol was surrounded by a 6-foot fence. Ground-level windows on several downtown buildings, including the governor’s office, were boarded up.

The demonstration was peaceful and drew more media members than protesters. It came after the FBI warned of the potential for armed protests at the nation’s Capitol and all 50 state capitol buildings beginning this weekend.

Timothy Teagan, a boogaloo backer who was at the Michigan Statehouse, said the purpose was “to urge a message of peace and unity to the left and right, to the members of BLM, to Trump supporters to Three Percenter militias to antifa,” referring to Black Lives Matter.

State police Lt. Brian Oleksyk, who estimated that about 20 protesters had turned up, said such demonstrations are nothing new.

“It’s a different topic and it’s a serious topic, but we won’t tolerate criminal behavior,” he said. 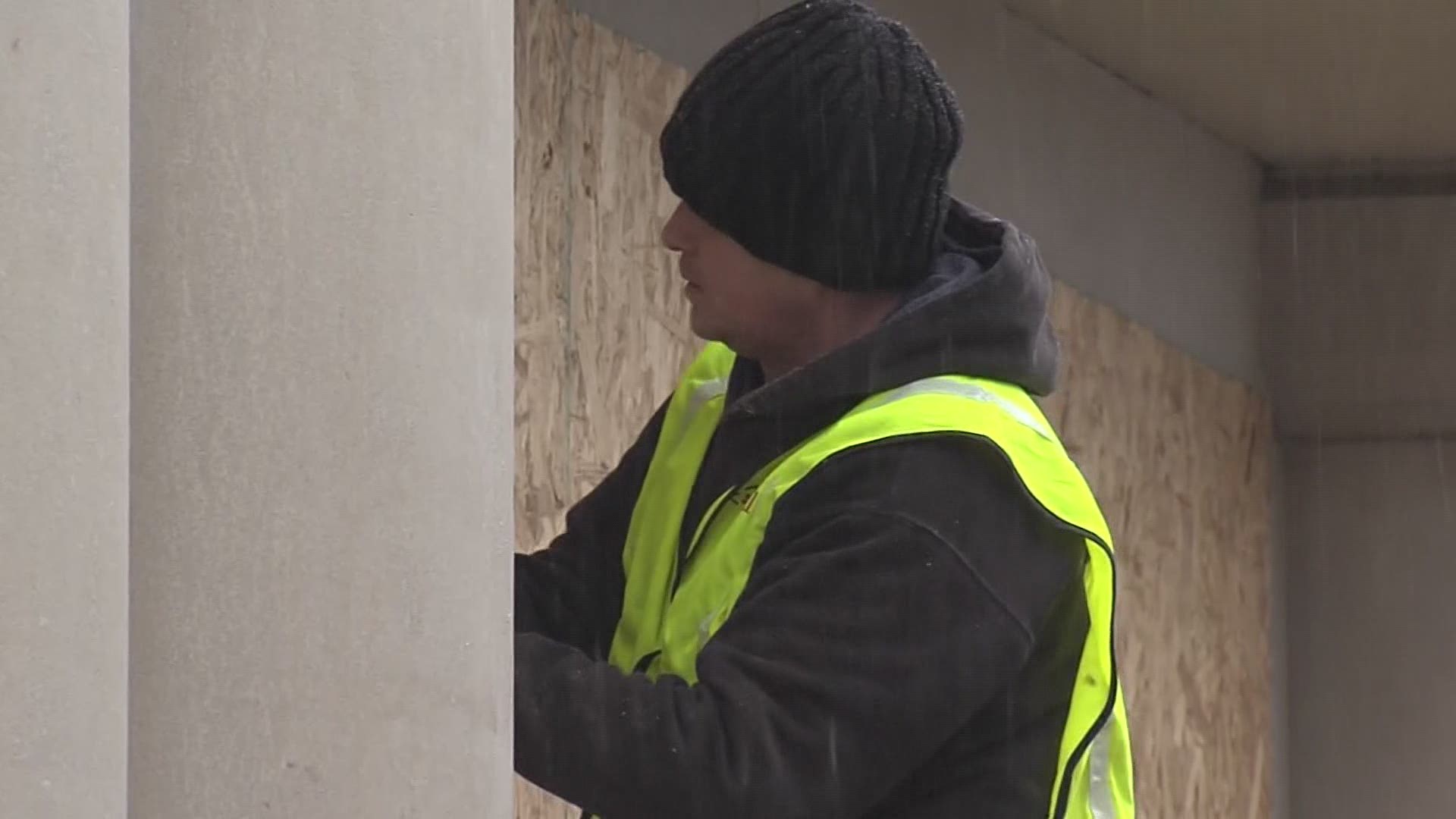