Butt Out: Bills would ban smoking on Michigan’s public beaches

If approved, Michigan would join only a handful of states that ban smoking on public beaches. 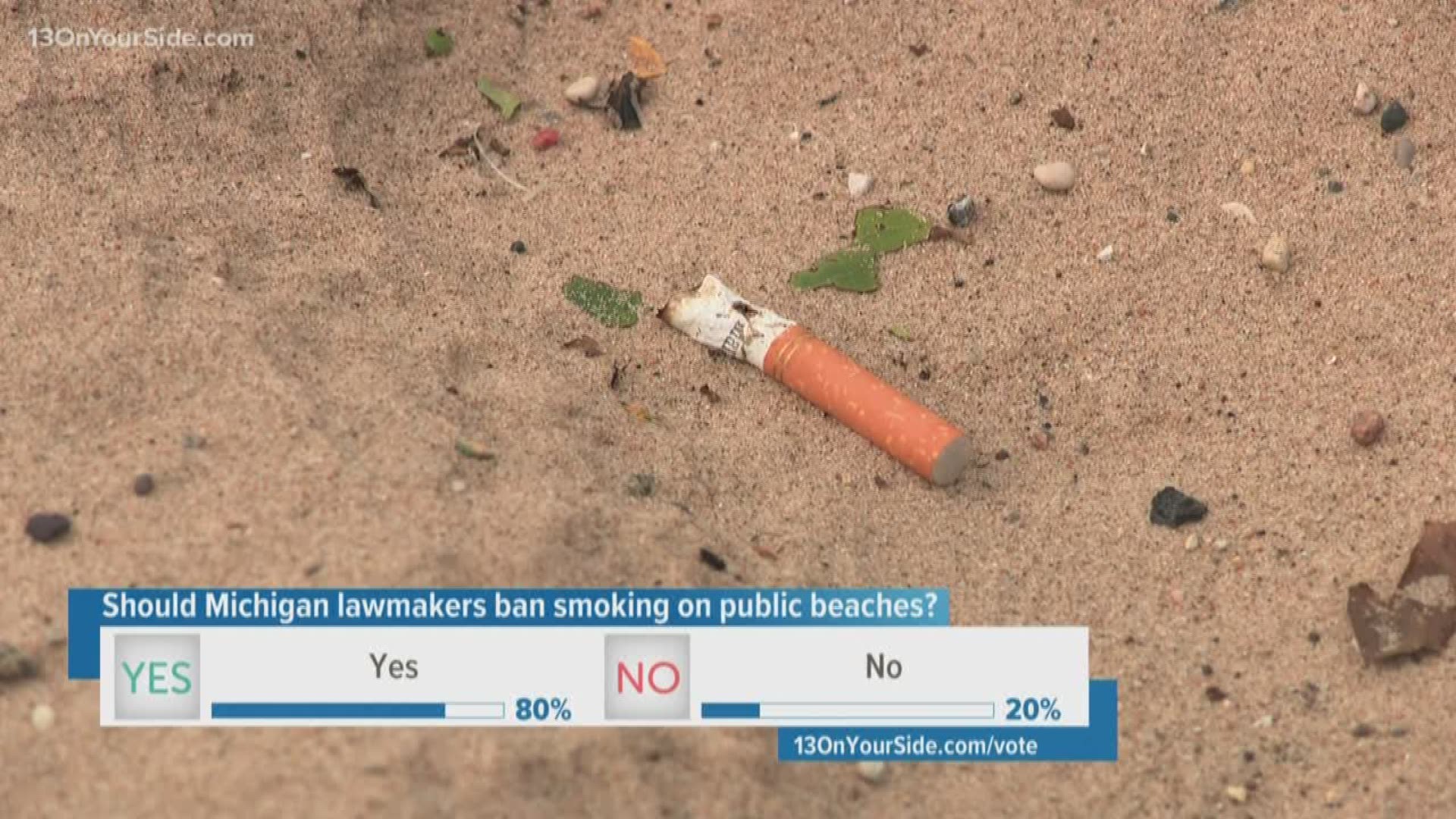 Bills introduced Tuesday, Sept. 10 in the House and Senate would prohibit smoking of cigarettes and cigars on all public beaches.

It comes four months after the Village of Elk Rapids in northern Michigan garnered national headlines by banning smoking at parks, beaches and trails.

Proponents say such a ban would protect air quality for beach-goers while also minimizing litter in public places from smoking.

It is not unchartered territory.

Maine banned smoking at public beaches in 2009. In Hawaii, smoking has been banned at state-owned beaches since 2015. The most recent state to ban beach smoking was New Jersey.

A statewide smoking ban on nearly every public beach in the Garden State went into effect earlier this year. Violators in New Jersey face a $250 fine for a first offense. The fine for a third offense is $1,000.

Florida is testing the waters.  A recent bill would ban tobacco smoking on all of Florida’s public beaches.

Nationwide, more than 300 coastal communities have banned smoking on their beaches, according to a May, 2019 report by the Associated Press.

Publicity campaigns have been used extensively over the years to keep smokers from using beaches as ashtrays.

“Georgia’s Coast is Not an Ashtray’’ was the title of an anti-littering campaign launched earlier this year in Georgia’s beach and waterfront communities.