Whitmer, GOP leaders dig in over limiting her budget powers

Cuts to other programs will start taking effect in coming weeks if a deal is not reached to fully or partially reverse the vetoes.

Credit: AP
FILE - In this June 26, 2019 file photo, Michigan Gov. Gretchen Whitmer speaks about new lead testing rules for drinking water at the Romney Building in Lansing, Mich. Whitmer and Republican legislative leaders announced Monday, Sept. 9 that they will work to enact a state budget without including a long-term funding plan to fix Michigan’s deteriorating roads. The agreement should forestall the possibility of an Oct. 1 partial government shutdown. But it also strips the first-year governor of leverage as she seeks a nearly $2 billion influx of new spending on road and bridge construction in a state that ranks second to last nationally in per-capita road spending. (AP Photo/David Eggert, File)
Author: David Eggert (Associated Press)
Published: 11:44 PM EDT October 29, 2019

LANSING, Mich. — Hours after Democratic Gov. Gretchen Whitmer told Republican lawmakers to negotiate supplemental budget bills without trying to restrict her powers, the GOP-led House introduced legislation Tuesday that would do just that.

The maneuver to limit the governor's ability to unilaterally shift money around within departments was fresh evidence that the sides remain at odds. Whitmer signed a $59 billion spending plan four weeks ago while vetoing nearly $1 billion in proposed spending and using a board to transfer more than $600 million following a breakdown in talks.

Already, charter schools and rural, isolated K-12 districts received no increase in state aid in their first monthly payment — unlike traditional schools. Cuts to other programs will start taking effect in coming weeks if a deal is not reached to fully or partially reverse the vetoes.

In a letter to Senate Majority Leader Mike Shirkey and House Speaker Lee Chatfield, Whitmer said she would convene the State Administrative Board three times this week and next in a demonstration of "good faith" to rescind any fund transfer the panel made on Oct. 1 — if a budget agreement is brokered.

"I urge you to choose a path of negotiation towards a responsible supplemental budget and forgo your attempt to gut state executive authority that's been around for 98 years and championed by Governor (John) Engler," she wrote.

Later in the day, the GOP leaders responded with their own letter urging Whitmer to ensure that the board — which she controls — rescinds all of the $625 million in transfers on Thursday.

"Your willingness to right these wrongs will help to restore trust with the vulnerable groups who are currently at risk, the Legislature that funded the services, and the entire state of Michigan," they wrote.

After the Legislature in late September sent her the final budget in which she had no input, Whitmer declared the legislation "a mess" and became the first governor in 28 years to unilaterally shift funding within individual departments. The board moved more than $400 million to fully fund the Department of Education and consolidate the Department of Attorney General's base operating funds in response to restrictions passed by Republicans. But other transfers cut spending in some areas to boost it in others, such as moving funds proposed for road and bridge work to public transit.

Tuesday's back and forth came as the House GOP introduced bills that would limit how much the Administrative Board could redirect in any single line item to $200,000 in a fiscal year, which — when adjusted for inflation — would reinstate caps similar to what existed in the 1970s and 1980s.

Another bill would require the Legislature to send the governor a budget by July 1, three months before the start of the fiscal year.

House Appropriations Committee Chairman Shane Hernandez, a Port Huron Republican, accused Whitmer of orchestrating an "unprecedented power grab by abusing the authority" of the Administrative Board. The legislative proposal "meets in the middle to resolve this issue," he said.

But Whitmer said she will not spend her time in office diminishing the governor's office for her predecessors, Democrat or Republican. If GOP leaders negotiate in good faith, the impasse could be resolved in a "matter of hours," she wrote. "If you decline, my administration is prepared to move forward making the hard decisions necessitated by the budget as it now stands." 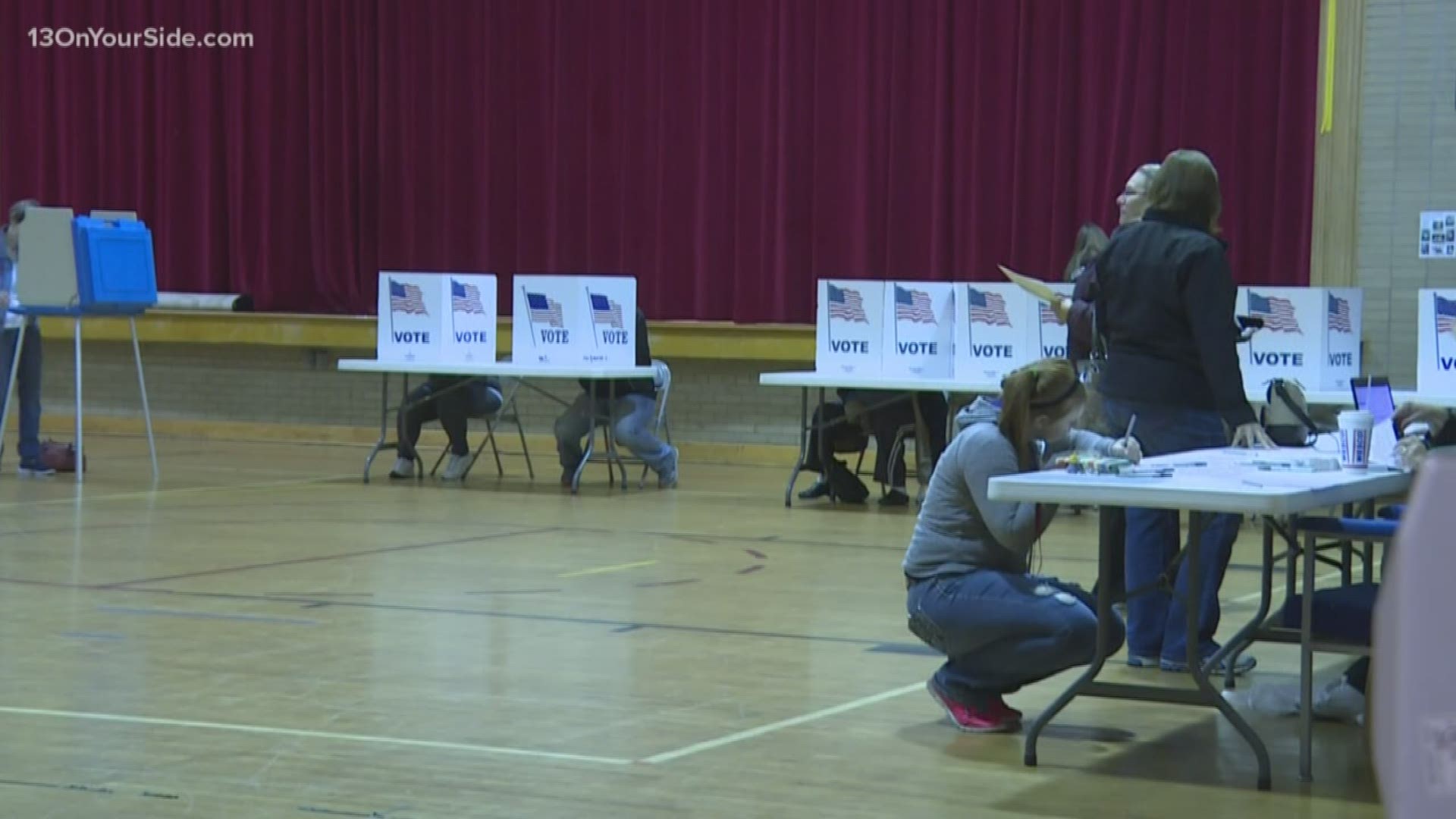 Other stories from the state capitol on 13 ON YOUR SIDE: