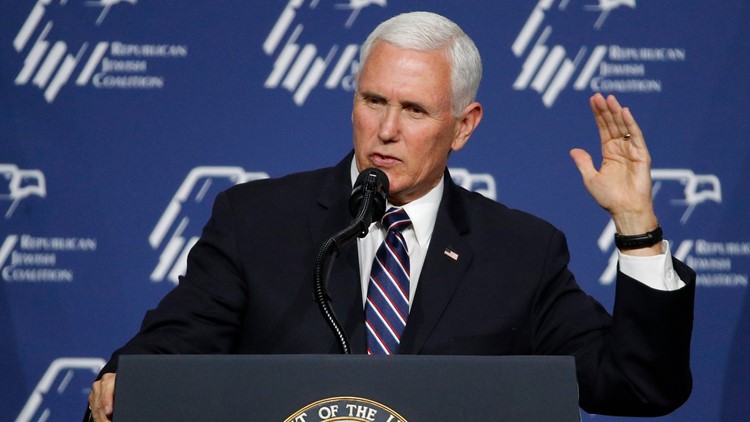 MACKINAC ISLAND, Mich. — Vice President Mike Pence will be in Michigan later this month to give the keynote address at the Michigan Republican Leadership Conference on Mackinac Island.

The announcement of Pence's special invitation was made on Wednesday.

“It is a tremendous honor that Vice President Mike Pence chose to attend this year’s Mackinac Republican Leadership Conference, and it shows the Trump administration’s commitment to our state,” said Laura Cox, Michigan Republican Party Chairman.

DeVos also spoke at the conference in 2017. This year Texas Congressman Dan Crenshaw and Republican Leader Kevin McCarthy will also be speakers at the event.