Puerto Ricans in Houston uneasy as protests erupt on island 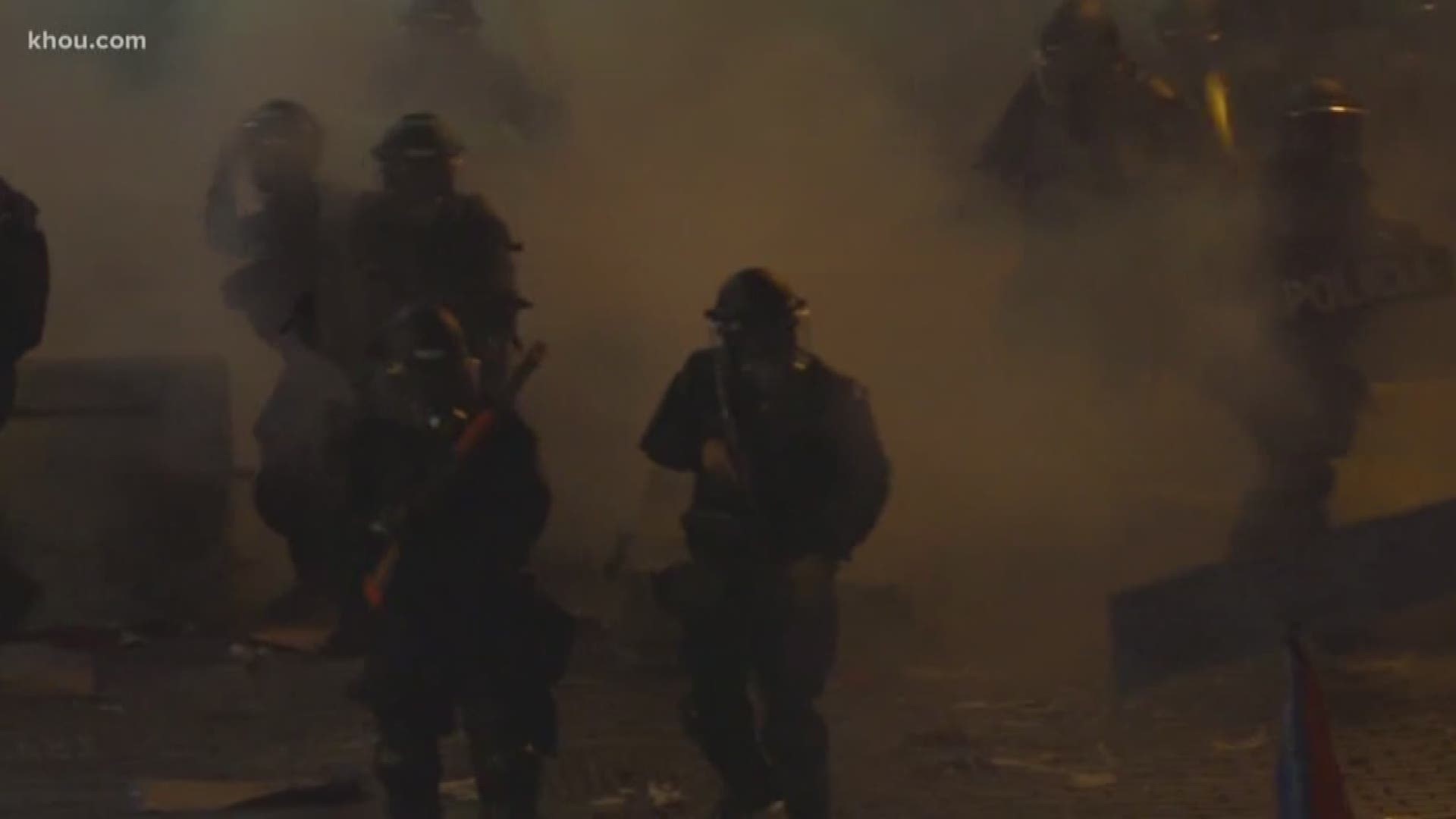 HOUSTON — It was chaos in the heart of San Juan overnight as angry protesters faced off with riot police.

Violence spilled out onto the streets of the Puerto Rican capital. Demonstrators were angry about a major corruption scandal involving the governor.

Santiago is watching it all unfold thousands of miles away in Houston. His family is back in Puerto Rico and tired of the corruption.

"When you're tired of being stepped on, you have to do it," Santiago said. "It could get worse. This is just the beginning of it."

At Tex Chick, Houston's first Puerto Rican restaurant, they're frying up some home-cooked food. Ex-pats are unsure of what could come next.

"There's a lot of people going crazy over there," Theodoro Gonzalez said.

The situation in San Juan already forced Royal Caribbean to re-route two cruises that left Miami away from the island. No cruises from Galveston are currently scheduled to sail to Puerto Rico. For now flights out of Houston to San Juan remain on schedule.

"I'm ashamed, this is not the way people should behave," Gonzalez said.

Across the country, Puerto Rican communities are already organizing protests against Governor Ricardo Rosello. He still refuses to step down amidst the ongoing corruption scandal.

"Ricky get out of there, renuncia," said Santiago. "I don't want you over there. You're causing a lot of troubles."

In Houston, calls for him to resign are growing louder, too. Possible plans for local protests could happen as soon as this weekend.