Chief of Staff Mick Mulvaney told reporters to "get over it" during a press briefing after acknowledging the administration withheld aide to Ukraine. 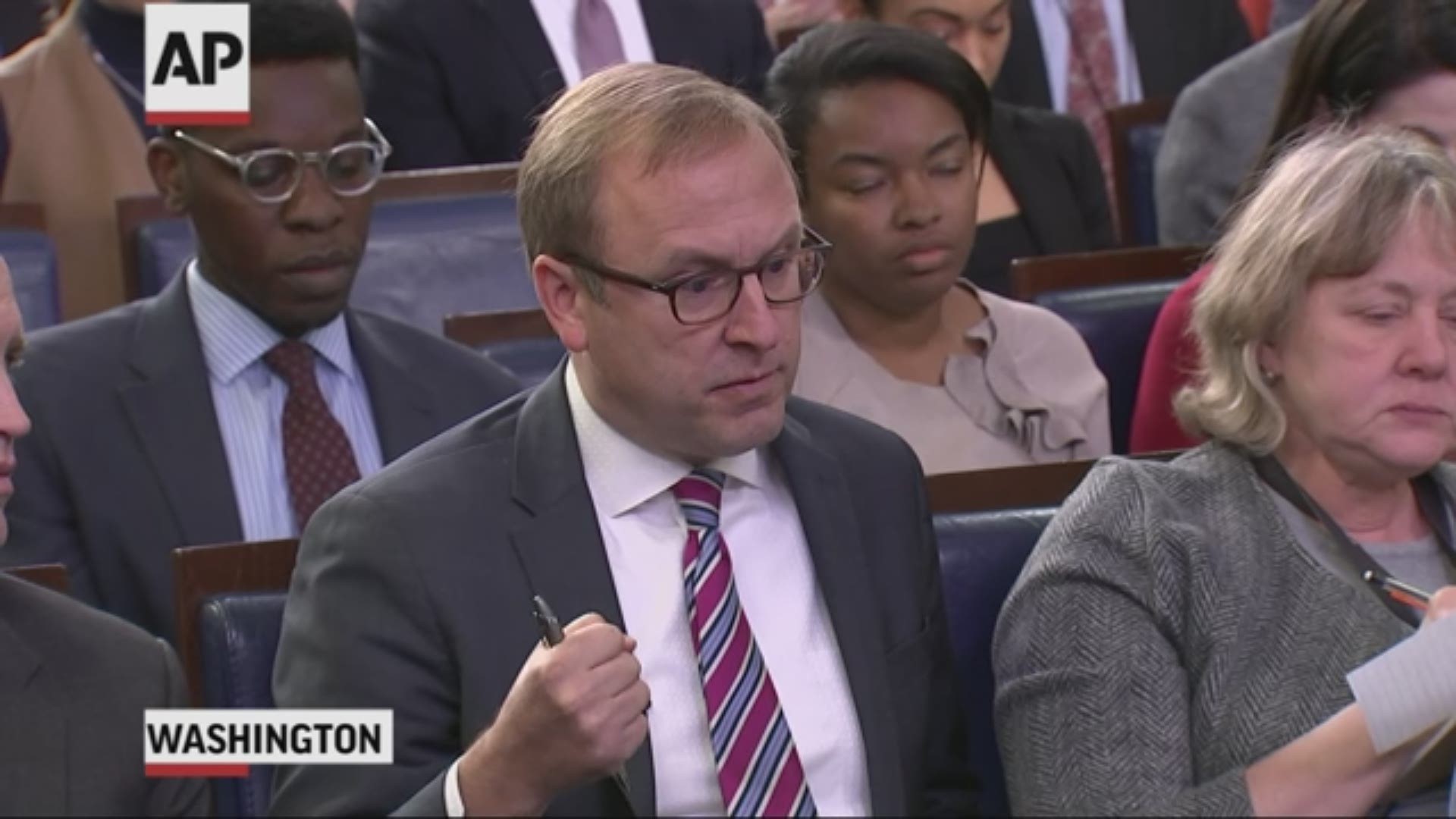 During a press briefing, Mulvaney acknowledged the president withheld aide from Ukraine so the country would open an investigation that would benefit Trump.

"I have news for everybody: Get over it," Mulvaney told reporters Thursday. "There's going to be political influence in foreign policy."

The admission undercut the president's position that there was no quid pro quo during Trump's phone call with the president of Ukraine that sparked the House's impeachment inquiry.

White House aides told POLITICO that Mulvaney was "deeply, deeply unhelpful," and "needs to learn when to stop talking."

The Trump-Pence online store is now selling "Get Over It" shirts complete with President Trump's hair stylized over the "O." The "limited edition" shirts are navy blue and are "proudly made in USA."

A description for the shirts says:

"America is ready for Congress to get back to work. No more WITCH HUNTS! GET OVER IT and get on with it!"