Republican candidates running against Amash in primary for congressional seat

At least two Republicans are running against Amash for the primary nomination. 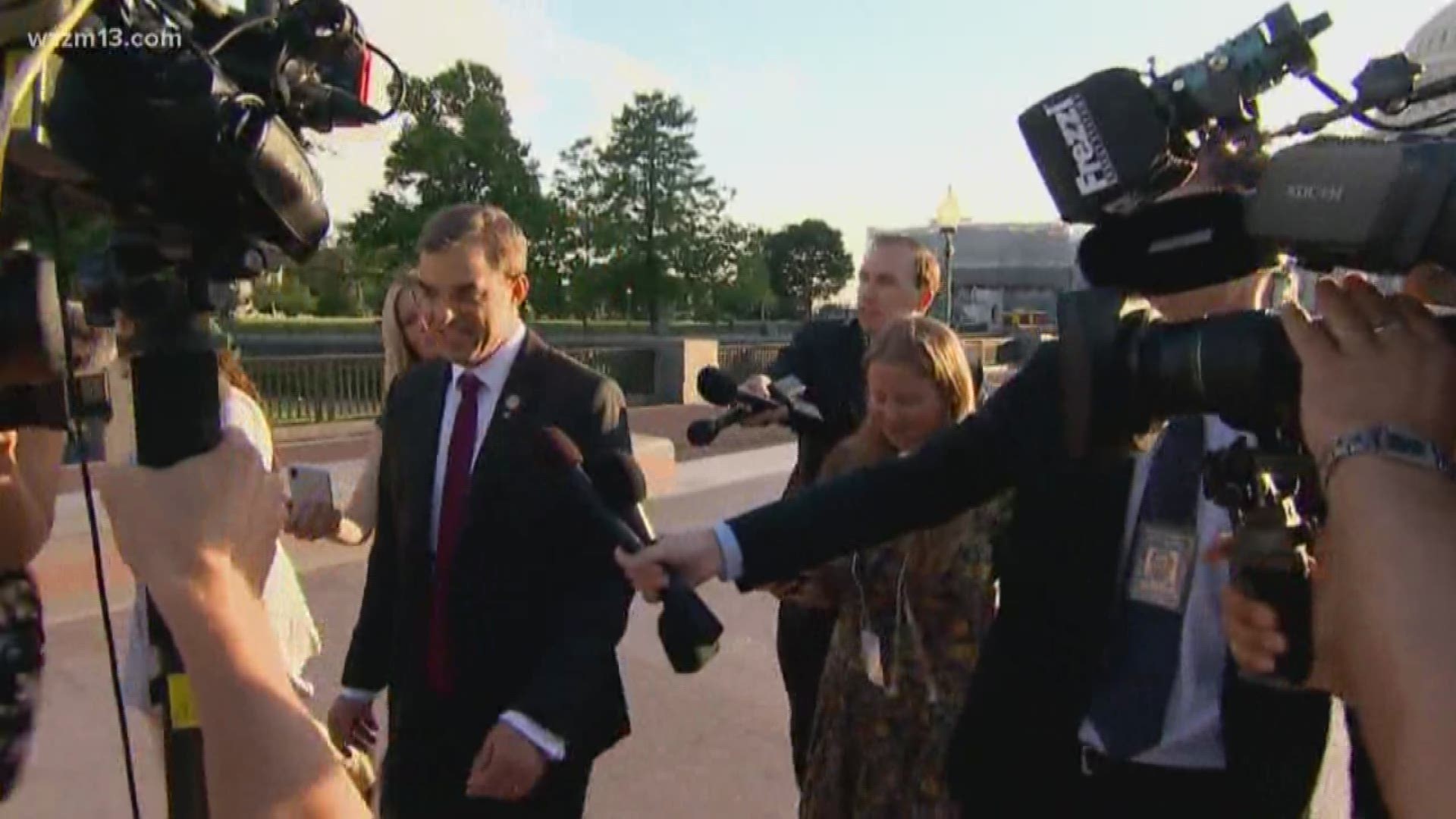 But even without the president’s support, the representative from West Michigan says he is still confident he can defeat his opponents and win re-election

“I feel very confident in my district,” said Amash. “I think they are supportive.”

At least two Republicans are running against Amash for the primary nomination. Sand Lake Village President and Afghan War veteran Tom Norton and Greenville Republican State Representative Jim Lower. Both say it was their plan even before the Congressman provoked President Trump on Twitter, when he said there is enough evidence in the Muller report for impeachment.

In a counter tweet, the president said he was “never a fan of Amash" and called him a “loser” and a “lightweight.” Now the conflict between Trump and Amash is a key campaign issue for the Republican candidates who want to replace the Congressman.

“Him calling for the president’s impeachment, I think that’s totally out of step and out of touch with voters in the district,” said Lower. “I want to make sure they know there is a strong alternative option.”

“The constituents in the 3rd District deserve real representation,” said Norton. “Somebody who is going to focus on veterans, fair trade and support the President of the United States.”

The Republican primary election to choose a candidate for the 3rd Congressional District is in August 2020. The winner will run in the November general election.

“Congressman Amash is a sitting congressional Republican,” said Kent County GOP chairman Joel Freeman. “Until that changes he does have the support of the party, although we are disappointed with the position he took. Very, very disappointing and certainly not anything the Republican Party agrees with.”