State bill proposes banning use of tear gas on crowds

The bill prohibits any chemical compound that temporarily makes an individual unable to function by causing irritation to the eyes, mouth, throat, lungs and skin. 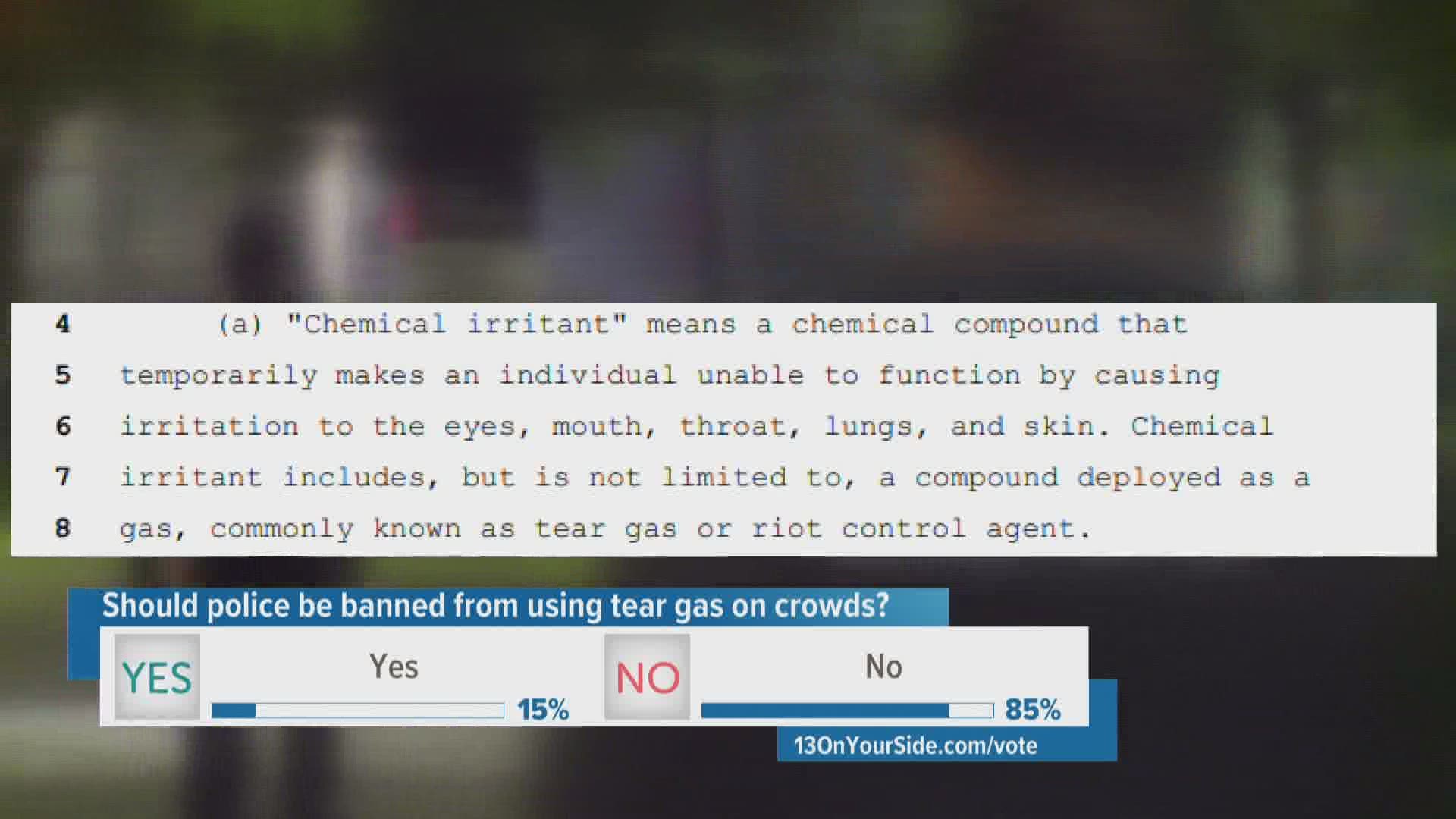 GRAND RAPIDS CHARTER TOWNSHIP, Mich — A Democratic lawmaker introduced a bill in late June that would prohibit law enforcement from using tear gas or other chemical irritants for crowd control.

Hope said she proposed the ban after reports circulated that chemical deterrents were were used on protesters in Washington.

"To use it as crowd control really seems inhumane and cruel and disproportionate," Hope said.

According to the Center for Disease Control and Prevention, riot control agents, also referred to as tear gas, are chemical compounds that temporarily make people unable to function by causing irritation to the eyes, mouth, throat, lungs, and skin.

Hope said her team was purposeful in creating broad descriptions for these agents in the bill.

According to ABC News, wartime treaties, like the Geneva Convention, banned tear gas compounds because of dangerous health effects. However, it remains available for use on civilians in the United States under the argument that it decreases reliance on more lethal weapons.

"The fact that it can’t be used by enemy combatants on a battle field, but it can be used on the city streets, people who are peacefully protesting is a major concern," Hope said.

RELATED: 'I hear it. I know it. I've lived it,' GRPD chief responds to cries for change from protesters

13 ON YOUR SIDE spoke with the Grand Rapids Police Department about the new legislation. Officers, which included GRPD and Michigan State Police, used chemical irritants during a protest against police brutality in late May. The department said it will share a statement Tuesday.

Hope said she expects push back from others in the House but said she is confident that law enforcement can find different, effective means of crowd control.

"I acknowledge that the police have a difficult job. I would never dispute that. It is a difficult job, and I know these are difficult times. I think it’s important that we remember what the principles are of our country and the first amendment is one of our bedrock principles," Hope said.

House Bill 5925 has been referred to the House Judiciary Committee.