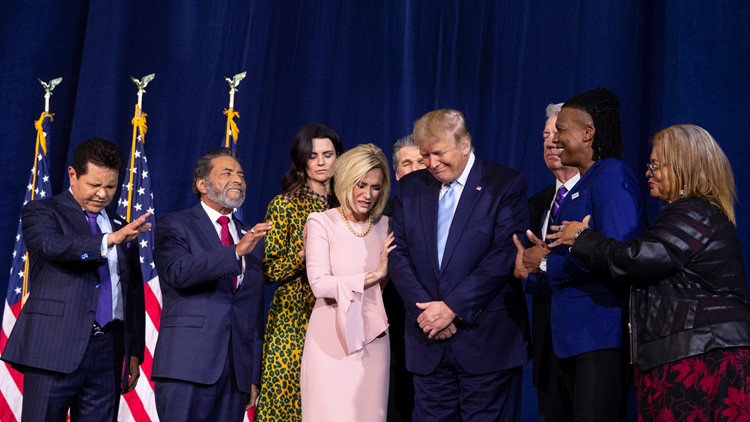 Trump portrays himself as defender of faith for evangelicals

MIAMI — President Donald Trump highlighted his record on religious liberty as he addressed a group of evangelical supporters in Miami.

Trump spoke Friday to more than 5,000 Christians at a megachurch just days after he was the subject of a scathing editorial in Christianity Today magazine that called for his removal from office.

But thousands of the faithful lifted their hands and prayed over Trump as he began speaking and portrayed himself as a defender of faith.

Some of Trump's address resembled his standard campaign speech. But he also cited his support for Israel, installation of federal judges, prison reform and a push to put prayer in public school.