Family members who helped rescue Brandon Stock and his son Riley say it's a miracle the two made it out of the basement alive. 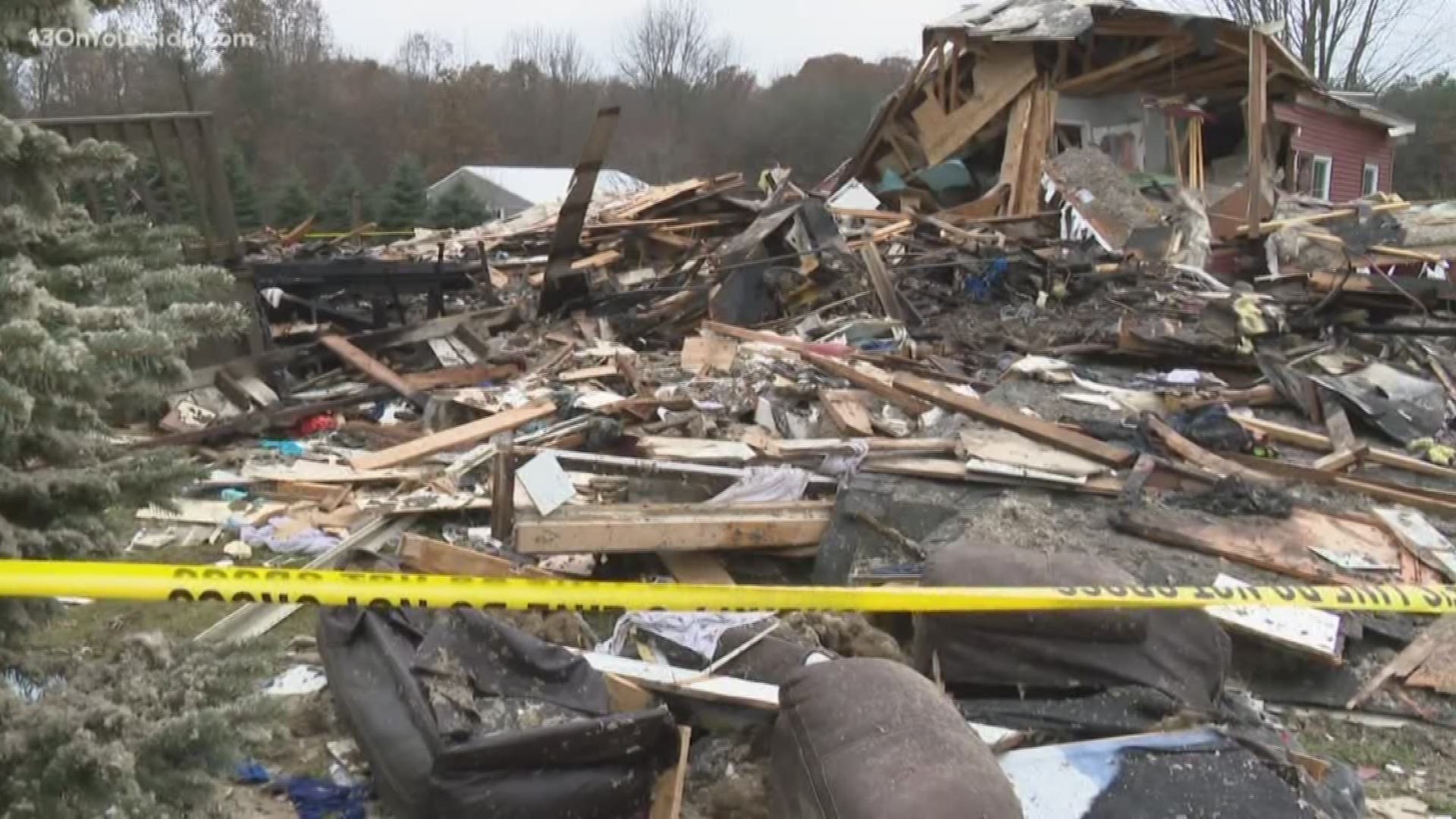 MUSKEGON COUNTY, Mich. — A gas explosion that leveled the Stock family home on Barnes Road south of Apple Avenue in Egleston Township Tuesday afternoon happened after the clothes dryer in the home's basement was started.

Forty-three-year old Brandon Stock and his 17-year old son Riley Stock were trapped in the basement of the home by the blast.

Family members say it was a miracle Brandon and Riley made it out of the house alive. And it might not have happed if Marvin Hill, Brandon's father-in-law and grandfather to Riley, didn't happen to be at his home when the explosion happened.

"It shook my home," said Hill whose house is just behind the Stock home.

Brandon and Riley were the only members of the Stock family home at the time. Brandon's wife and two other children were away.

"I ran right over there and the Lord put me in the right spot," Hill said. "I just started screaming and screaming and it was dead silent, I was so scared."

Hill used a board from the burning pile of debris to pry open a small hole to the basement.

"My grandson, I saw him crawling and I could see he was hurt and he held his hand up and he was all bloody and I was able to pull him up," Hill said.

Another relative ran to the home and helped Hill pull Brandon from the same small hole.

"The flames were shooting up near me and it was so hot," Hill said. "I couldn't leave him."

Hospital staff in Grand Rapids say Brandon is in serious condition and Riley is in fair condition.

According to Hill, the home's propane tank was filled and the system was pressurized Tuesday afternoon.

"Because we haven't had if full in awhile they wanted to pressurize the system and make sure everything is OK," Hill said. "I heard the truck leave and it was 10 minutes later just ka-boom."

State and local fire investigators visited the site Wednesday. Some items to be tested were removed from the debris pile. Investigator will be working to determine the cause of the explosion.

Both Brandon and Riley received significant burns on their hands and face but Hill says they're in good spirits and their entire family thanks the Egelston Township community for their thoughts and prayers. 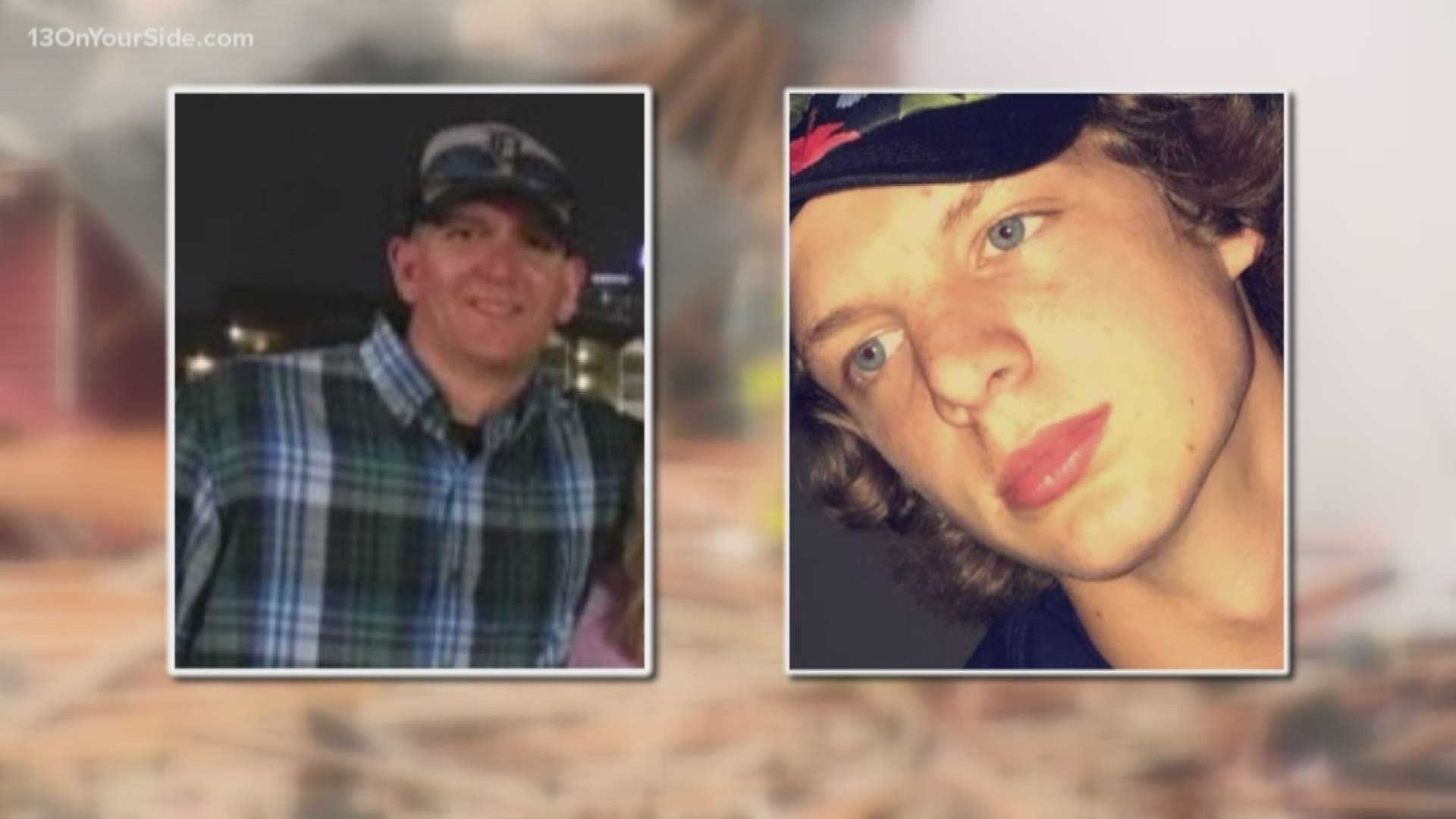