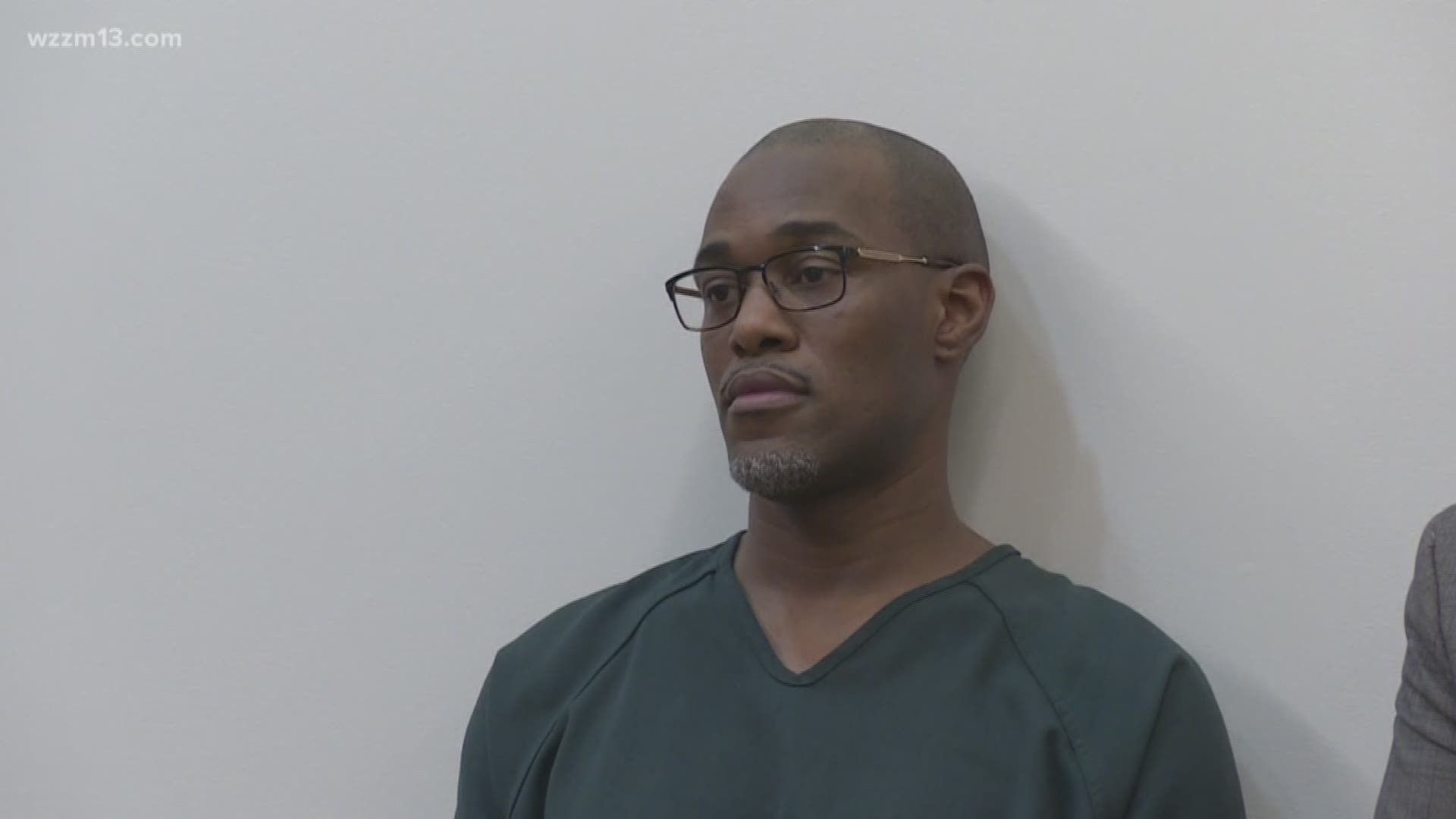 Quinn James, 43, was sentenced to life in prison without the possibility of parole Monday for the murder of Mujey Dumbuya, a 16-year-old East Kentwood High School student who accused him of rape.

"This is a horrific crime committed against a very vulnerable young girl," said Kent County Judge George J. Quist. "I know that Mr. James denies that he committed it, but having sat through this trial I believe that the evidence is circumstantial but it is overwhelming that he did commit the crime."

Dumbuya was set to testify against James in a sexual assault case where she was raped multiple times in the summer of 2017. However, she was killed in January of 2018 before that trial started.

Even without Dumbuya's testimony, James was found guilty of raping her. In Oct. 2018, the 43-year-old was sentenced to a minimum of 20 years in prison for the sexual assault.

Before being sentenced for the murder, Dumbuya's family shared emotional statements with the court. Her mother and her aunt both spoke, and they were wearing shirts with pictures of Dumbuya.

“I love you Mujey," said Fatmata Corneh, the girl's mother. “She didn’t [sic] deserve what happened to her."

"My heart is broken," Corneh told the judge.

Dumbuya would have graduated from East Kentwood High School this year, Corneh said.

"This little girl was very happy. She had an infectious smile and was full of life," said the teen's aunt, Jainya Sannoh. “Her family was devastated, heartbroken, traumatized.”

“Cowards like him take the easiest way out. Cowards like him are not man enough to face the reality," she said. “He was so scared of Mujey, so he decided to wipe her off the surface of this earth.”

"It is hard for me to forgive him," she said. "People like this do not deserve to be in the community."

James also spoke at the sentencing. He has continued to deny that he raped and murdered Dumbuya. "I feel their pain, I do," he said tearfully to Dumbuya's family.

Here is a timeline of the Quinn James case:

For more information, here are links to our past reporting:

June 8, 2018 | Quinn James heading to trial for the murder of 16-year-old Mujey Dumbuya

Dec. 11, 2018 | Man charged in Kentwood teen's murder sentenced to decades in prison for raping her

Feb. 18, 2019 | Trial begins for man accused of killing girl who accused him of rape