The Kent County Land Bank, a nearly-decade old agency is changing its name to InnovaLaB. It is also set to launch a new tool that could have a huge impact on West Michigan housing. 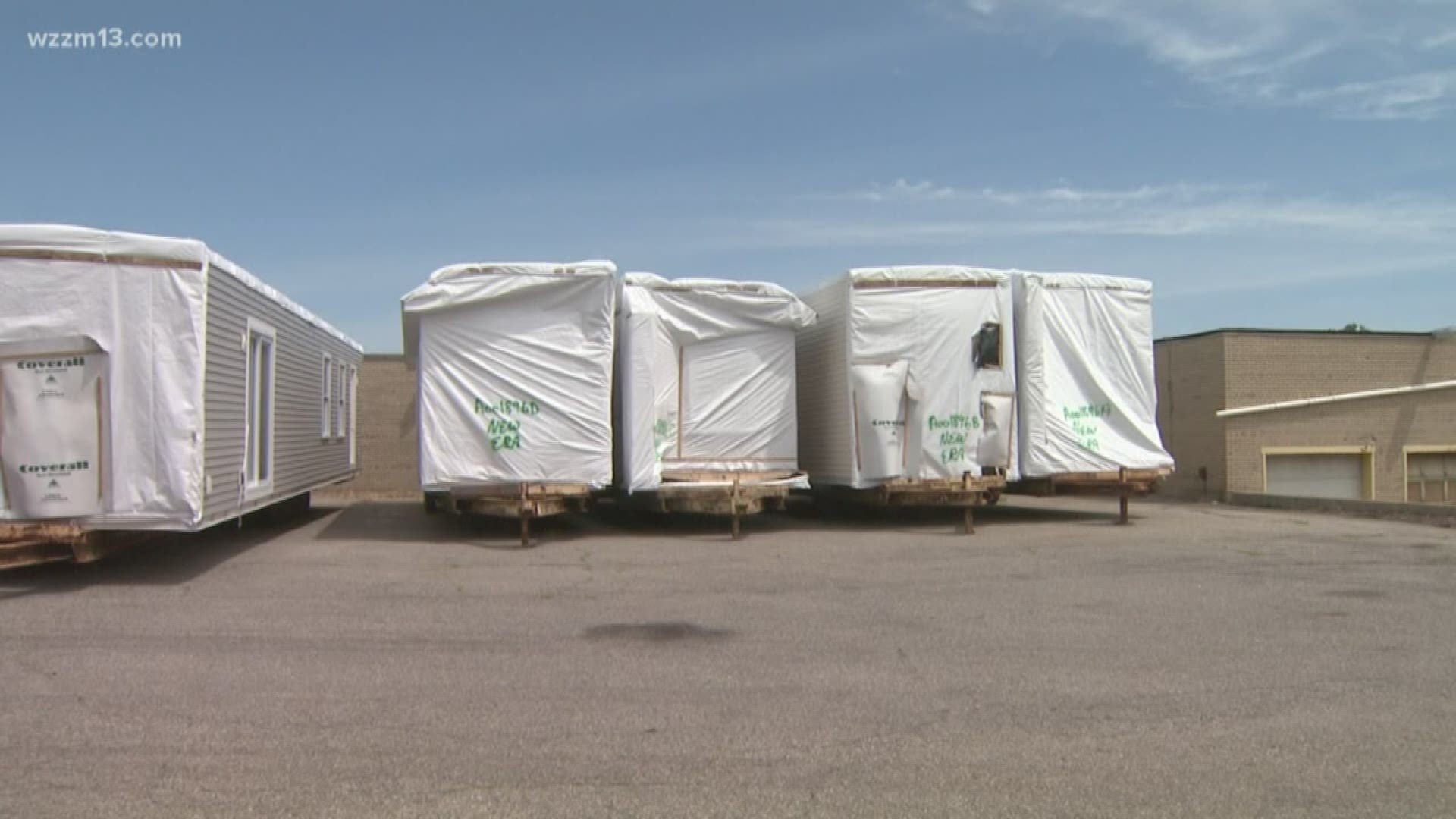 The agency, which changed its name to "InnovaLaB," announced Monday it will build at least nine prefabricated houses in the city. The homes could sell at prices 30 percent lower than comparable stick-built homes in the market, said David Allen, executive director at InnovaLaB.

Modular homes are made in a factory and delivered in "boxes," which are then installed on a foundation. Building each box takes approximately one day to finish, said Dave Seals of Troy-based Champion Homes, the company contracted to assemble the homes.

“It’s all indoors,” Seals said. “There’s no rain delay…it’s all a dry process. Depending on where you put in the order and where the order is for the factory, it could be built in three weeks and be set two days later.”

"Somebody would come in and say 'I want this house and I want it on that lot.' We order it and the house will be installed, I'd say, within conservatively 8 weeks. And then once it's installed it takes about 2 weeks after that to do the finish up work," Allen said.

The agency owns approximately 125 lots, which they will make available for purchase. The InnovaLaB office, located at 347 South Division Avenue, will soon become a showroom for people to browse the properties, said Ken Parrish, the treasurer for Kent County and chair of the InnovaLaB board of directors.

Buyers will be able to choose from about 25 different modular home designs with even more customizable features, Allen said.

"When we are fully implemented we will have about 13 designs that could be used in about 25 different ways. That's 25 different types of homes. Those will be ready to go: they're vetted at the state, they're drawn, there's elevations you can pick your style of flooring -- all that kind of stuff."

"It is 2 x 6 construction, blown-in insulation, high-end finishes, standard roof lines and upgraded windows. We have really been behind the times in the state of Michigan. There are other states that have really accelerated at this. They are building million-dollar mansions in Colorado and in California using the same concept. So truly I think very quickly we will break the stigma of what a modular home is."

InnovaLab will install two homes Tuesday, one on Thursday and has plans to order six more next week.

The organization will receive 50 percent of the property taxes for five years after the homes are put back on the market. Allen said everyone from home owners to non-profit housing corporations to builders stand to benefit from this initiative.

"I think the real estate industry as a whole will benefit by having a much-needed inventory to ease the market. It will make things a little bit more healthy. And, I think the economy will benefit regionally," said Allen.

This is a process that can be replicated across Michigan, according to Josh Burgett the director of the Michigan Land Bank.

"We're having conversations with folks in Holland and in Muskegon about this concept. This is truly a statewide issue, but I think the epicenter is in West Michigan," Allen said. "So, I think really everybody will benefit." 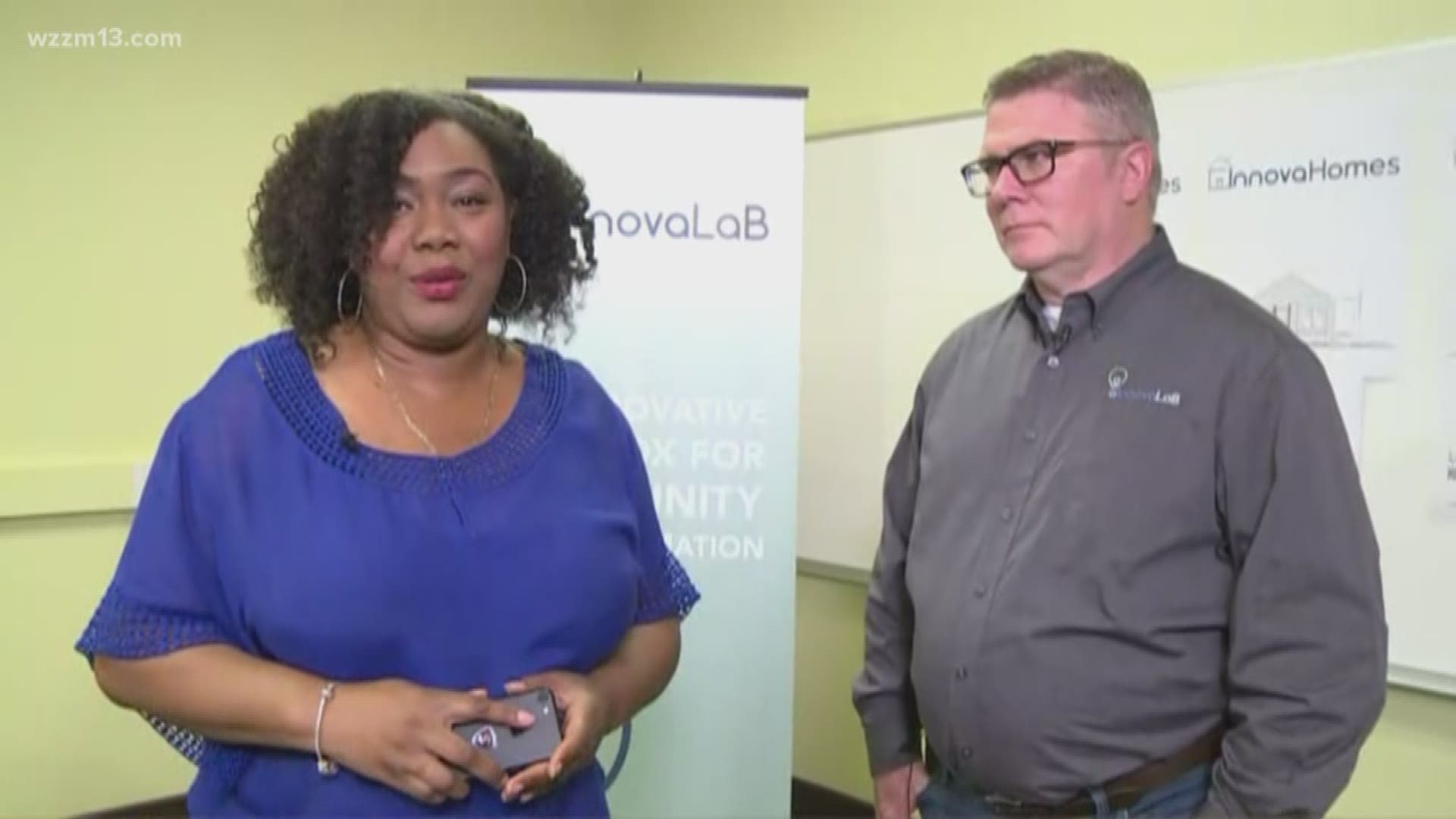