'Dude, that would be so funny:' Report details aviators' conversation before drawing phallic shape

Two junior Navy officers never counted on the contrails lingering long enough in the Washington sky for those on the ground to see the drawing. 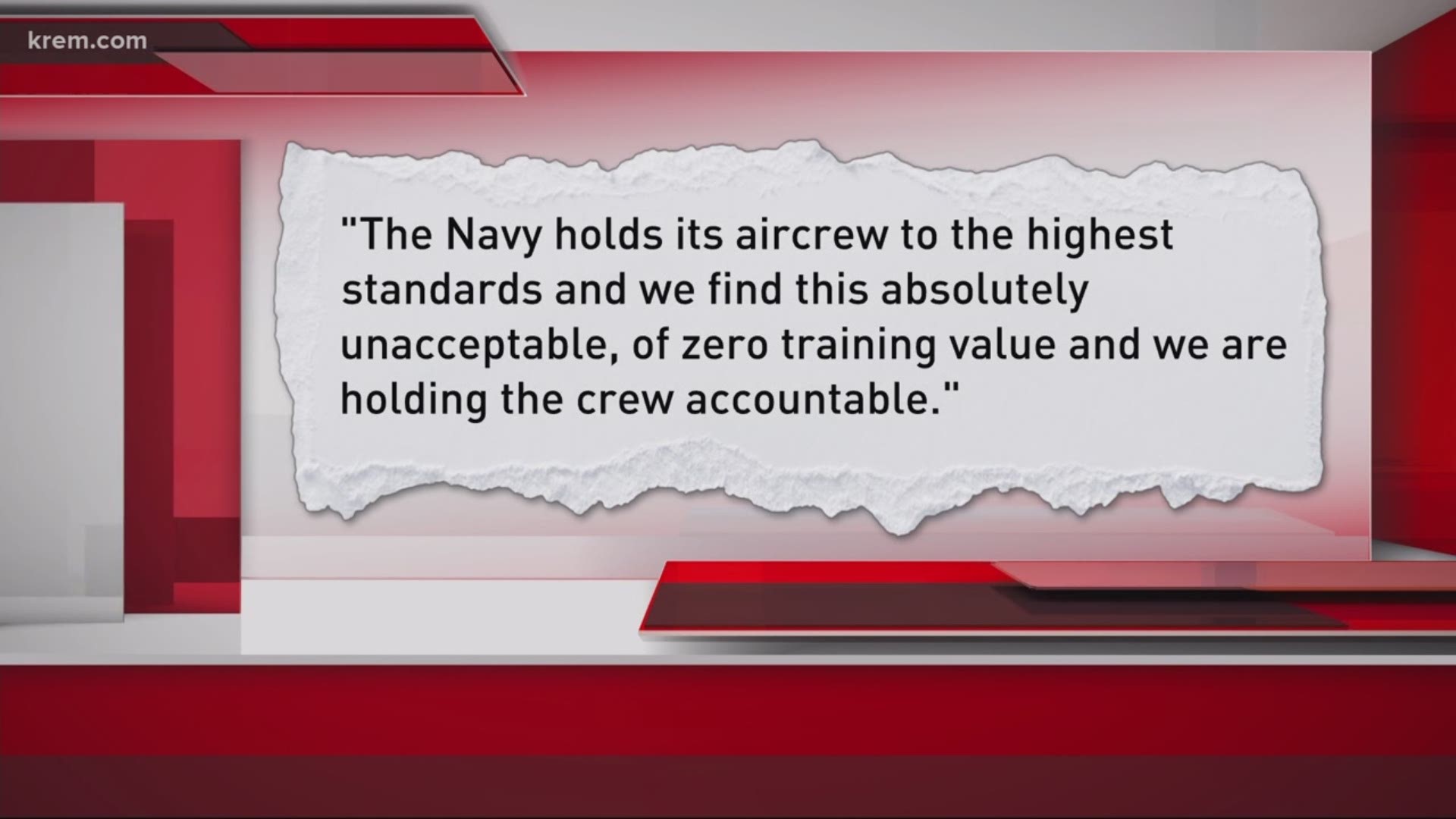 SPOKANE, Wash. — Warning: This story contains graphic content and language that some readers may find offensive.

SPOKANE, Wash. — On November 16, 2017, a peculiar call came into the KREM 2 newsroom. A woman on the other end of the phone said there were phallic shapes drawn in the sky in Washington.

Officials with the Naval Air Station Whidbey Island confirmed that one of their aircraft was involved.

The Navy even sent a letter to the Okanogan School District apologizing for the obscene sky drawings.

That was the last we heard about the incident – until now. The Navy Times recently obtained a copy of the military’s investigation into the obscene drawings in response to a Freedom of Information Act request.

The investigation says that the two junior officers with what is known as the “Zappers” of Electronic Attack Squadron 130, never counted on the contrails lingering long enough for those on the ground to see the drawing.

Flying as Zapper 21, the lieutenants responsible for the drawing took off from Whidbey with another jet at about noon that day, according to the investigation.

According to the investigation, the squadron’s commanding officer praised the pilot as a “shy introvert” and “whiz kid” who managed training and readiness with higher efficiency and effectiveness than anyone else he had seen in a squadron.

The Navy Times says that the discipline the lieutenants faced remains unknown. Officials declined to provide such records due to privacy regulations and redacted all names in the report copy.

The electronic warfare officer (EWO) was the first to bring up the idea, according to the investigation.

“My initial reaction was no, bad,” the pilot wrote in a statement after the incident. “But for some reason still unknown to me, I eventually decided to do it.”

The crew’s plan was captured on the cockpit video recording system, which the Navy Times received access to in the investigation.

The conversation included some of the following, according to the investigation.

“Draw a giant penis,” the EWO said. “That would be awesome.”

“What did you do on your flight?” the pilot joked. “Oh, we turned dinosaurs into sky penises.”

“You should totally try to draw a penis,” the EWO said.

“I could definitely draw one, that would be easy,” the pilot replied. “I could basically draw a figure eight and turn around and come back. I’m gonna go down, grab some speed and hopefully get out of the contrail layer so they’re not connected to each other.”

RELATED: Then and now: See how the Treasure Valley has grown in the last 100 years

“Dude, that would be so funny,” the pilot said. “Airliner’s coming back on their way into Seattle, just this big (expletive)ing, giant penis."

According to the investigation, the crew later flew to a distance where they could look at their work. They laughed as the drawing came into full view, snapping photos they would later delete.

“Oh yes, that was (expletive)ing amazing,” the pilot said. “This is so obvious.”

The crew then waited to see if their partner jet would notice the drawing, according to the investigation.

“Your artwork is amazing,” the lieutenant commander EWO in the other jet radioed to them.

Soon after, the pilot realized that the contrails were remaining longer than the crew had predicted, according to the investigation. The pilot then flew one pass over it to scribble it out with his contrails but the tactic was not effective.

When the executive officer later asked the lieutenants if anything unusual had happened during their flight, they immediately admitted to the drawings and apologized, according to the investigation.

“[One lieutenant] stated that he deleted the sky drawing photographs from his phone out of shame and as an attempt at damage control to prevent further accidental spread of the photographs,” the investigator wrote.

“They both apologized and were at once remorseful,” the executive officer wrote in a summary.

The squadron’s commanding officer was “furious” and asked both lieutenants if they had any idea what the ramifications of the drawing would be, according to the report.

Neither lieutenants had any previous disciplinary problems and the drawing was made after the training was completed, according to the report.

Navy officials said that the lieutenants would go before a disciplinary board but the investigating officer eventually recommended they receive “non-punitive letters of instruction,” according to the investigation.

“While the sky writing conducted by (the lieutenants) was crude, immature, and unprofessional, it was not premeditated or planned and not in keeping with their character demonstrated prior to the incident,” the investigator wrote.

“Even so, it has caused the United States Navy severe embarrassment in the public arena and jeopardizes the strategic narrative that underpins the justification of the flight hour program," the investigator continued.

The executive officer also defended the lieutenants, calling them both “fine officers and capable aviators,” according to the investigation.

“They 100 percent need to be held accountable, but if they are allowed to continue in naval aviation this is not a mistake they will repeat,” he wrote. “Minus the current circumstances, they have never given me a reason to doubt their trustworthiness or their resolve to be officers in the Navy.”

The investigator also interviewed squadron members of all ranks to see if the drawings reflected larger problems at the command, according to the investigation. Personnel reported no concerns.

A 2017 command climate survey had placed the squadron above or within Navy averages for nearly all measurable areas, the investigator wrote.

“The investigation revealed no indications of poor command climate and no evidence or allegations (of) overt sexism or misogyny,” the report states.

“This was a really bad decision by some really good guys in a really good squadron,” one squadron officer added.

The Navy is not the only military branch to come under scrutiny for phallic sky drawings. In October 2018, the U.S. Marine Corps launched an investigation after social media users said a California-based Marine flight appeared to trace out a phallic shape in the sky. 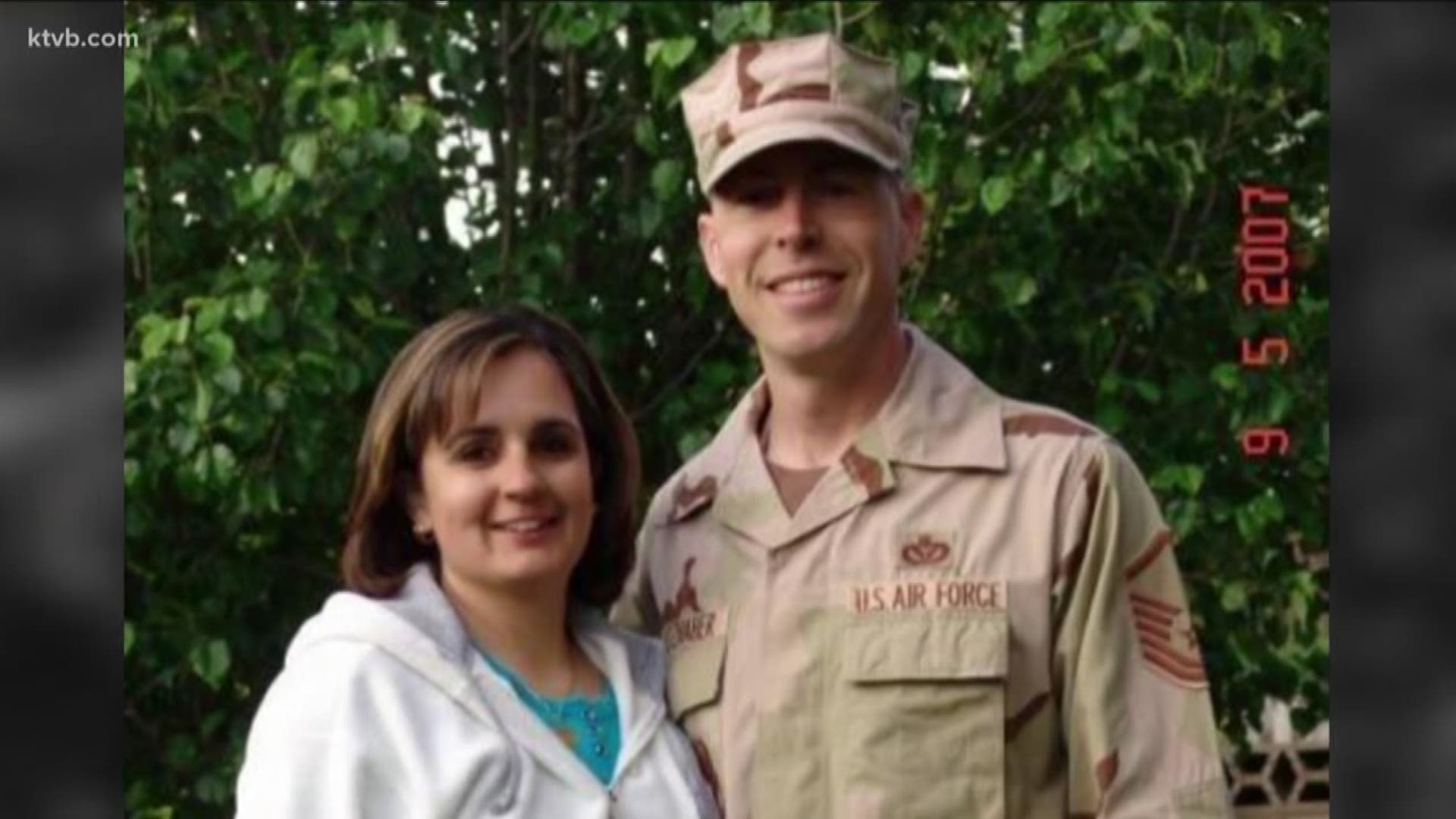