Officials say the two individuals found were the only ones in the home. A death investigation is underway for the woman, who was pronounced dead at the scene. 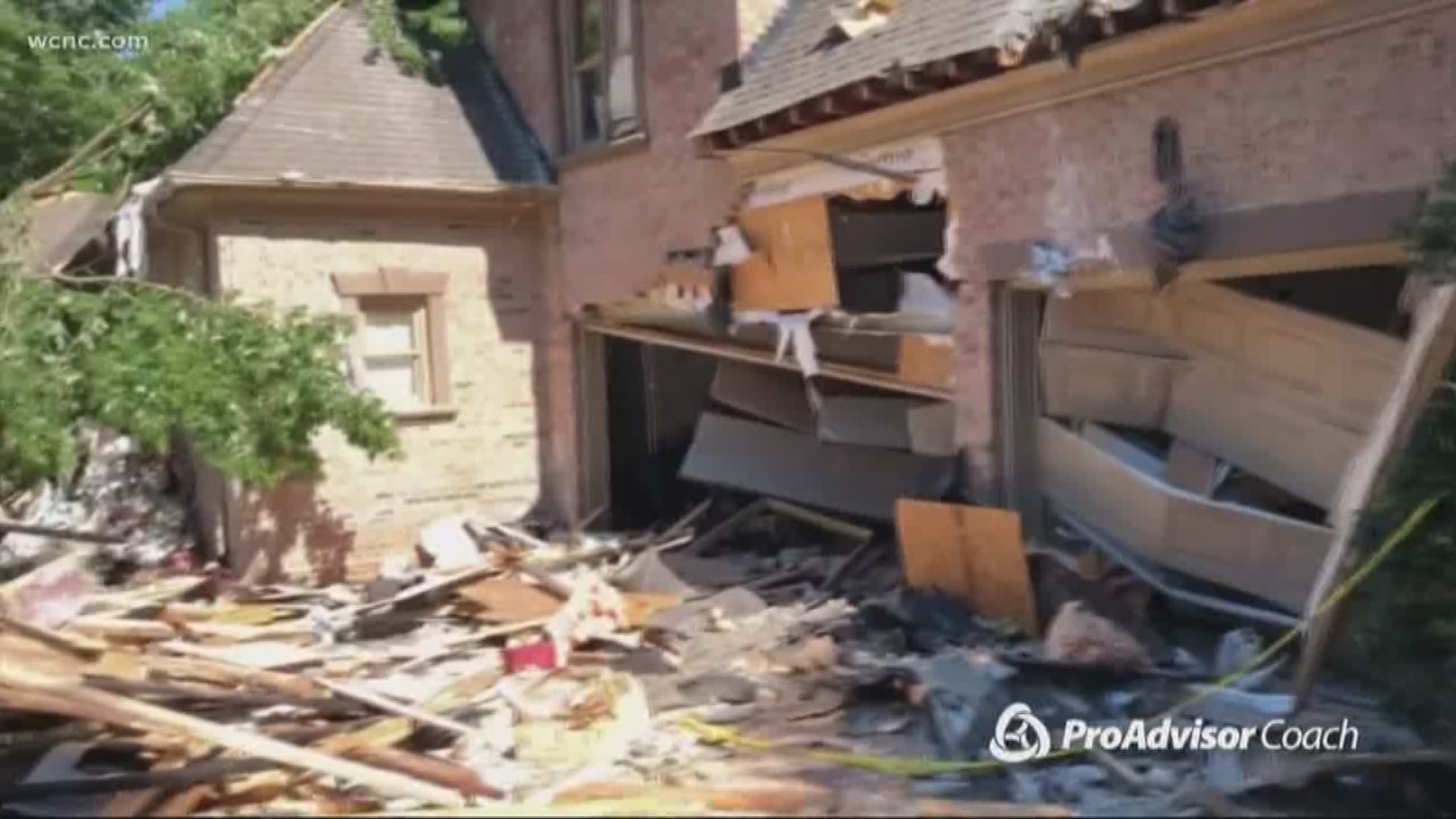 CHARLOTTE, N.C. — Firefighters said a woman was found dead in the rubble after a home exploded near the Ballantyne Country Club Tuesday afternoon.

The Charlotte-Mecklenburg Police Department confirms the woman killed in the explosion was 58-year-old Rania Karam.

The explosion happened around 2 p.m. on James Jack Lane. Emergency dispatchers received multiple calls from neighbors who felt the explosion. Fire officials said the explosion was felt several miles away, including at a nearby Publix, where some customers thought a bomb went off in the parking lot.

Charlotte Fire also said a second victim, a man, was pulled from the debris. Miraculously, officials said the man was able to call 911 and directed firefighters to his location. He was flown to a Charlotte hospital for treatment of his injuries.

According to the police report from CMPD, Jebran Karam, was the man who placed the 911 call.

The hospital where Karam works released the following statement regarding the incident:

“Our thoughts and prayers are with the Karam family during this difficult time. Dr. Jebran Karam is a tremendous cardiologist, physician and advocate for his patients. We wish him a full and fast recovery.”

Wednesday, one of Karam's spoke on his relationship with him.

"Dr. Karam is one of the finest men I've met in my life," he said. "He's a wonderful man, a wonderful physician, he's the kind of guy who takes a lot of time with his patients."

Charlotte Fire officials said they're confident the two victims found were the only people in the home during the explosion.

Charlotte Fire officials say identified an interior gas leak as the preliminary cause of the explosion.

Charlotte Fire says the explosion was likely accidental. Officials stressed they believe it was interior, not exterior, meaning other nearby homes don't need to worry.

Charlotte's not the first city to experience this and likely won't be the last.

Firefighters don’t know what sparked the explosion, but they believe natural gas fueled what they say was an accident. They said the survivor smelled an odor shortly before.

Investigators said you shouldn’t be overly concerned about your home, but should take precautions, regularly maintaining your household appliances and not taking any chances if you ever smell gas.

"There's a reason that there's an odor added to resources like natural gas, to let you know if you smell that there's potentially an issue," CFD Battalion Chief Matt Westover said.

Just a day before this explosion, a home in Georgia exploded. Last month, an explosion in New Jersey leveled a home. In May, another explosion, this one deadly in Indiana, damaged more than a dozen houses nearby. Someone else died in March in Colorado and yet another person died in February in Minnesota.

Of those explosions, in the cases where investigators determined or predicted a cause, they blamed either natural gas or propane.

Additionally, this wasn't the first explosion in Charlotte. Firefighters said there was one in 2008 that led to fatalities, but the damage was isolated, unlike in this case.

After Tuesday's explosion in Ballantyne, neighbors were checked by Medic and evacuated from their homes. Some neighbors spent the night in a hotel as a precaution for their safety.

Several ambulances were on scene as well as a mass casualty bus.

Piedmont Natural Gas released a statement late Wednesday morning that stated their technicians tested and checked the Piedmont natural gas lines in the area, and no natural gas leaks on the lines were detected.

We are deeply saddened by the tragic loss of life. Our condolences and prayers are with those who are injured and who’ve lost a loved one.

Piedmont Natural Gas is committed to assisting and cooperating fully with the fire department and other agencies investigating this tragedy. The safety of this community continues to be our highest priority.

CMPD Deputy Chief previously said they hadn’t ruled out anything about the cause of the explosion saying “even the survivor himself has no idea."

Crews that responded to the scene "arrived at a pile of debris", according to Charlotte Fire. The department reports the home collapsed due to the fire.

More than 80 firefighters were on scene. Officials say crews were provided with water and shade because temperatures were in the 90s.

RELATED: Firefighters braving the heat on the scene of Ballantyne home explosion

Two patients from surrounding homes were evaluated for non-life threatening injuries. Seven firefighters were treated on the scene with IVs, then returned to duty. One firefighter was transported to a nearby hospital for non-emergency dehydration, according to Charlotte Fire.

Police confirm the address of the home is 11812 James Jack Lane. Property records show the 8,830 square foot home was built in 2004 and most recently purchased in June 2015 for $1.2 million.

Investigators estimate the total damage to the home and the surrounding homes to be about $5 million.

“The whole house just shook, like, I can’t even describe it. It looked like the ceiling was snowing," a neighbor told NBC Charlotte.

“When I passed the front door, I saw my front door was blown open, and then as we progressed through the house, I saw that my walls were just cracked open, and the garage was just imploded, at which point, I just told the kids, 'We have to run out of here,'" she added.