Tony Devern Streets, 33, is charged with three felonies, including open murder, for the Oct. 3 stabbing death of Joey Vitale at Burton Heights Pizza in Grand Rapids. 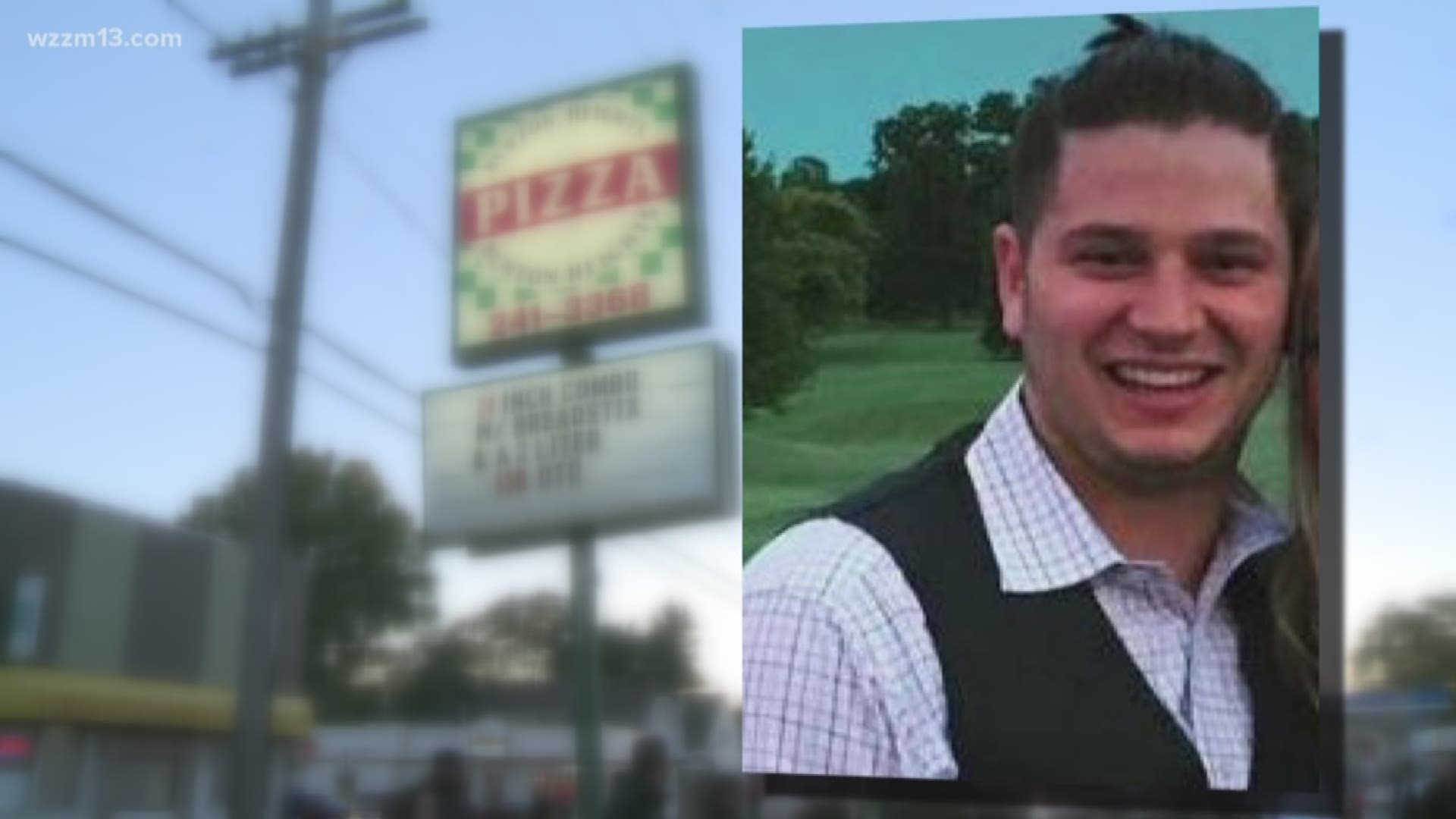 GRAND RAPIDS, Mich. - The man accused of killing a popular Grand Rapids pizza store owner had his first taste of the criminal justice system when, at the age of 10, he was accused of sexually assaulting a girl.

Before he reached adulthood, Tony Devern Streets Jr. accumulated another 18 charges for offenses ranging from larceny to domestic violence. He saw also his father locked up for raping a child.

On Friday, the 33-year-old Grand Rapids man answered to three felony charges that could keep him, like his father, in prison for life.

Streets was arraigned in Grand Rapids District Court on a charge of open murder for the stabbing death of 31-year-old Joseph ‘Joey’ Vitale, a married father of two. He’s also charged with armed robbery and car-jacking. All three offenses are punishable by up to life in prison.

Investigators say Streets was causing a disturbance and was asked to leave. He grabbed a knife and stabbed Vitale before heading outside.

Streets then confronted a man in the parking lot who was attempting to call 911. He threatened the man with the knife, took his cellphone and ran off, investigators said.

Vitale, bleeding heavily, got into his vehicle and attempted to drive himself to a hospital about three miles away. His vehicle crashed a short distance from Mercy Health St. Mary’s hospital. Vitale was taken by ambulance to the hospital, where he later died.

As Vitale drove from the restaurant, Streets ran north. He confronted a man in an SUV at Darwin Avenue and Quigley Boulevard SW and tried to take his vehicle. The man fled on foot, keys in hand, and flagged down approaching police vehicles.

Officers, assisted by a police dog, soon located and arrested Streets, who put up a struggle.

Streets is also charged with being a fourth felony offender, which carries a mandatory minimum prison term of 25 years if he is convicted.

The 2007 cases stem from an altercation outside a Northwest Side bar in which Streets assaulted two men with a car. He got prison time for that.

His last stint in prison was tied to a 2012 conviction for felonious assault and malicious destruction of a police vehicle. In that case, Streets assaulted two women with a knife at his home on Deloney Avenue north of Watson Street SW. He also kicked in the driver’s side rear door of a Grand Rapids police car, court records show.

The Sept. 2012 incident came six months after he expressed suicidal thoughts. A physician who met with Streets in March of 2012 diagnosed him as having depression and recommended in-patient hospitalization.

“He states that after getting out of jail, he feels that he has no hope for the future and nowhere to turn,’’ the doctor wrote in an evaluation contained in probate court records. “Did take an overdose of methadone in an attempt at suicide.’’