Road safety during the winter storm

"Visibility is a huge issue today. We’ve had one of our trucks run into, because the person was driving faster than he should have." 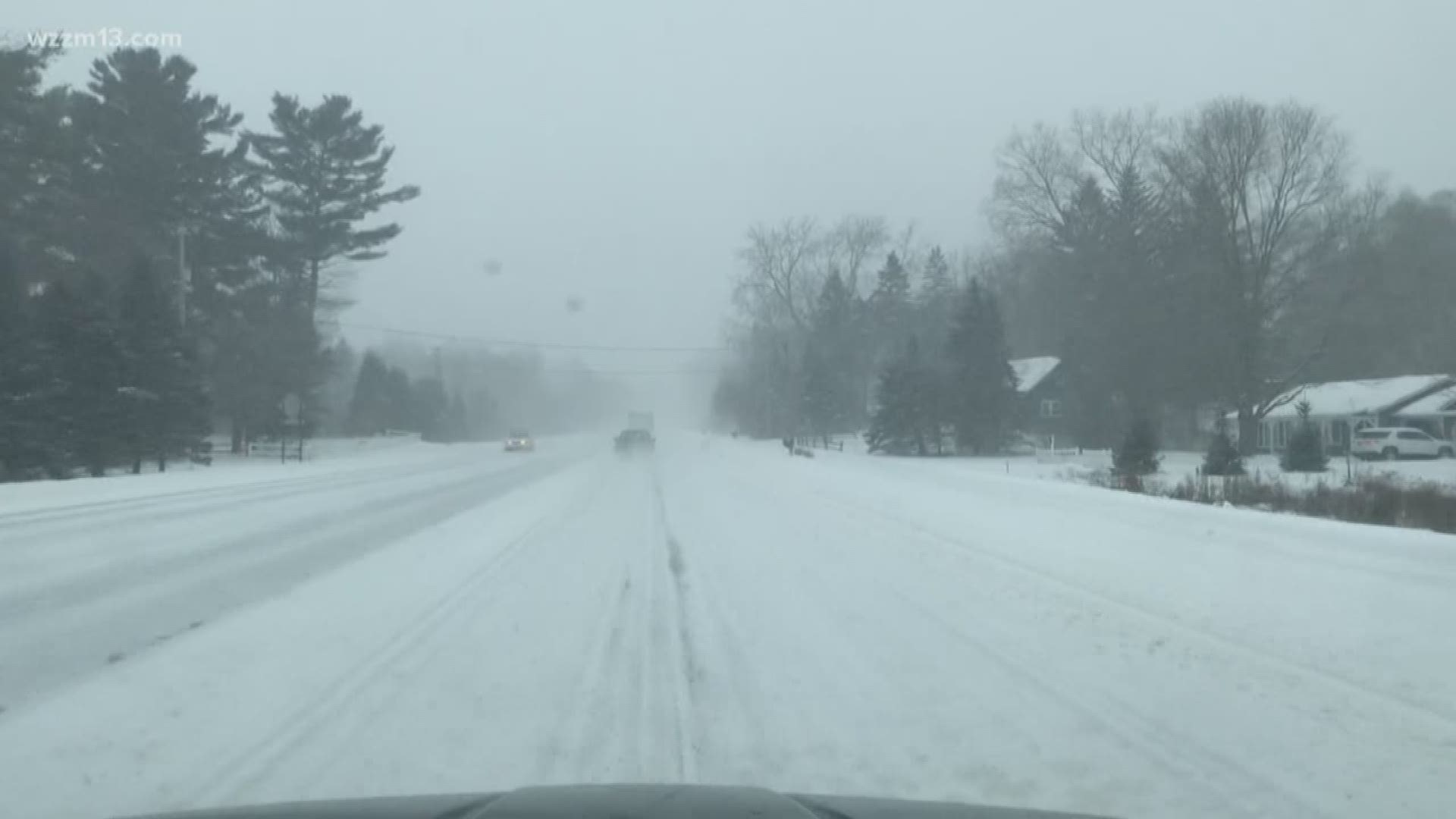 KENT COUNTY, Mich. — The winter storm sweeping across West Michigan is covering the roads with snow. Car population was low on major highways on Monday, with many schools and businesses closing due to the weather.

The Kent County Road Commission is working around the clock to clean up the main freeways and streets. Jerry Byrne, the commission’s director, said at this point the crews are just trying to maintain upkeep on the roads.

“The rate of snowfall has increased at times, but really hasn’t decreased enough to let our crews catch up," Byrne said. "The crews are continuously scraping those roads over and over again… our goal is not to put a lot of chemicals down it’s too cold, it’s snowing too hard, just to scrape that accumulation off as fast as we can."

Byrne added that the local closings make his job easier, because population is down on the roads. The snow trucks are starting with main areas and will try to clear as many roads as they can.

“We’re going to hit the highest volumes first. So those trucks are going to be on 131, then 28th street, but then we bump into the west river roads, or the 68th streets, the Kalamazoo Avenue, again trying to serve the greatest volume we can in the shortest amount of time,” Byrne said.

He also warned drivers to be safe on the roads. Visibility will likely remain low throughout the week, and West Michigan is expecting some of the coldest temperatures in years. Byrne said this can lead to more dangerous driving conditions.

“With these low temperatures, we’re very concerned, because the steel on these trucks and on these blades become very brittle. Before maybe a driver, a higher man hole, a curb not visible in the hit, that you could maybe just bend a part. Now when it’s cold, like they're talking about Wednesday there are chances that part is going to break off,” Byrne said.

Byrne said a popular, yet vital driving tip is to slow down.

“The one we always say, I don’t care if it’s an ice storm or a snow storm, is to slow down. Visibility is a huge issue today. We’ve had one of our trucks run into, because the person was driving faster than he should have, probably didn’t see us until the last minute.”

No one was injured in the collision and the snow truck was intact, but with more snow on the way, the Kent County Road Commission is urging everyone to stay attentive while on the roads.