Wheeler failed to show up to multiple interviews about the irregularities in the district's funds. A warrant has been issued and police believe he has fled the area. 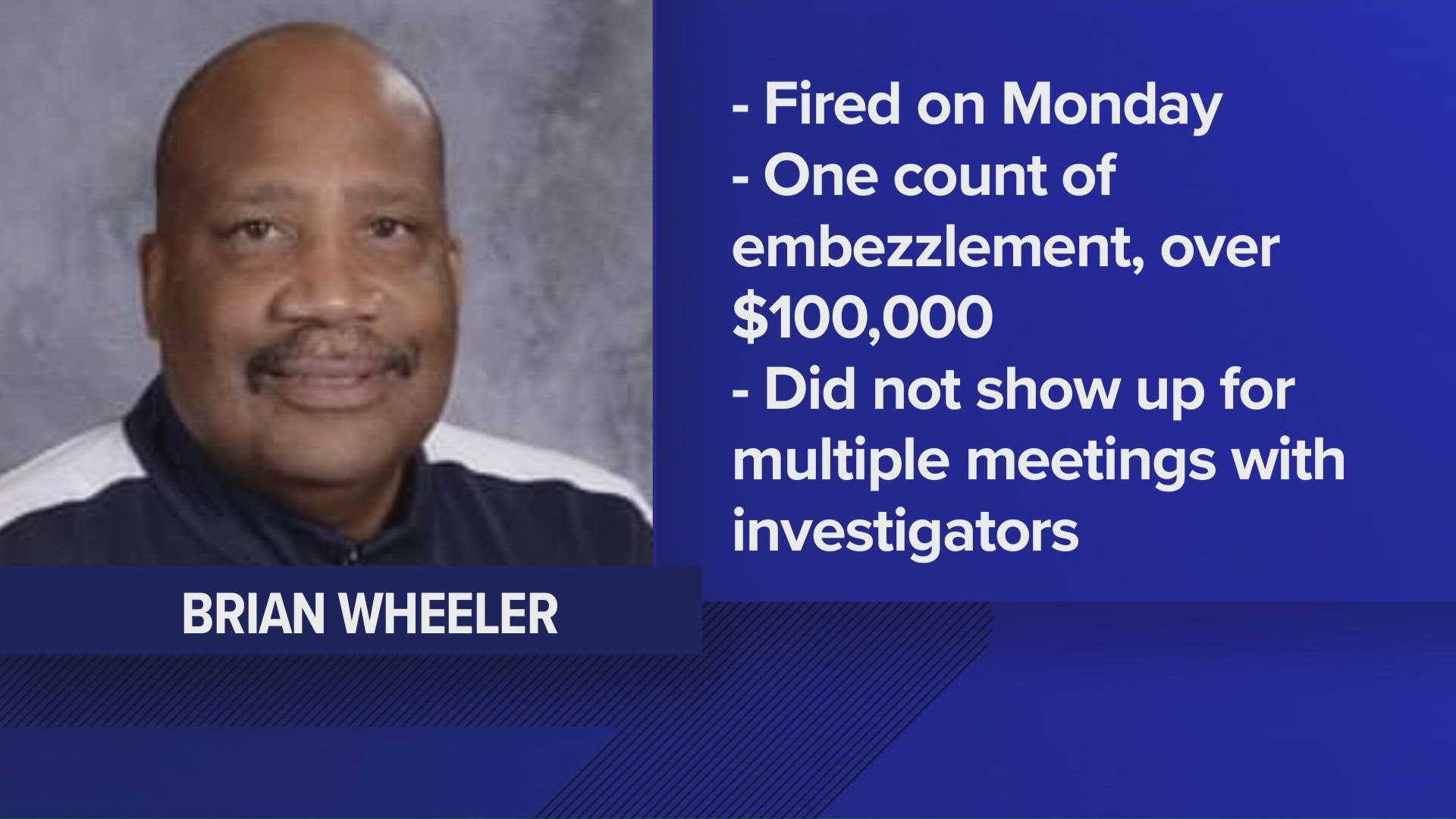 GRAND HAVEN, Mich. — The former assistant superintendent of Grand Haven Public Schools has been charged with embezzlement and police say he could now be on the run.

The man accused is 56-year-old Brian Wheeler, who has worked with the schools for more than two decades.

According to the Grand Haven Department of Public Safety, Wheeler is charged with one count of embezzlement over $100,000, and one count of committing a crime with a computer.

Authorities said accounts that were managed directly by Wheeler had irregularities in financial transactions for an extended period of time, and were reported by senior staff at the district. They said the investigation has been underway since early November, with assistance from GHAPS administration.

Authorities said Wheeler failed to show up to multiple investigatory interviews about the irregularities in the district's funds. A warrant has been issued and police believe he has fled the area.

The school system says he was placed on administrative leave on Nov. 5 and fired on Nov. 22.

“We are shocked and distressed that a trusted member of our leadership team, someone with more than 20 years of employment with the district, may have embezzled from our schools,” says GHAPS Superintendent Andrew Ingall.

“While this is an enormously difficult situation for GHAPS, we are grateful for the support of our local public safety officers,” says Deputy Superintendent Scott Grimes. “We will work tirelessly to understand what happened, and how, so we can maintain our community’s trust in our district.”

Anyone with information regarding Wheeler's location is asked to contact authorities at any of the following:

Tipsters can remain anonymous. A reward is offered for information on his whereabouts.