Quinn James, 43, is charged with sexually assaulting then 15-year-old Mujey Dumbuya multiple times in the summer of 2017. 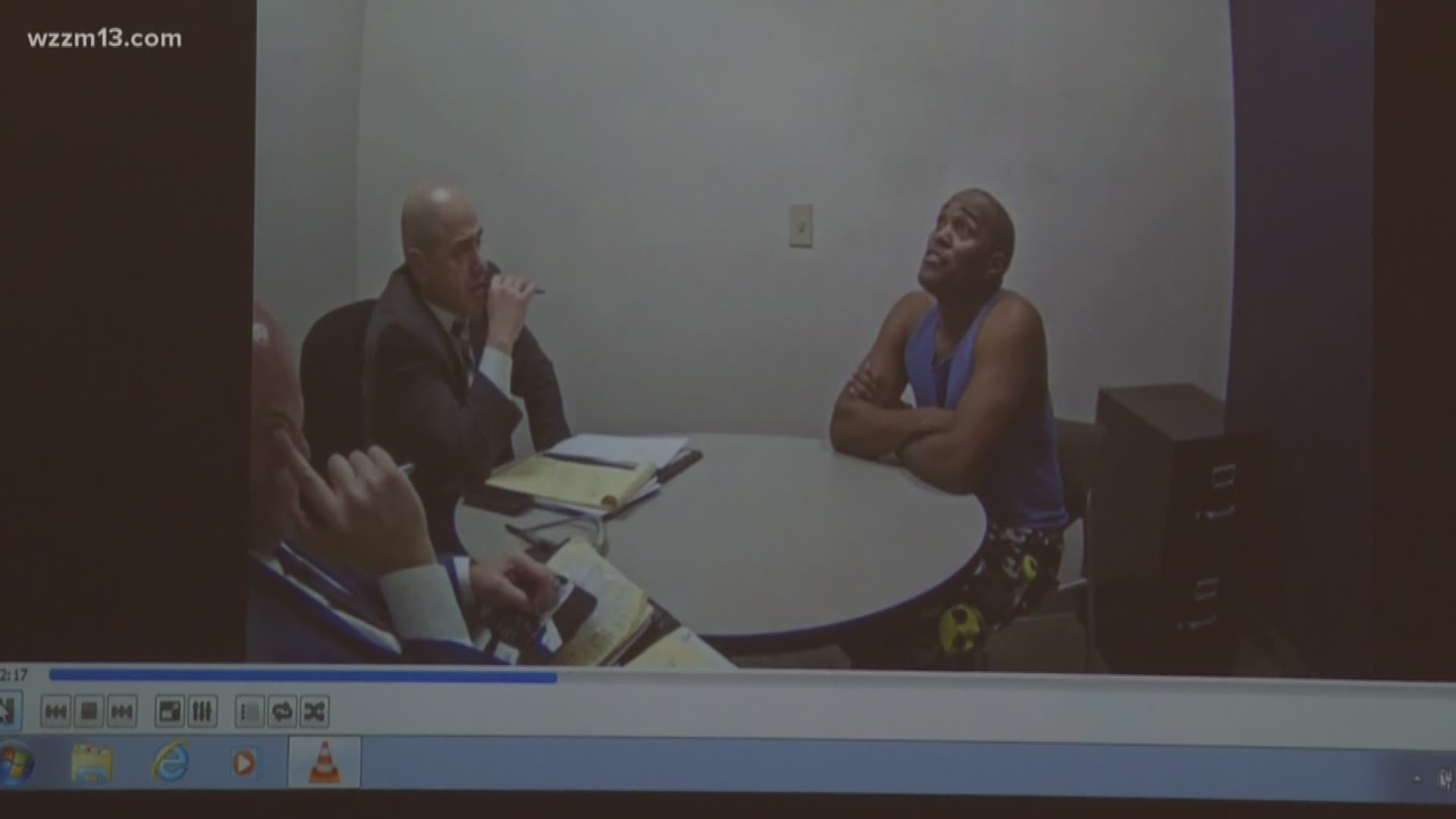 GRAND RAPIDS, Mich. - The trial for 43-year-old Quinn James, a maintenance man charged with raping a teenaged girl who attended the school where he worked, got underway Tuesday with opening statements and testimony from a handful of witnesses.

The former Kentwood Public Schools employee is accused of raping then 15-year-old Mujey Dumbuya multiple times in the summer of 2017. James is also accused of killing Dumbuya, but that case is scheduled to be heard at a later date.

James is on trial for multiple counts of third-degree criminal sexual conduct involving Dumbuya, who was found dead in Kalamazoo earlier this year.

A Kent County judge ruled that jurors hearing the sexual assault case would not be told about the murder charge. That case, which is also assigned to Kent County Circuit Court Judge George Jay Quist, quickly posed an issue for the prosecution on Tuesday, Oct. 23.

Kent County Assistant Prosecutor Kevin Bramble alluded in his opening statement to an interview between a Kalamazoo officer and James, where James admitted to having sex with Dumbuya.

Once jurors left the courtroom, defense attorney Jonathan Schildgen argued that the Kalamazoo detective, who was investigating Dumbuya's murder, should not be allowed to testify during this trial.

But Bramble said a recording of the Kalamazoo detective's interview with James was thoroughly edited to ensure jurors heard nothing pertaining to the murder investigation.

After the lunch hour, Quist said he listened to the edited recording and would allow it, as well as the detective's testimony, despite heated objections from Schildgen.

Opening statements gave way to another issue up for debate: Dumbuya's birthdate.

Bramble brought Dumbuya's aunt to the stand to confirm her niece's birth date. "She was born into my own hands... November 8, 2001," her aunt told the jury.

Bramble also had jurors hear testimony from a witness who is new to the case. Jennifer Twilling, who was Dumbuya's counselor at East Kentwood High School, said Dumbuya and her family set up a meeting to talk about the sexual assault.

The prosecution only became aware of the witness last week. "Mujey said she was sexually assaulted three different times," Twilling told the jury.

The first time, Twilling recalled from her notes, happened in James' car in a Kentwood parking lot.

"He told her 'it wouldn't hurt and no one would have to know,'" Twilling testified.

At the time of the meeting, Twilling said she was not aware James was a maintenance employee for the Kentwood school district.

In another instance, Twilling said Dumbuya recounted a third assault when James told the teen, ''you don't know what it's like to be a guy with blue balls,'' Twilling testified.

Dumbuya told Twilling she met James through her boyfriend at the time, Daquarius Bibbs. Bibbs lived with James, who was previously engaged to Bibbs' aunt. Dumbuya said Bibbs held her hand as she was raped the first time, according to testimony.

"She said she was shaking and crying, telling him to stop," Twilling testified.

Jurors also were shown a nearly two-hour long interview between James and a Kentwood police detective, where James indicates the allegations were all part of a plot to frame him by Bibbs and Dumbuya.

The jurors will hear from Bibbs when the trial continues Wednesday, Oct. 24. Judge Quist said he hopes to get the case to the jury by Wednesday afternoon.