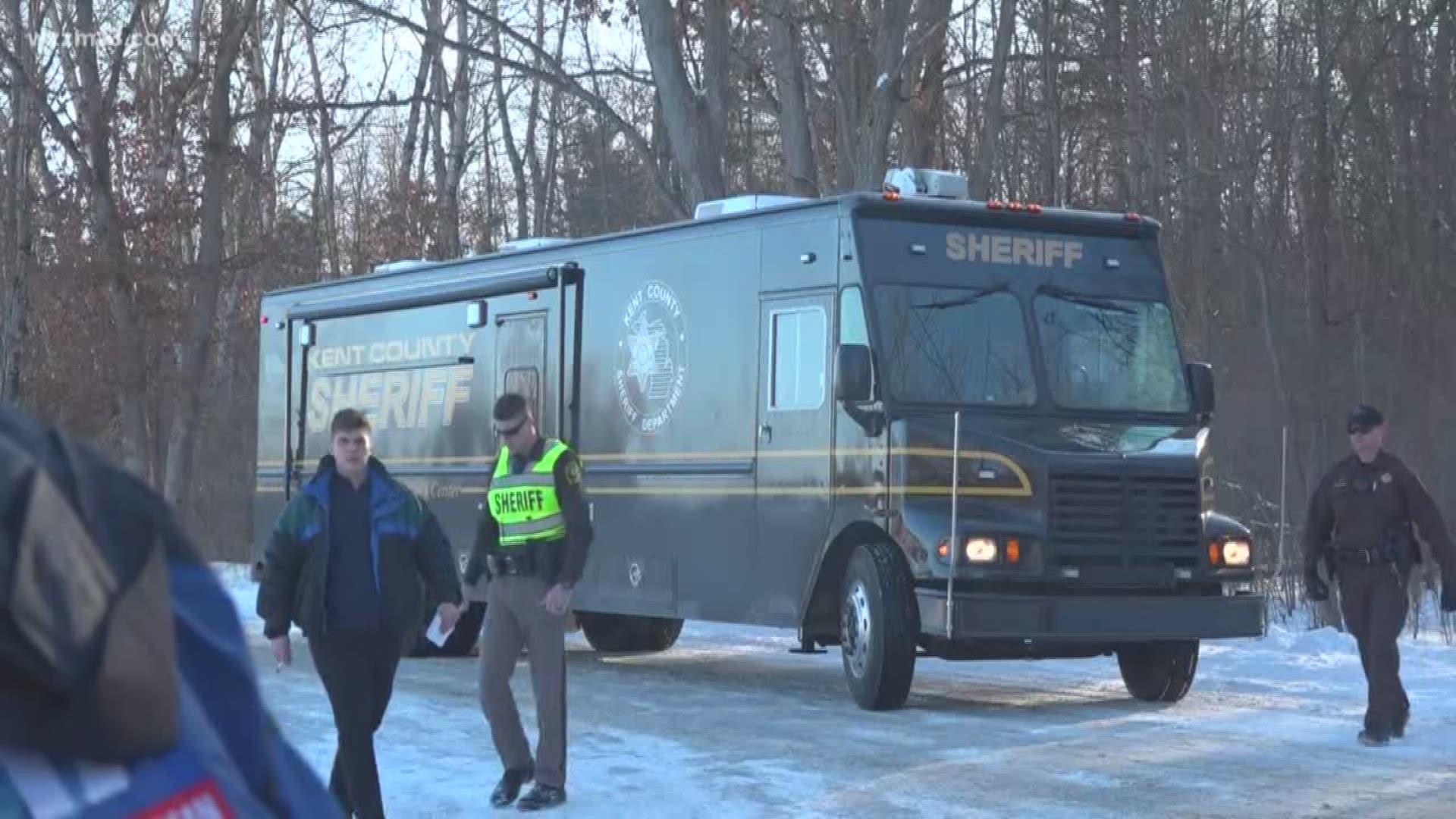 The Sheriff's Department responded to a report around 3 p.m. Monday of four people found dead at home on 19 Mile Road NE near North Division Avenue, which is west of Cedar Springs.

The Kent County Sheriff said they do not believe there is a suspect at large nor an urgent public safety threat.

Lajoye-Young said that they are investigating the possibility of a murder-suicide, but investigators are keeping an open mind as they proceed.

"It is certainly a horrific thing to be called to and my heart goes out to the families involved here and the community," said Lajoye-Young.

Ron Chaney, a neighbor who lives across the street from the house where the victims were found, said he was home during the day but didn't hear anything.

"It's really beyond words how tragic it is," said Chaney. "I was watching my 2-year-old granddaughter all day here while this happened. You just can't fathom it."

Investigators obtained a search warrant and an initial search of the scene was conducted. Based on their findings, investigators believe a second crime scene exists, and it might be the location of several of the shootings.

The Sheriff's Office is asking for anyone in the community who lives near the house where the victims were found to share with investigators surveillance video that is pointed at the road.

"We are needing some assistance to make sure that we are getting to the facts about what happened today," said Lajoye-Young.

They are also asking residents to report suspicious conditions, such as apparent evidence of a shooting.

Amir Abbas contributed to this reporting.