Skydiver rescued from tall tree after veering off course during descent

A student skydiver was performing a solo jump at Grand Haven Memorial Airpark when she drifted during her descent and ended up stuck in a tree. 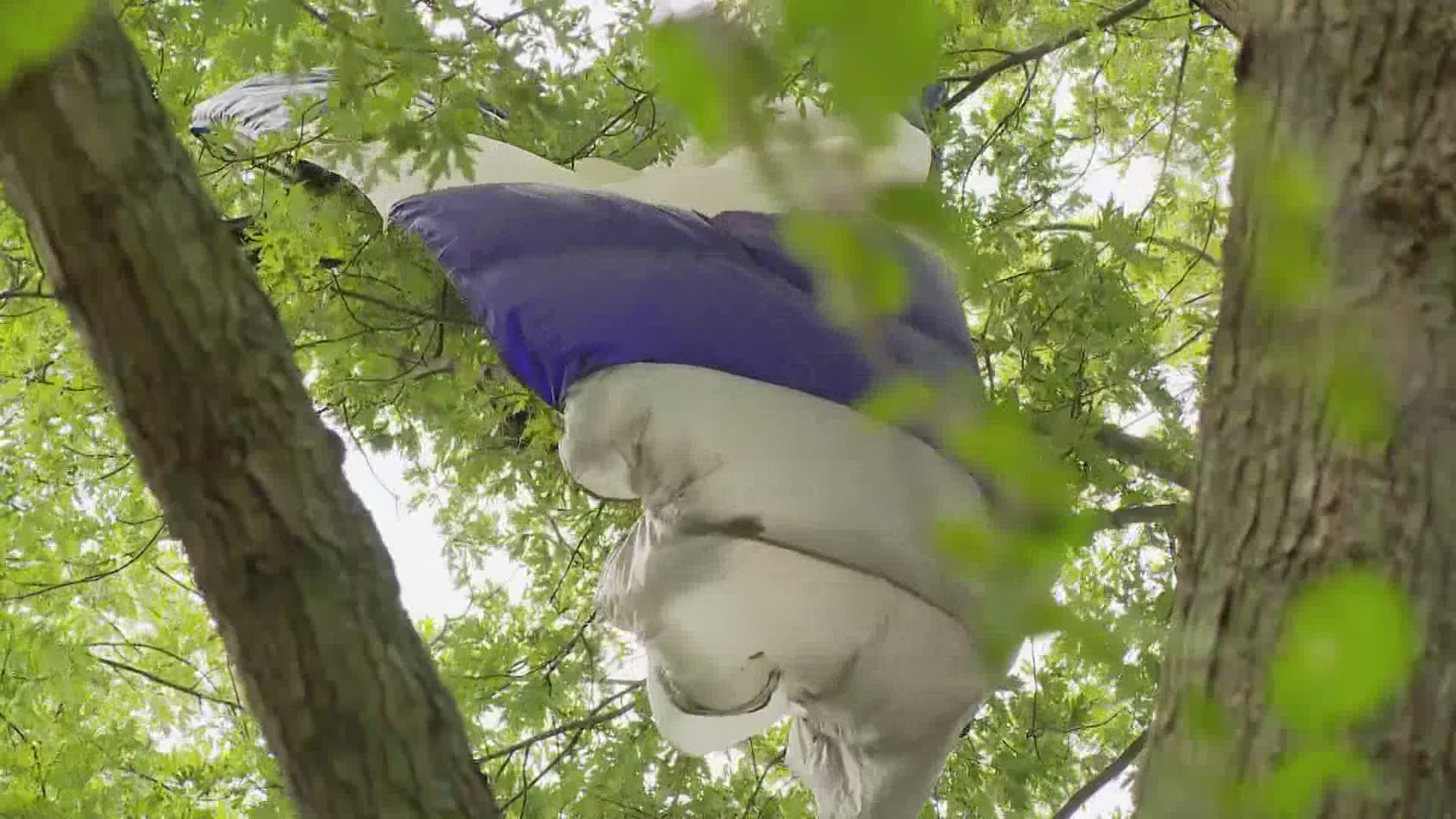 GRAND HAVEN, Mich. — There were some tense moments in Grand Haven Township last night when a skydiver missed her mark and ended up needing emergency crews to rescue her from a tall tree in a nearby homeowner's backyard.

Around 7 o'clock Sunday evening, Ruth Simon says she was watching TV and her dog was sleeping on her couch when she heard a bunch of noise in her backyard.

"I looked out the window and saw a girl with a parachute up in my tree yelling, 'Help,'" said Ruth. "I was asking the girl, 'Are you alright?' She was holding onto the limb really tight." 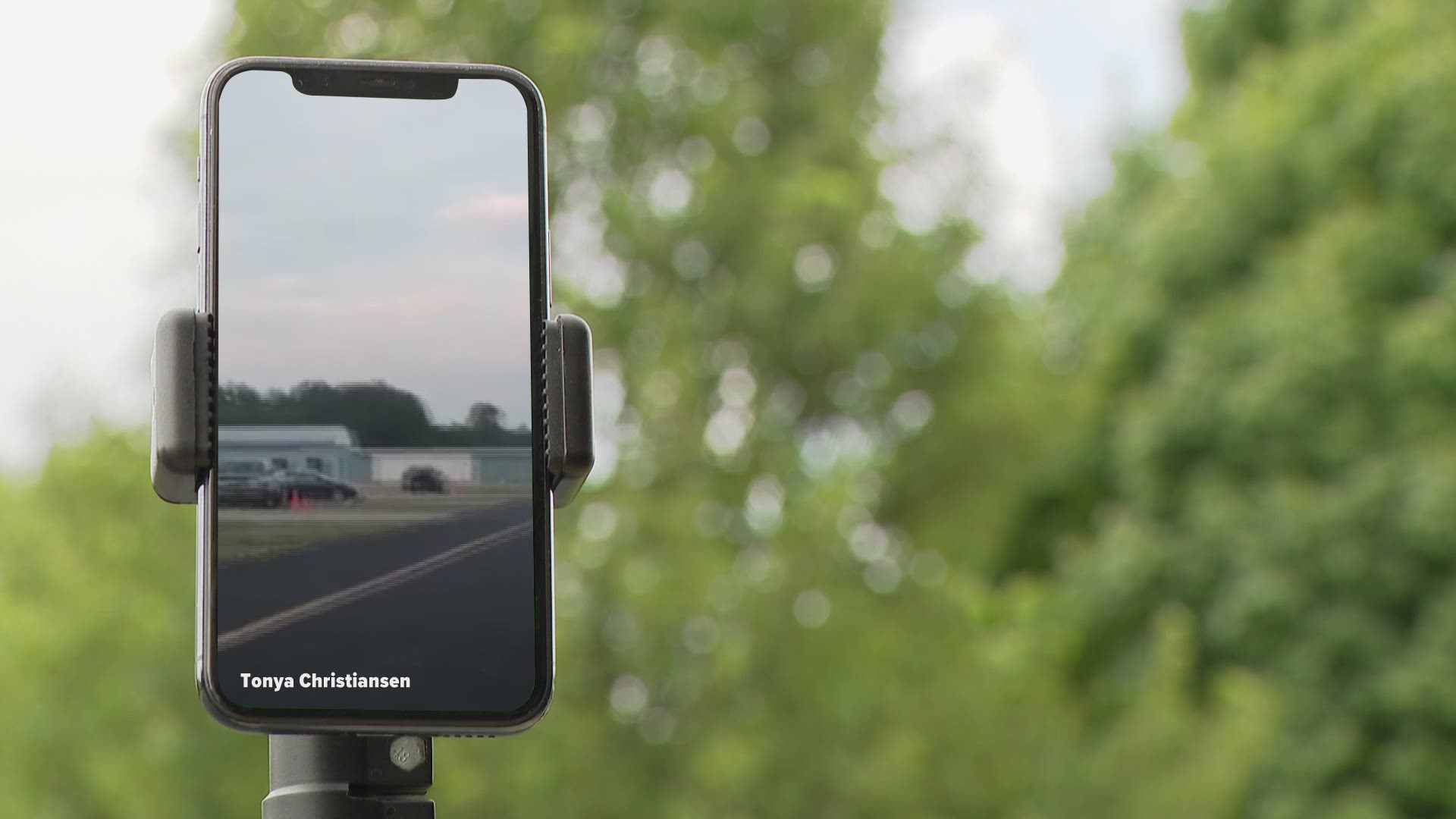 It's estimated that the skydiver was 75 feet up in Ruth's large backyard maple tree, and was stuck there until emergency crews arrived and helped her down with a large ladder.

The skydiver, who wishes to remain anonymous, wasn't injured in the incident.

On Monday, personnel from Skydive Grand Haven contacted a crew from Quality Tree Service of West Michigan, Inc. who climbed high into the tree, untangle the parachute, and brought it down.

"[Drifting off course during a jump] doesn't happen all that much," said Haley Gwinn, who is the Dropzone manager for Skydive Grand Haven, and was onsite at the home to collect the parachute. "When you're on your own under the canopy, and don't have an instructor with you, it's not always what you expect, and that's what happened in this case."

Haley says when jumpers miss the designated landing area, it's usually on other places in the field at the airport. Ruth Simon's maple tree is officially the furthest 'miss.'

"Picking this tree versus the road with all the power lines was a very good call on her part," said Haley. "I've gotten canopies and other gear down from trees before, but as far as human beings, this is definitely a first."

Ruth doesn't live far from the airfield and says she sees skydivers above her home all the time, but never thought one would wind up getting tangled in a tree in her backyard. 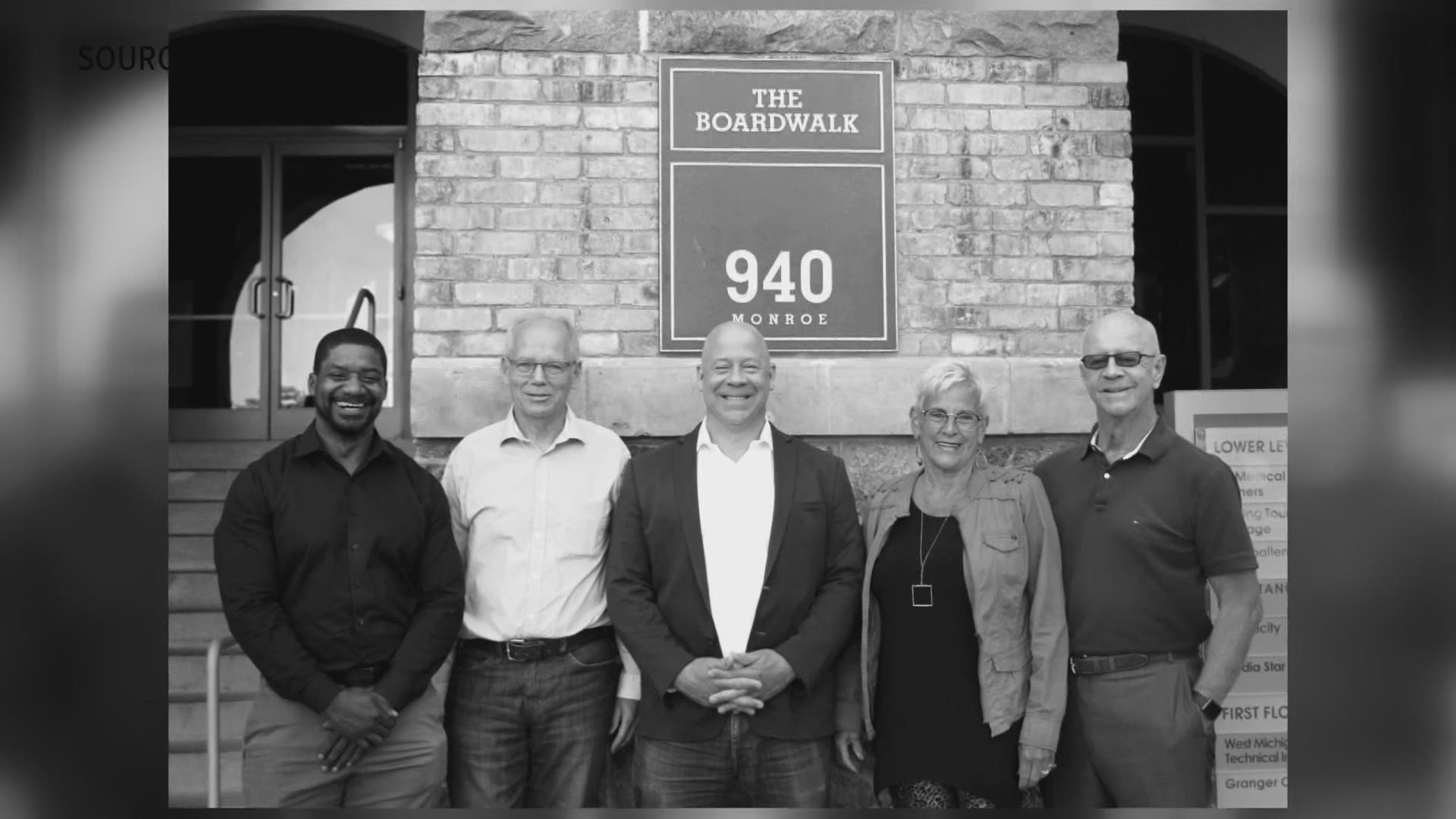