As of June 9, farmers in Michigan only had 3.5 days this year to do fieldwork. 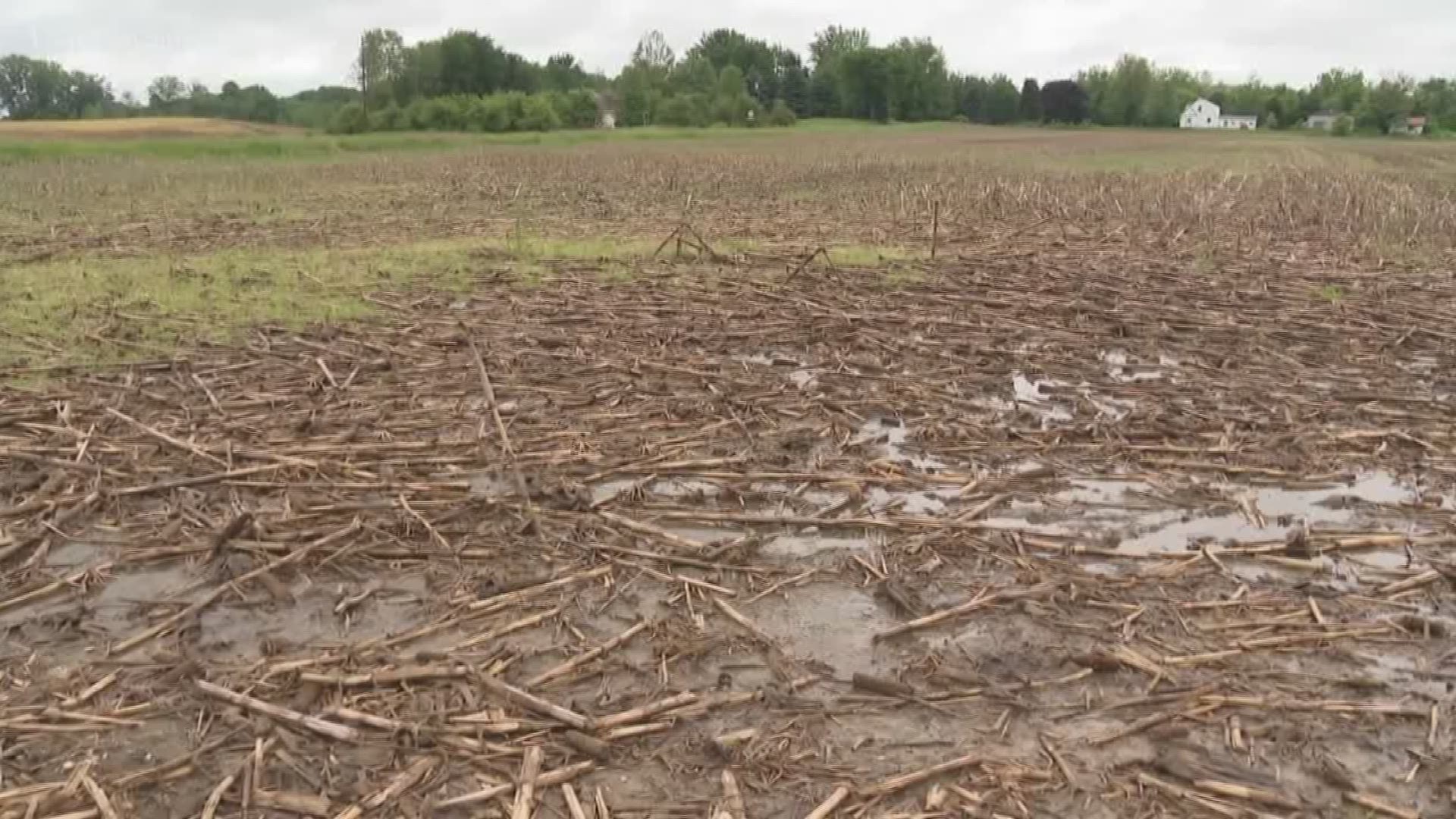 KENT COUNTY, Mich. — Farmers all around West Michigan are struggling to plant important crops like corn and soybeans.

According to the U.S.D.A., Michigan farmers this year have only had 3.5 days to do fieldwork.

And with nearly an inch of rain Wednesday night, fields are again soaked.

It was enough for Kent County farmer Jeff VanderWerff to reluctantly decide not to plant corn this year. His plans at the beginning of 2019 called for 1,200 acres of the crop.

"My heart says let's go plant, but the economic part of my brain says park it, we're done," VanderWerff said.

Even in fields with underground drainage there's standing water. It has fields too muddy for heavy farm equipment.

"You can't get enough tractive effort to even pull the machinery through the field," he said.

VanderWerff farms land with three relatives in Kent, Ottawa and Montcalm counties. Besides corn, he also grows a significant soybean crop. But this year plantings of that crop will be cut from 700 acres down to around 300 acres.

"I know for a fact that we'll probably have 10 to15 percent yield reduction where I planted last night," he said.

Some farmers who were able to plant corn during a short window of time are rolling the dice, hoping crop damage from the wet ground is minimal and corn prices are high. Farms with livestock face challenges if their corn needs surpass the amount they can plant and grow.

"The impact to those growers is going to be significant because their feed costs are going to go up, they don't have a choice," VanderWerff said. "They just have to pay whatever they have to pay to bring corn in from where ever they can find it -- out of state or another part of the state."

Michigan sweet corn prices are likely to also be higher this summer and the crop should arrive at farm stands and grocery stores later than normal.

The Michigan Legislature is allocating $15 million to a low-interest loan program to help farmers. The bill won quick approval Thursday from the Senate and House and goes to Gov. Gretchen Whitmer for her signature.

It will provide growers, processors and handlers with a 1% interest rate on loans.

Whitmer has also asked the federal government to approve farmers for disaster assistance because of wet weather making it hard to plant.

And another reason farmers are choosing not to plant corn is because all the long-range weather models don't show the kind of hot summer temperatures corn needs to thrive.