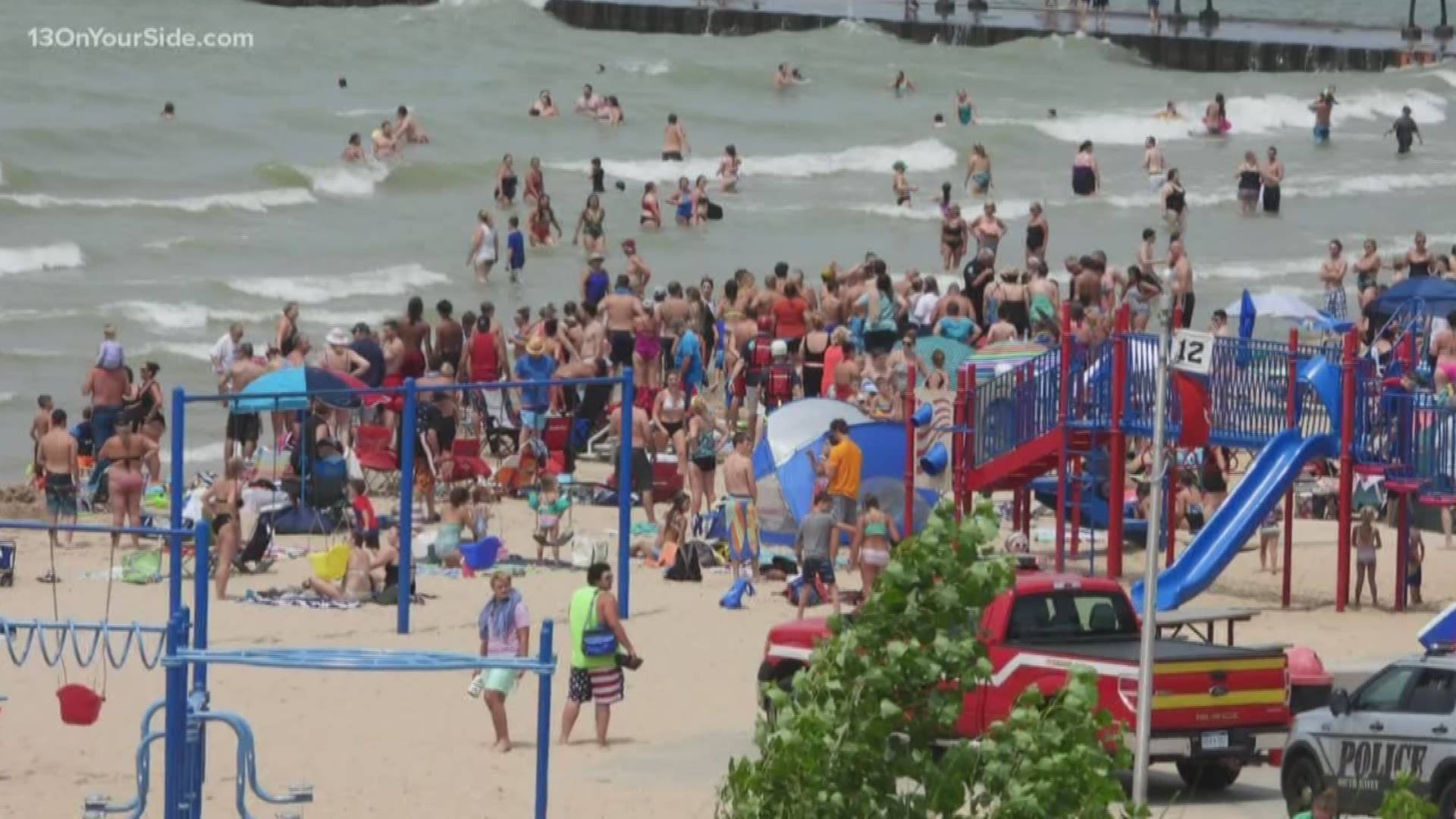 The South Haven Area Emergency Services said an 18-year-old was rescued after he was caught in a rip current along the south pier. And an hour later, a second swimmer in distress was brought to shore by a citizen on the beach.

SHAES said they believed for awhile there might be another person in the water, and responders formed a rescue rope line. But they later determined there was no one else in the water.

1 / 7
SHAES
Despite red flags at South Beach in South Haven, crowds still filled the beach because of scorching temperatures in West Michigan on Friday, July 19, 2019.

With Friday's scorching temperatures, crowds have headed to the beaches despite the dangerous conditions. NWS said beaches stretching from Ludington south to Saugatuck will be unsafe for swimming.

There have been reports of waves as high as 4 to 5 feet in the Grand Haven area.

The Weather Service says on Twitter that people who insist on cooling off in the lake should know how to get out of a risky rip current.