Lead poisoning is a growing threat for West Michigan children

There were more children poisoned by lead in zip code 49507 than in all of Flint before, during and after its water crisis. 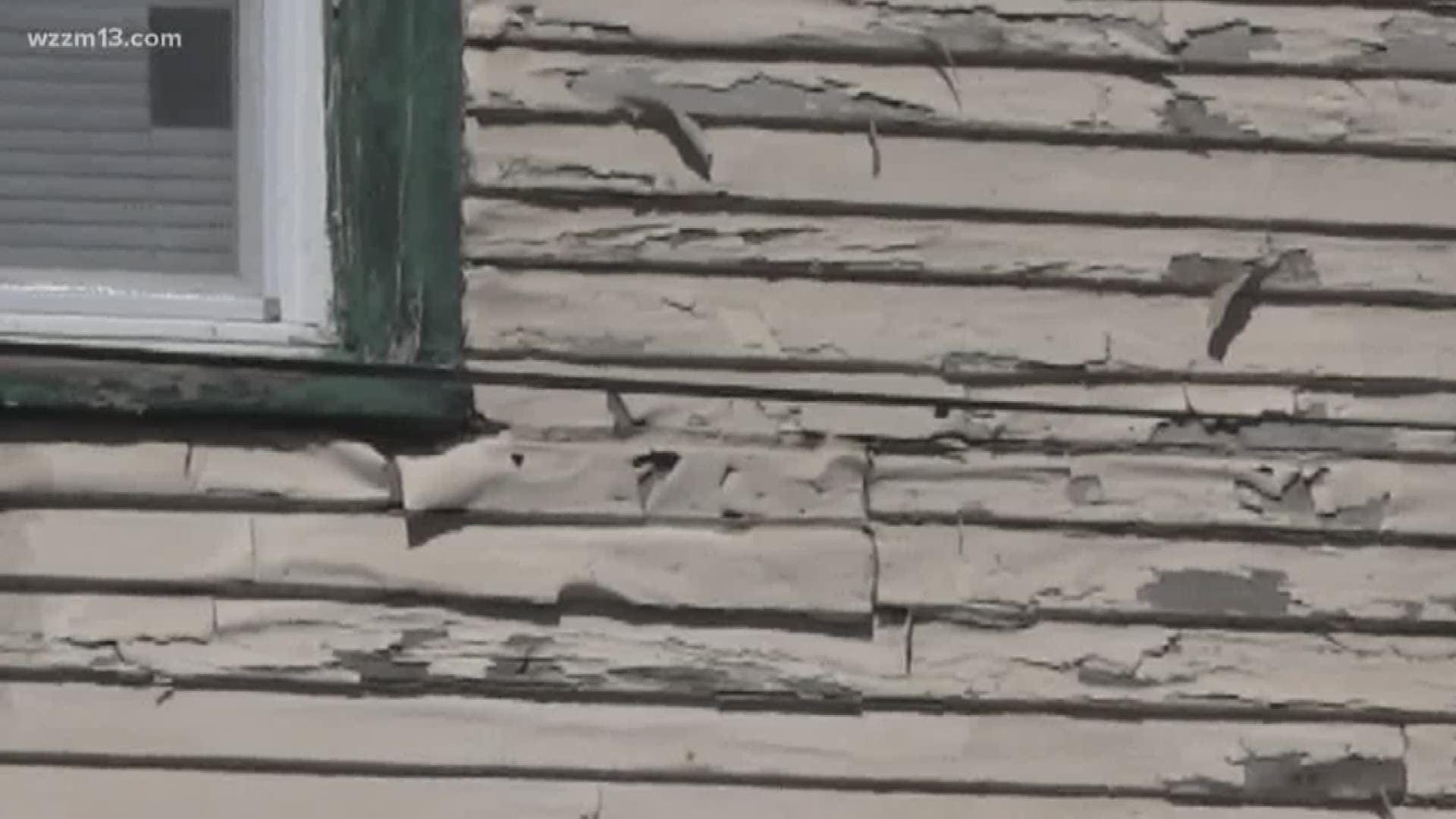 GRAND RAPIDS, Mich. - It's a problem lurking in thousands of homes across the country, especially in the Midwest region.

Lead-based household paint was not banned until 1978. Today, many homes built before then are contaminated with the potentially toxic chemical element.

"This problem, this pollution, if you will -- this toxic situation was created and it wasn't cleaned up," said Paul Haan, executive director of the Healthy Homes Coalition of West Michigan. "The genie was let out of the bottle and we are having a very tough time putting things back together."

Recent data show lead poisoning cases in Kent County are on the rise.

Haan says, in 2016, the last year for which they have figures, there were 617 children with elevated blood lead levels in the county. More than 400 of those children lived in Grand Rapids.

"Across the population we do know that lead contributes to a decrease in kids' performance in school. It does contributes to things like attention deficit disorder and behavioral problems. And, it has been clearly linked to decrements, in terms of crime, in our community and concerns about juvenile justice," said Haan.

►Related: Michigan legislators learn about lead poisoning by those who it's directly affected

"I feel like education needs to be given to people as a whole because it can affect anyone," said LyRee Adams, a West Michigan mother of two.

Adams speaks from experience. Her daughter LaRissa, now 12 years old, was lead-poisoned when she was about 9 months old.

"We went to a routine checkup and my pediatrician checked her for lead and she had it," said Adams. "I really didn't know anything about it, but I was told that it probably comes from the windows. It came from us lifting the windows and closing them and creating dust, which it was."

Adams says there was no chipped paint in the home, and no way to know there was a potential threat.

"No one knew there was a problem with lead. We hear about Flint, but we did not know in our own community this was an issue," said Adams. "She was basically in danger. My initial thought was we have to get her out of here; maybe she should go stay with one of our parents."

The concerned mother said she couldn't allow her daughter to crawl around the house for fear the problem would get worse. She eventually worked with her landlord at the time to replace the windows and remediate lead in the home.

According to the Healthy Homes Coalition website: "An estimated 90 percent of all childhood lead poisoning cases in Kent County are the result of deteriorating lead-based paint and lead dust found in the home. This dangerous dust can be found in any home built before 1978, the year lead-based paint was banned. More than 85 percent of the housing stock in the City of Grand Rapids, and many others throughout Kent County, were built before 1978."

Haan said most of the kids exposed to lead live in "three key zip codes." They are 49503, 49504 and 49507. According to a Michigan Department of Health and Human Services data report, there were more children poisoned by lead in 49507 than in all of Flint before, during and after its water crisis.

"The highest number of kids lead poisoned in any one zip code in Michigan. Yes. I am a little shocked by it, that we are still dealing with the problem," said Haan. "We have a housing shortage. There are not a lot of vacant units, so people are moving into units that maybe a few years ago they would have said 'I will take a pass.' They need some place to live."

But, Adams said that is unacceptable for parents like her and especially for others, who may be less fortunate.

"A parent is kind of stuck between a rock and a hard place. They are thinking 'I'm here with this lead or am I out in the cold. I don't think that is a fair place to put a parent either. They might not have another option to get out," said Adams. "But, the parents, I feel, come in there not knowing. Be aware before you move into a place to check for lead. The long term damage it does will hinder that child for life."

According to the Centers for Disease Control and Prevention, "even low levels of lead in blood have been shown to affect IQ, ability to pay attention and academic achievement. And effects of lead exposure cannot be corrected."

Adams said it is a community-wide responsibility to protect children and prevent lead exposure before it happens.

"We want to make sure they are in a safe environment to begin with. Why do we want the children to suffer at all?" she asks. "I am very worried. I work in a school and I work with special needs children that are from 49507. I'm not sure the lead is not making them Special Ed. It could totally be an environmental thing, that they are being poisoned."

"I think the biggest thing we can do to protect kids is require that folks look at these properties, look at these homes, identify whether or not there is a hazard and go forward with full knowledge, not with ignorance," said Haan. "If there is one thing that could be done, we would put a premium on testing these environments before kids are exposed. If we test and then are required to share that information, a landlord with a tenant or a seller with a buyer, then people could do their due diligence.

"Right now, the law simply says you have to disclose what you know. I can say I know nothing and we've got a problem."

Adams feels fortunate they caught the problem with her daughter early on.

"She just made the National Honor Society. So, she is a very bright girl. But, the situation could have been totally different," she said. "They usually don't test kids for lead until they are over 1 year old and that can be too late."

Now, she and a group of other parents are turning their attention to protecting all children from the hidden dangers of lead.

"This told me I needed to be out here letting people know. So, I'm passing out literature, whatever I need to do to do my part so everybody knows that we have a problem and we need to do something to fix it," she said. "We are meeting and coming up with strategies that we would like to see changed."

The Healthy Homes Coalition has teamed up with community partners with its Get The Lead Out Program. They provide a checklist to help determine if a home has lead lurking in the paint, dust or soil. It also provides resources on what to do if lead is discovered.