Eliminating lead poisoning dangers in West Michigan communities have proven to be no small feat. But, many people are committed to the cause. 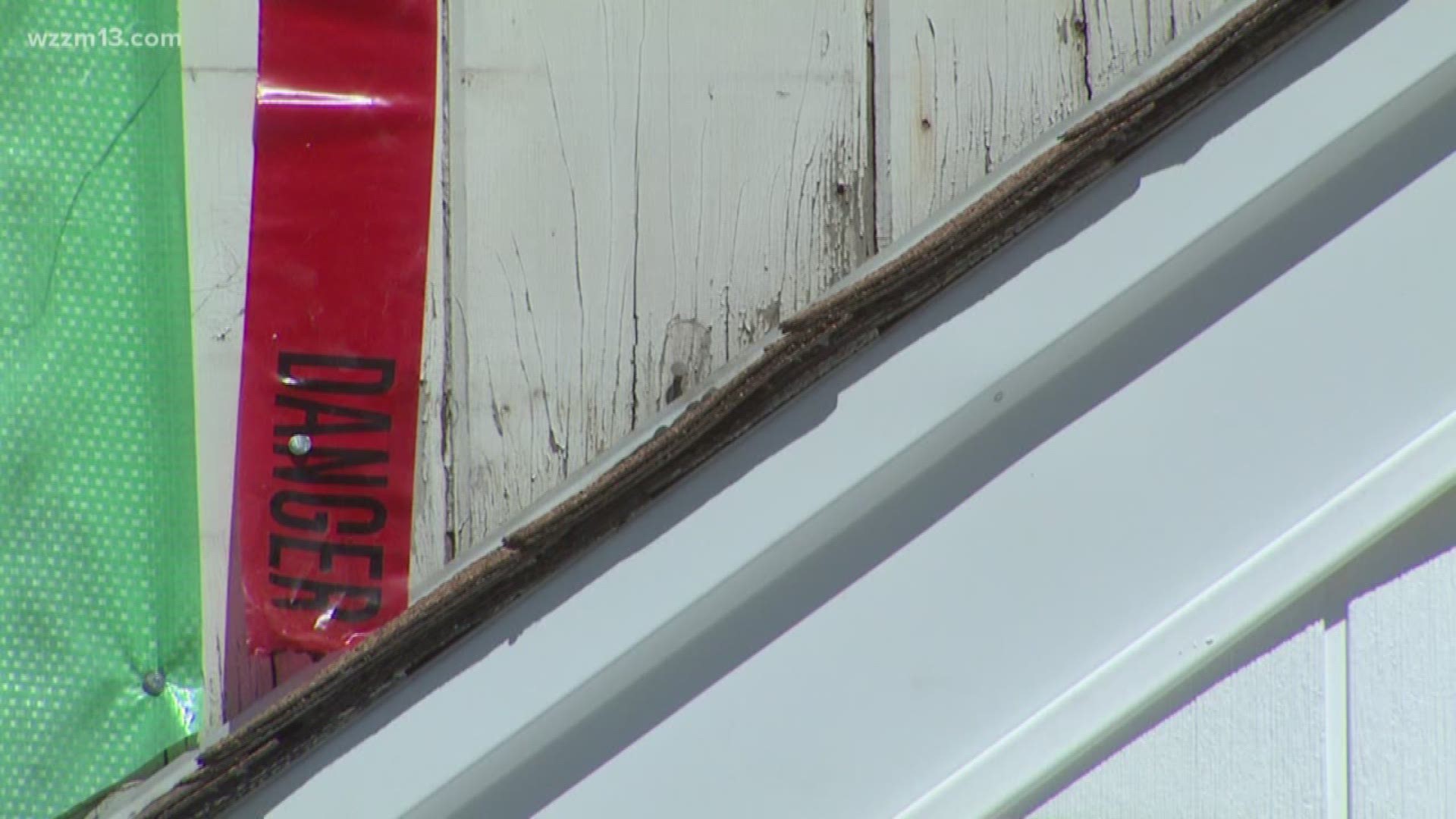 GRAND RAPIDS, Mich. - Hundreds of West Michigan children are growing up in toxic environments as the region deals with an up-tick in childhood lead poisoning cases. Kent County alone is experiencing a 40 percent spike in the number of cases, most of that is concentrated in Grand Rapids.

"In 2016, the last year for which we have figures, there were 617 with elevated blood lead levels in Kent County. Two-thirds of those kids lived in Grand Rapids. And, most of those kids lived in three key zip codes," said Paul Haan, executive director for Healthy Homes Coalition of West Michigan. "Our primary concern is making sure kids' housing is safe and healthy so the place where they grow up contributes to their success in life."

The zip codes Haan referenced are 49503, 40504 and 49507. Eliminating lead poisoning dangers in those communities have proven to be no small feat. But, many people are committed to the cause.

►Related: By the numbers: Lead paint's impact in Kent, Ottawa and Muskegon County

"Look at the city of Grand Rapids. There are probably 30,000 units that have potential lead hazards in them. Fixing each one of those units is not going to be inexpensive," said Haan. "It is going to take financial resources and we need to prioritize where those go and make sure it gets out to where children are at first." 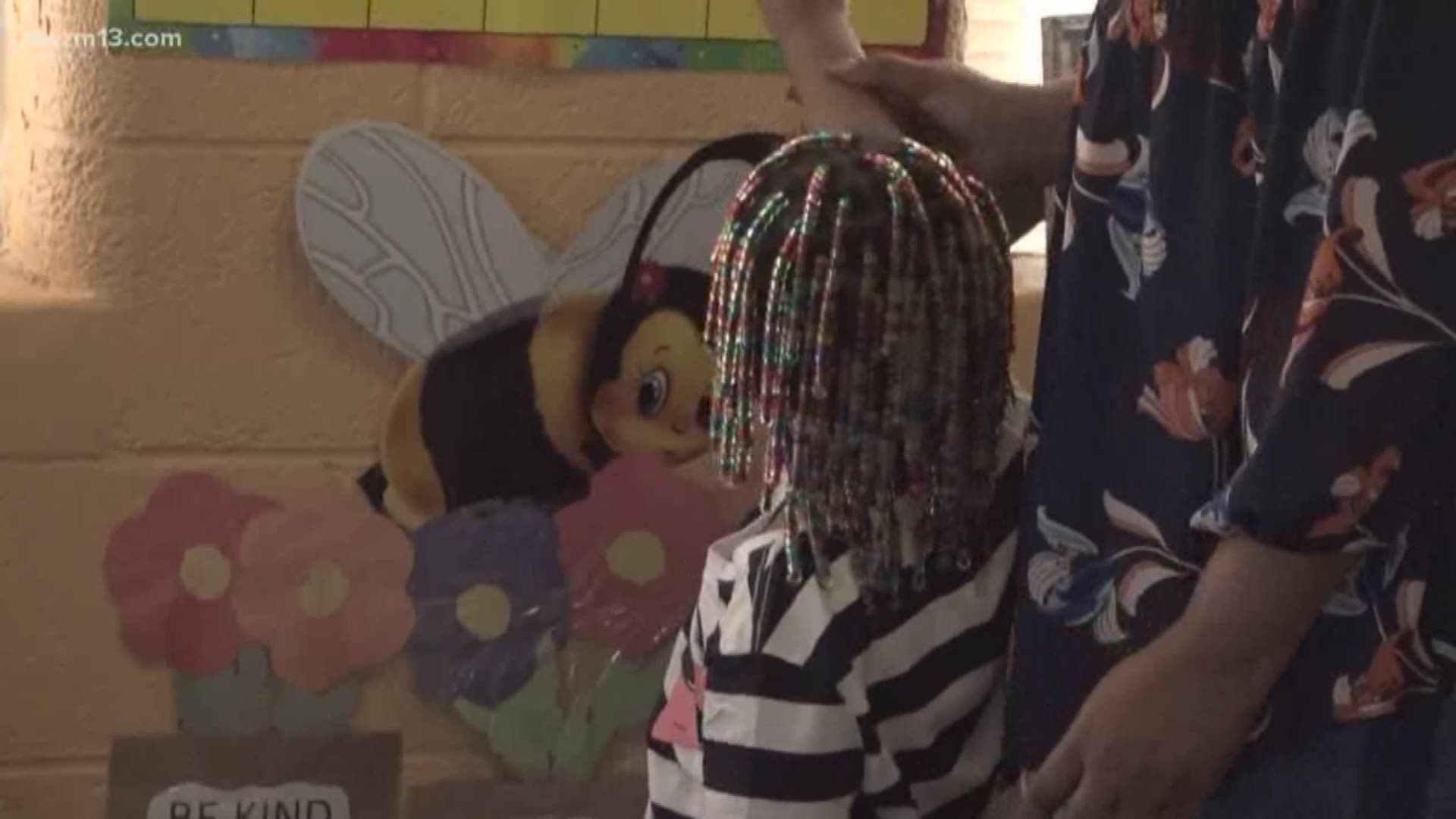 That is what Healthy Homes is doing through its "Get The Lead Out Program." It is a collaborative effort with the City of Grand Rapids, the Kent County Health Department and Rental Property Owners Association. The program offers funding so that eligible renters, homeowners and landlords can have lead safely removed from their property.

"Let's stop the day when we can just bury our heads in the sand and say this isn't a problem. Whether we own the house, or are part of the solution, let's identify those hazards and fix them," says Haan.

However, he recognizes cleanup can get costly.

"It is not an inexpensive problem. Clean up costs really vary house by house. A home with just a little lead-based paint could be as little as a couple of hundred to $1,000," he says. "However, the typical house in the City of Grand Rapids that we have been engaging in, we are probably talking $10,000 to $15,000 to fix the hazards. But, it has to get cleaned up. So, we need all hands-on-deck."

And for the most part, that is what's happening in West Michigan. Kent County, between 2016 and 2018, had a Lead Task Force investigate the issue and work toward solutions. Haan was a member.

"The first thing we need to be thinking about, ideally, before a child is brought into an environment is, is that environment safe? So, check it. Test it. Get it assessed," he said.

The coalition has an active group of parents, grandparents and community members called Parents for Healthy Homes. They work to shed light on the issue and advocate for change. Group members meet monthly and recently visited the state capital to lobby lawmakers for resources to help kids poisoned by lead and to prevent others from suffering the same fate.

"There are a number of things being done. We want to get awareness up in the community. If parents are aware of the potential hazards of lead-based paint, they can do a heck of a lot more than if they are in the dark," says Haan. "Right now, the law simply says you have to disclose what you know. I can say I know nothing and we've got a problem."

Roughly 80 percent of lead poisoned kids are exposed by the time they turn 2-years-old. It can contribute to lifelong problems, such as cognitive impairment, learning disabilities, poor motor skills and behavioral issues.

That's why screening is important and prevention is imperative.

Haan says it is equally important for the community to provide resources and assistance to kids who have already been poisoned by lead.

"You know, you look into the eyes of those kids and that come to the preschool downstairs and that causes me to want to force a change and make it happen."

The preschool he is talking about is on the first floor of the SECOM building on Buchanan SW.

"We know the value of service providers who are targeting specific areas that we can partner with and better the lives of those who we serve," she said.

Petroelje hesitates to speak specifically about the area's lead problem. However, she says community partnerships, with organizations like Healthy Homes and ELNC (Early Learning Neighborhood Collaborative), a partnership that helps provide the preschool, are essential to helping West Michigan children and their families.

"I think it is somewhere we definitely need to shift focus. If a child is living in a home that is unhealthy, maybe no one knew it was unhealthy, but we need to be taking the deep look at that," says Petroelje.

Lead poisoning can contribute to lifelong problems for children. They include struggles such as cognitive impairment, learning disabilities, poor motor skills and behavioral issues. Studies show educational interventions and good nutrition are extremely beneficial in mitigating the effects of lead exposure.

Haan agrees. And, he says they continue to work to make sure these children have the best chance to do well in life.

"I don't want any one parent, just because their child has been exposed, to think this is the end of the world," says Haan. "There are a ton of things we can do to help that child succeed. And, the first step if they care is exactly that, nurturing that child."

Foods rich in calcium, iron and Vitamin C are recommended for children dealing with lead poisoning. Parents are also advised to be actively stimulating their child's brain at home. That can help create more positive outcomes.

Future areas of focus, for those working on fixing the lead problem, include exploring policy objectives on how to best deal with homes that are necessary to be tested.

Those interested in having homes tested or applying for funds for improvements are encouraged to contact the 'Get The Lead Out Program' soon.