Many of the rules will be in effect for the 2018 deer seasons. 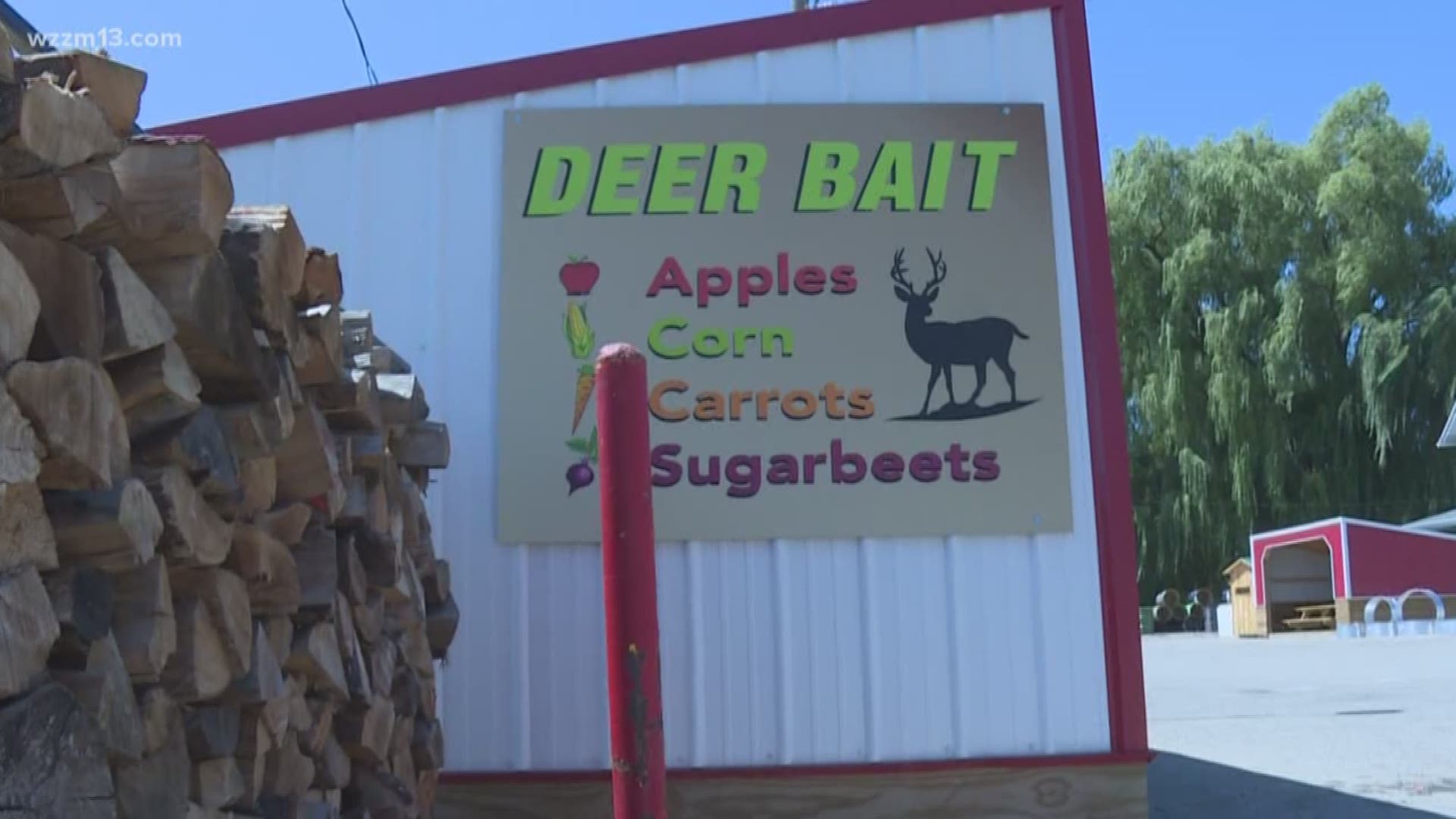 LANSING, Mich. Stepped-up efforts to stop the spread of a deadly disease among Michigan's white-tailed deer population includes a ban on baiting and feeding in the Lower Peninsula.

The baiting ban is the most visible of several deer hunting regulations approved this week by the Natural Resources Commission for the upcoming deer season and into 2019.

The ban on baiting and feeding in the Lower Peninsula takes effect Jan. 31, 2019, with an exception for hunters with disabilities who meet specific requirements.

Thursday's action does not prohibit businesses and farmers from selling bait.

CWD is a neurological disease that attacks the brains of affected animals, eventually leading to death. It is commonly spread by contact with other infected deer, including through nose-to-nose contact.

CWD was confirmed at a Kent County deer farm in 2008. Seven years later, the disease was discovered in free-ranging deer. To date, chronic wasting disease has been confirmed in 60 free-ranging deer in six Michigan counties: Clinton, Ingham, Ionia, Jackson, Kent and Montcalm.

Michigan residents have long set out bait, notably carrots, apples and sugar beets, to attract deer. Stewart says the baiting ban is necessary because chronic wasting disease can be spread from one animal to another.

“Animals typically live with this disease on average for 18 to 24 months, so an infected deer can infect other animals along the way,'' Stewart said. "And that’s how it sort of snowballs in your deer population.''

Chronic wasting disease was first identified in the 1960s in Colorado. It can now be found in at least two dozen states and in Canada.

Infected deer can appear as ''zombies,'' wandering as though they are in a state of confusion. They often show no fear of humans.

“The disease can have potential long-term population impacts and that’s one of the things we’re trying to prevent,’’ Stewart said.

Stewart says the baiting ban should not reduce the quality of deer hunting in Michigan.

“It’s not necessary to harvest a deer over bait,'' Stewart said. "Obviously tens, if not hundreds of thousands of hunters in Michigan harvest deer without the aid of bait every year.’’

Thursday's action by the Natural Resources Commission comes after months of input from hunters, residents and others, DNR spokesman Ed Golder said.

Other deer regulations approved by the Natural Resources Commission include limits on urine-based lures for deer; restrictions on deer carcass movement in some counties and expanded deer hunting in targeted management zones.