A state-appointed board that's provided oversight of Muskegon Heights Public School District finances since 2016 passed a resolution to dissolve Wednesday, May 19. 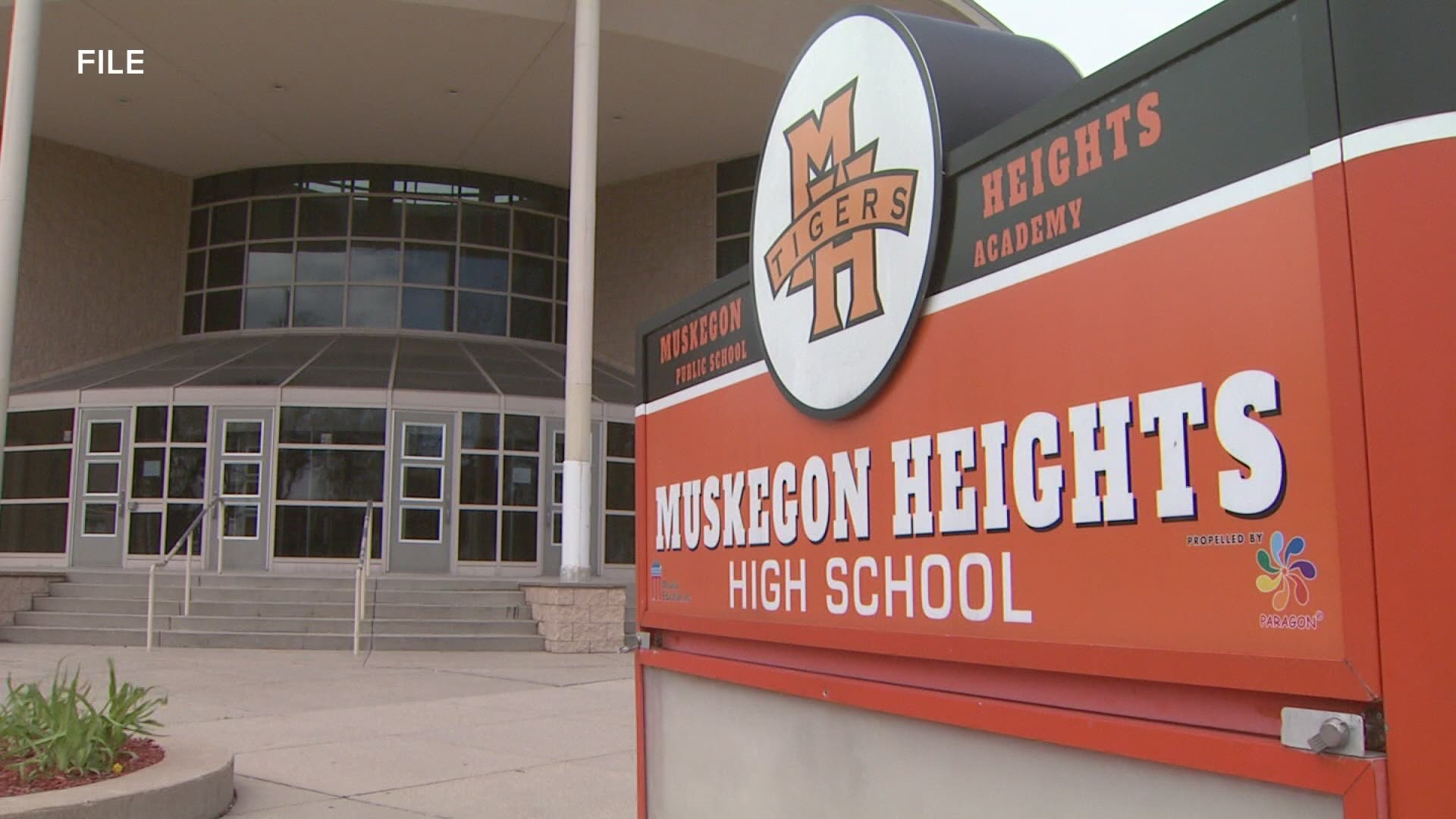 MUSKEGON HEIGHTS, Mich. — A state-appointed board that's provided oversight of Muskegon Heights Public School District finances since 2016 passed a resolution to dissolve Wednesday, May 19 by at 2-1 vote.

The role of the Michigan Department of Treasury's five-member Receivership Transition Advisory Board (RTAB) was to work with local leaders to ensure the school district continues a path toward long-term financial stability.

During the remote RTAB meeting Wednesday Muskegon Heights Public School Board President Trinell Scott told board members the school districts' board has demonstrated oversight is no longer needed.

The RTAB's decision to dissolve must be approved by Gov. Gretchen Whitmer who has the final authority to remove the state's oversight of the district's finances. Scott says she's not been provided a timeline on when that decision could be made.

"Happy, but still a little bit reserved because at the end of the day the Governor has to sign off on it and that's the next step," said Scott.

Scott says the district's board elected by Muskegon Heights residents can't do its job if the RTAB remains in place. By removing the board, the Governor would give the school district's board the ability to play a bigger role in making decisions that impact the day to day operations inside the schools.

"We can't steer the ship with the RTAB in place," said Scott. "We don't want to disrupt or dismantle, we're not trying to get rid of teachers or support staff."

“I am devastated at the State’s decision to withdraw,” Muskegon Heights Public School Academy Board President Garland Kilgore said in a written statement to 13 ON YOUR SIDE. “As a member of the community, I know how much support there is for the Academy’s initiatives and how successful those initiatives are. I hope that the Governor takes into consideration the fact that we have achieved a 95% teacher retention rate, and this announcement, I fear, will drive earnest and dedicated staff out the door as they fear the return of many of the people and circumstances that lead to the State takeover in the first place.”

Garcia says with the RTAB removal waiting for a decision by the Governor all she and other academy employees can do is carry on with their mission to educate to the 683 students enrolled in K-12 classes.

"Today we have children in classes, tomorrow we'll have children in classes. And plans are in place for this summer, we're running an eight-week summer school," said Garcia. "We need to make sure we help our families and community understand that we're here to continue the work that we're doing. We had our very first increase in enrollment this school year, we're up 14-percent. We're now at 95-percent teacher stability, with 97-percent of our positions filled."