The owner of Eagle Towing in Montague is suing Michigan State Police, claiming the firm has been unjustly removed from a list of companies called to remove disabled and abandoned vehicles and those involved in accidents. 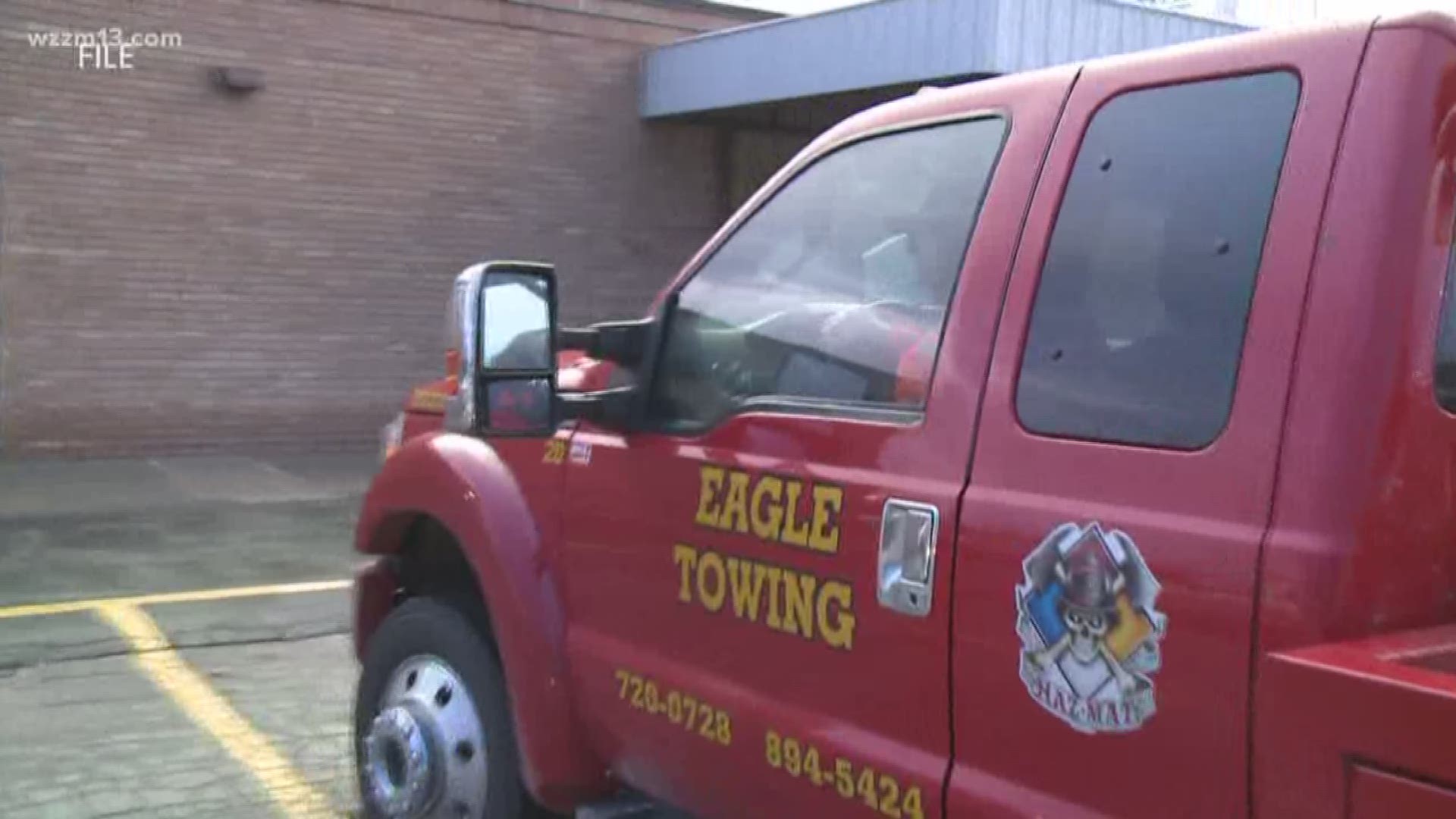 GRAND RAPIDS, Mich. - The head of a third-generation towing company is suing Michigan State Police, claiming he is being blacklisted for helping expose criminal wrong-doing by a former police chief in Oceana County.

John Heykoop, who owns Eagle Towing, says the state police scrubbed him from a list of companies it uses to remove disabled and abandoned vehicles and those involved in accidents.

Montague-based Eagle Towing, which operates in Muskegon and Oceana counties, suffered “irreparable harm and continues to suffer damages on a daily basis,’’ according to the lawsuit filed earlier this month in U.S. District Court in Grand Rapids.

Heykoop says it is to get back at him for exposing questionable conduct involving former Shelby Police Chief Robert Wilson, who was prosecuted for keeping salvage vehicle inspection fees that should have gone to village coffers.

Lt. Jeffrey White, who runs the state police post in Hart, sent Heykoop a letter saying Eagle Towing was being removed from the no preference list due to “the quality and type of service’’ provided by Eagle Towing, according to the lawsuit.

The state police post in Rockford did likewise, notifying Heykoop that Eagle Towing was no longer on the wrecker rotation list, the lawsuit claims.

Despite meeting state requirements for being placed on the no preference list, Eagle Towing remains excluded, the lawsuit contends.

“Other towing companies and businesses within the Rockford and Hart posts have not been subjected to this discriminatory and unequal treatment,’’ the lawsuit claims. “The unequal treatment was the result of intentional and purposeful discrimination.’’

Damages to Eagle Towing include loss of business and an injured reputation in the community, the lawsuit claims.

Michigan State Police employees named in the lawsuit are being represented by the Michigan Attorney General’s Office, which declined comment. “Because of pending litigation, we cannot comment,’’ spokeswoman Andrea Bitely said in an email.

The lawsuit seeks more than $100,000 in damages. Heykoop also wants to be put back on the no-preference towing list and be treated similarly to other towing companies.

Eagle Towing, meanwhile, is under contract with Electric Forest, LLC to provide towing services at its annual music festival, which gets underway this weekend in Rothbury.