You can only see the marble statue one day a year without diving equipment.

Credit: Dennis Jessick
The statue as seen from above.

Credit: Dennis Jessick
People waiting in line during a viewing of the statue.

Credit: Dennis Jessick
The viewing tent above the statue. 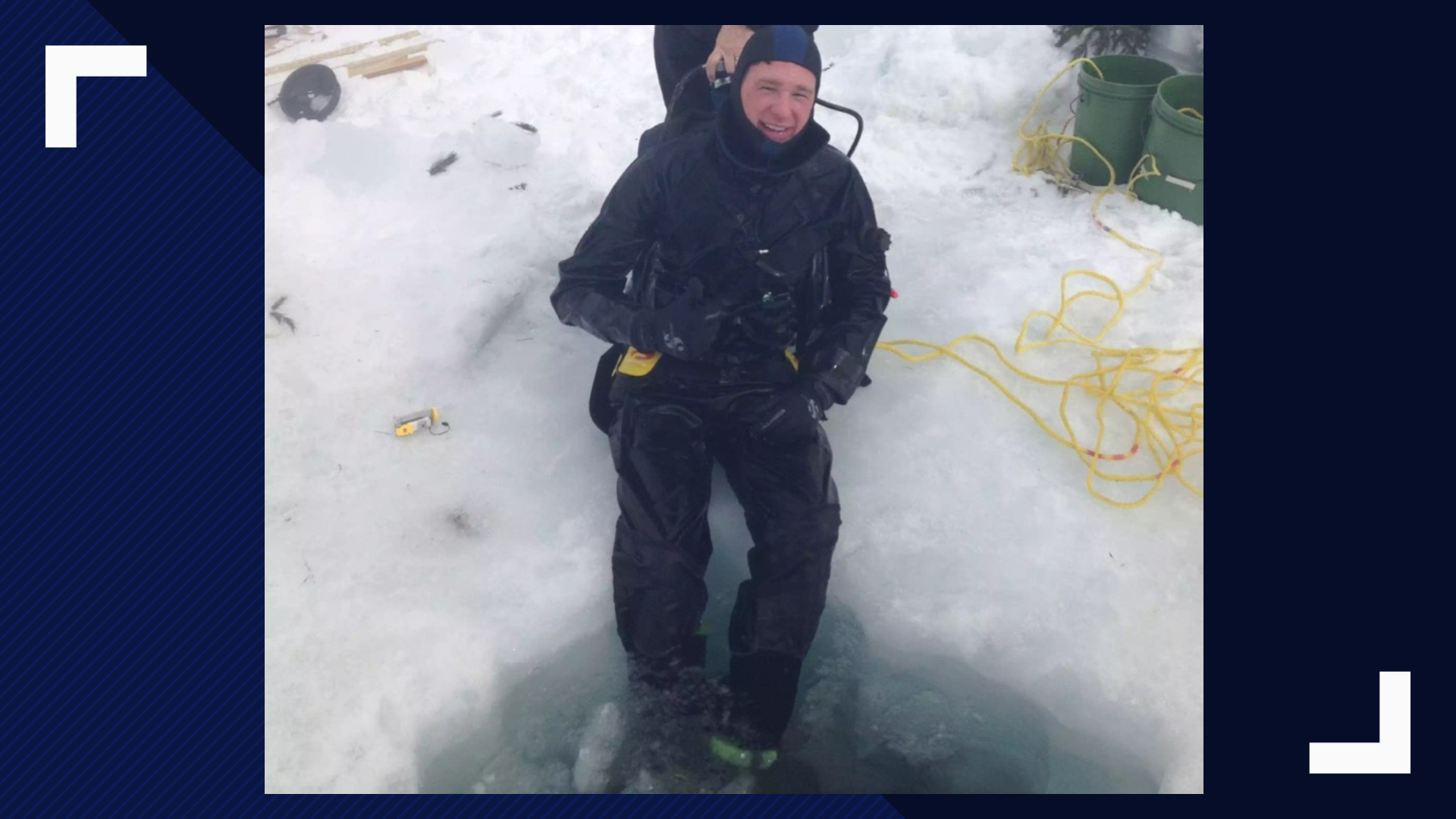 Credit: Dennis Jessick
A diver at the site of the statue.