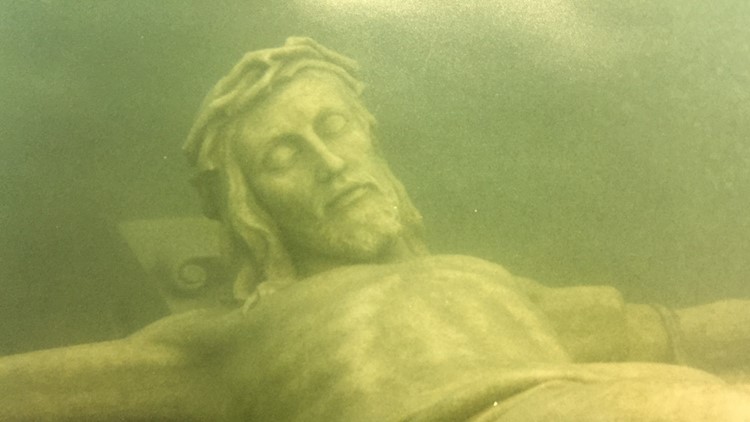 Photo by: Dennis Jessick
A photo of the statue taken by a diver.

A diver at the site of the statue.
Dennis Jessick