A new study paints a troubling picture for the future of affordable housing. 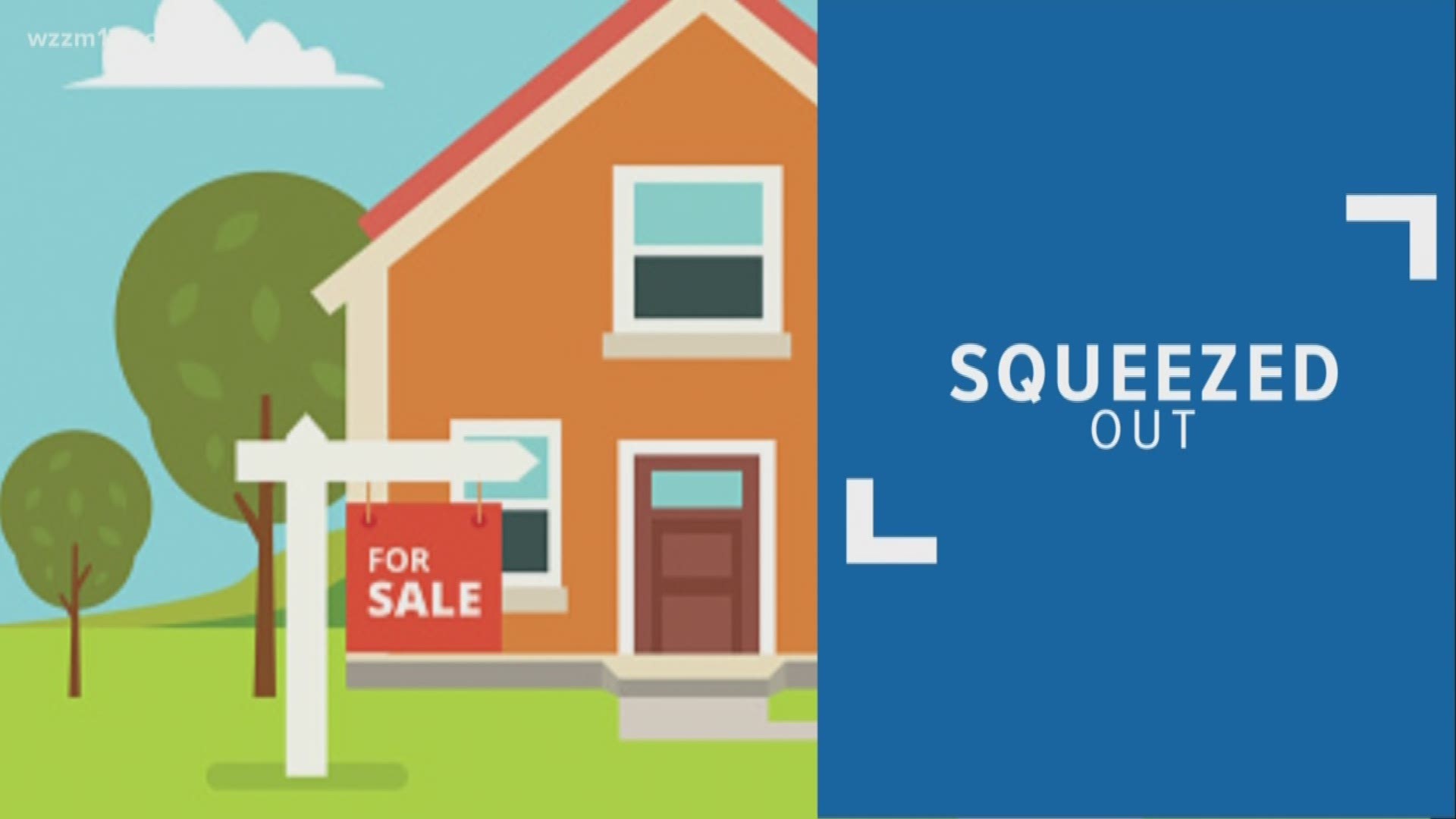 GRAND RAPIDS, Mich. — It's no secret that the West Michigan housing market is hot. Homes often have a number of bidders because supply isn't meeting demand.

According to Realtor.com, the hottest market in the country is zip code 49508—Kentwood, Mich.

On average, homes there sell in 14 days. That's 52 days faster than anywhere else in America. Because of that hot market, home prices are skyrocketing and some people looking for a new home are being squeezed out, unable to find an affordable place to live.

A study done by the Michigan State Housing Development Authority indicates that the cost of single family homes have risen more than 70 percent since 2012.

"We've become the cool city we've tried to create, which is fantastic. But without the housing to support it, it's created a big crunch for people," Family Promise Executive Director Cheryl Schuch said.

Family Promise provides emergency shelter to families with kids who are experiencing homelessness and helps them find opportunities for home ownership.

Schuch is not surprised by the study, but says the data speaks volumes.

"When you have housing costs rising 60, 70, 80 percent in some of the markets—ownership and rent—and then you have wages rising three to six percent in places, you just can't make ends meet anymore," Schuch said.

The study implies that it's not only a problem for homeowners, but it's also causing concerns for renters.

According to the study, in 2017 half of Michigan renters paid more than 30 percent of their income to rent.

"At the lowest income levels, where people are making the least, we're seeing them pay 90 percent of their income towards housing which isn't sustainable," Schuch said. "You can't survive and meet your basic needs in that space which is why we're seeing so many families coming and needing shelter."

Those with average incomes are unable to afford a new home and in many cases, an existing home on the market.

"I don't think everybody understands how much it impacts them directly, so I think this is a problem we really need to put some resources into, some cash into, some innovation into, to come up with some solutions that provide answers and think about it with a family lens," Schuch said. "The kids who are growing up here right now are going to be future and it's going to impact our community if we don't find a solution now."