We obviously had to visit E-K for the fifth installment of our Sunrise Sidelines series. And flying with the Falcons was just as exciting as we expected.

KENTWOOD, MICH. — The regular season is almost over for high school football teams across West Michigan, which means Sunrise Sidelines is down to the final stretch.

As we've learned in the past, East Kentwood High School is known not only for its massive size, but also for how tight-knit the student community is. When we visited in February, the kids and Superintendent Mike Zoerhoff greeted each other in the most pleasant way. They made the school of 3,000 students seem so small and warm.

All that to say, we obviously had to visit E-K for the fifth installment of our Sunrise Sidelines series. And flying with the Falcons was just as exciting as we expected.

Our journey started with a tour of East Kentwood's large campus. It has beautiful murals lining the hallways leading to a state of the art workout room, student council room, and more. 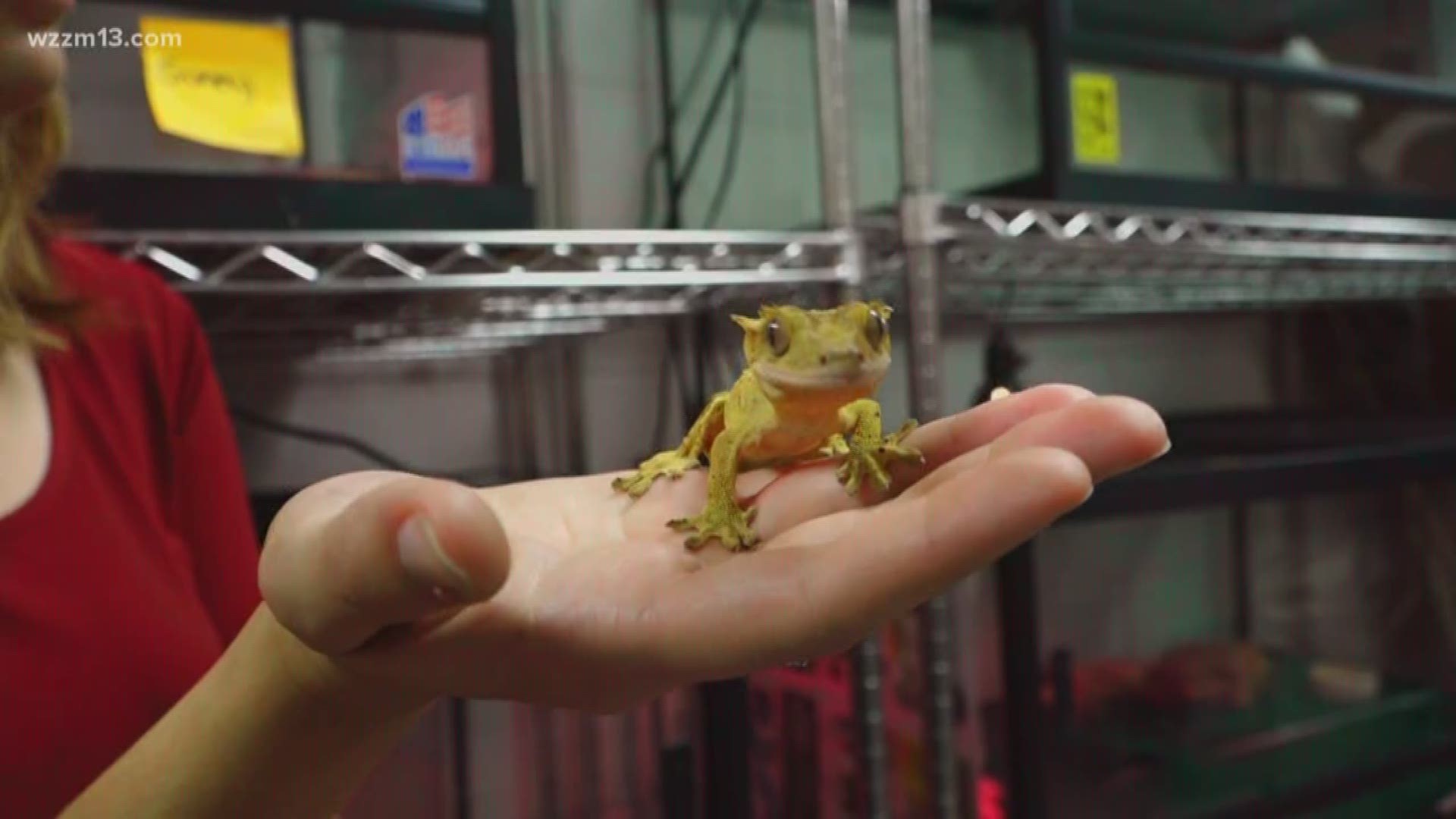 The science wing is also impressive. But even more impressive is the science curriculum some students get to take advantage of. Parts of E-K look more like a jungle, with lizards, snakes, birds and fish serving to help AP environmental science students learn. Teachers say kids need to be as involved and informed as zookeepers. 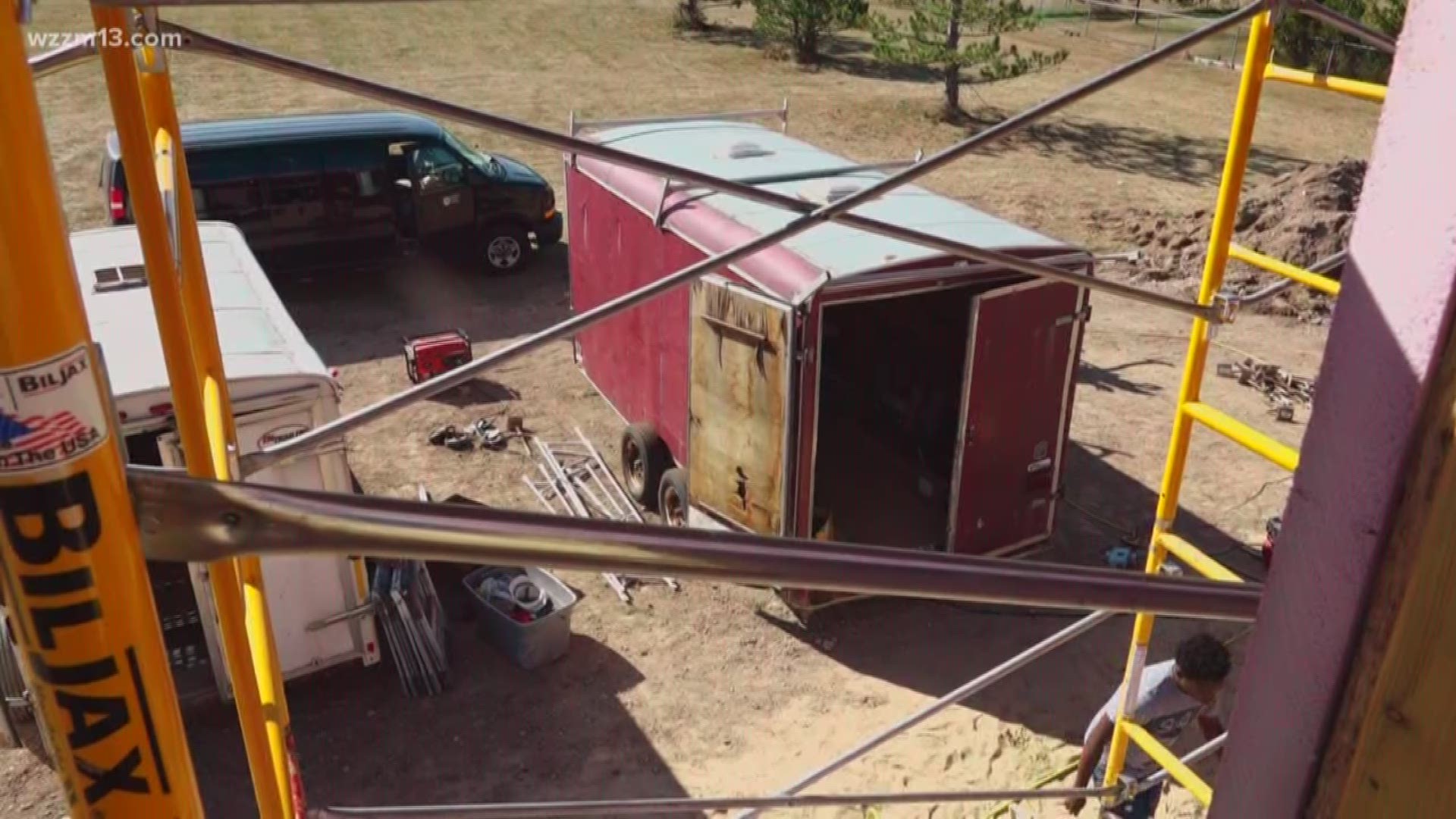 Some East Kentwood High School students build a home each year. The Residential Construction program consists of 20 students who build a home from the ground up. EKHS Principal Omar Bakari recently bought one because of the intense sense of pride it gave him to know how much love students put into the home. 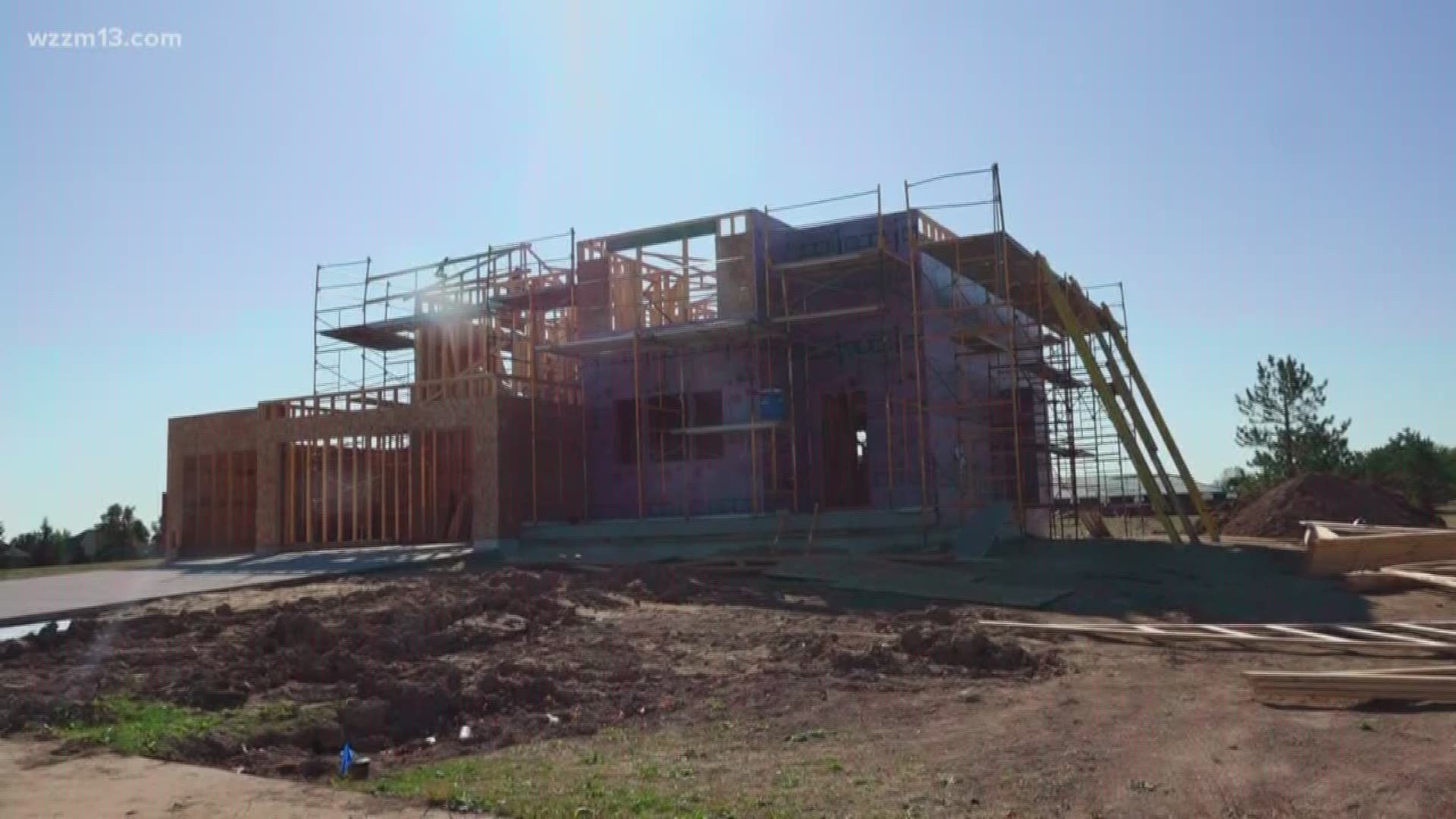 East Kentwood students are educated by some of the top teachers around. In fact, math teacher Luke Wilcox was recently named Michigan Teacher of the Year. Wilcox says his award says more about the amazing staff and student body E-K has. 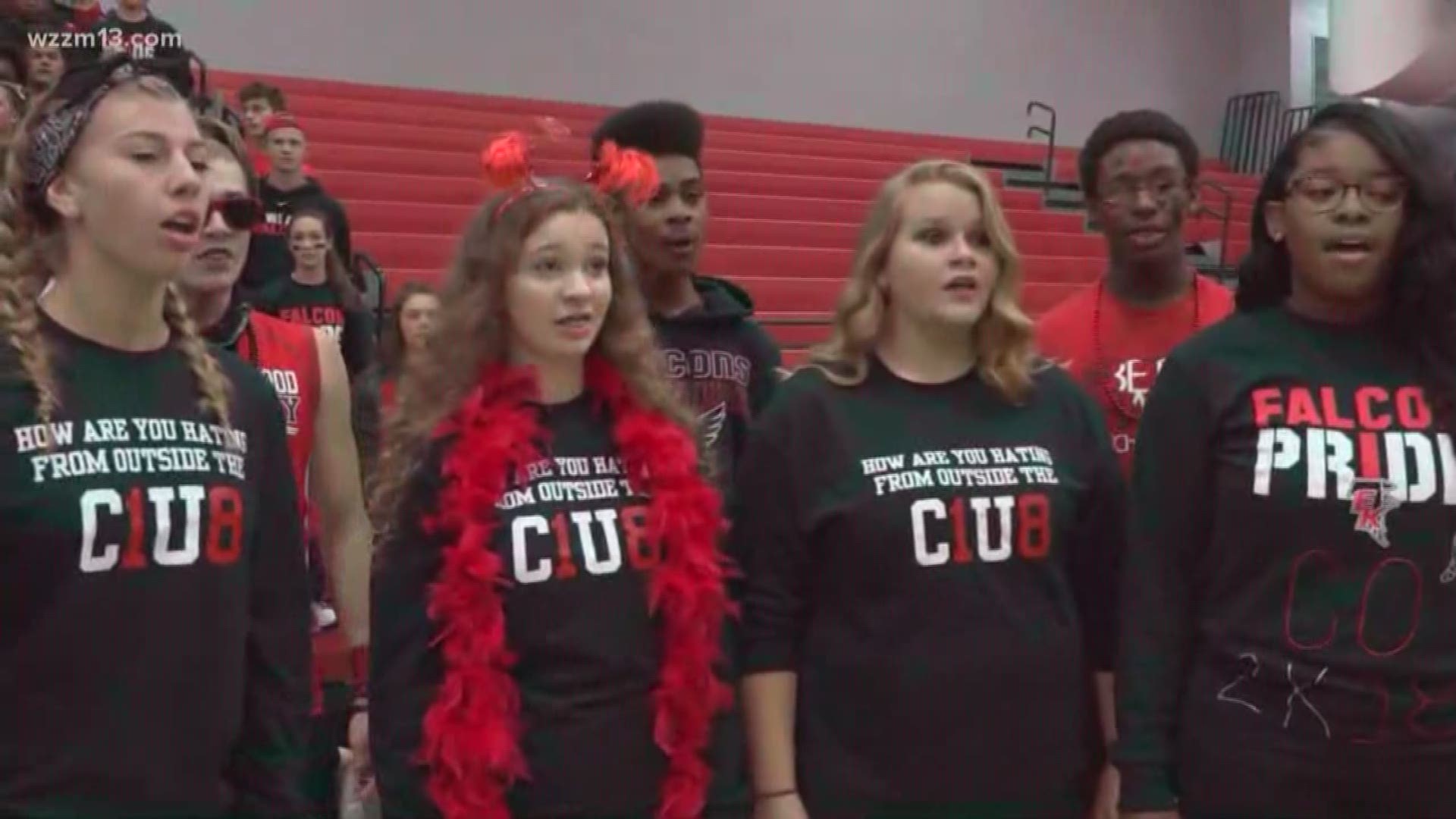 The choir performed the Star Spangled Banner for us. Members say they have one goal: sound good together. They say it's great to be part of such a like-minded group. 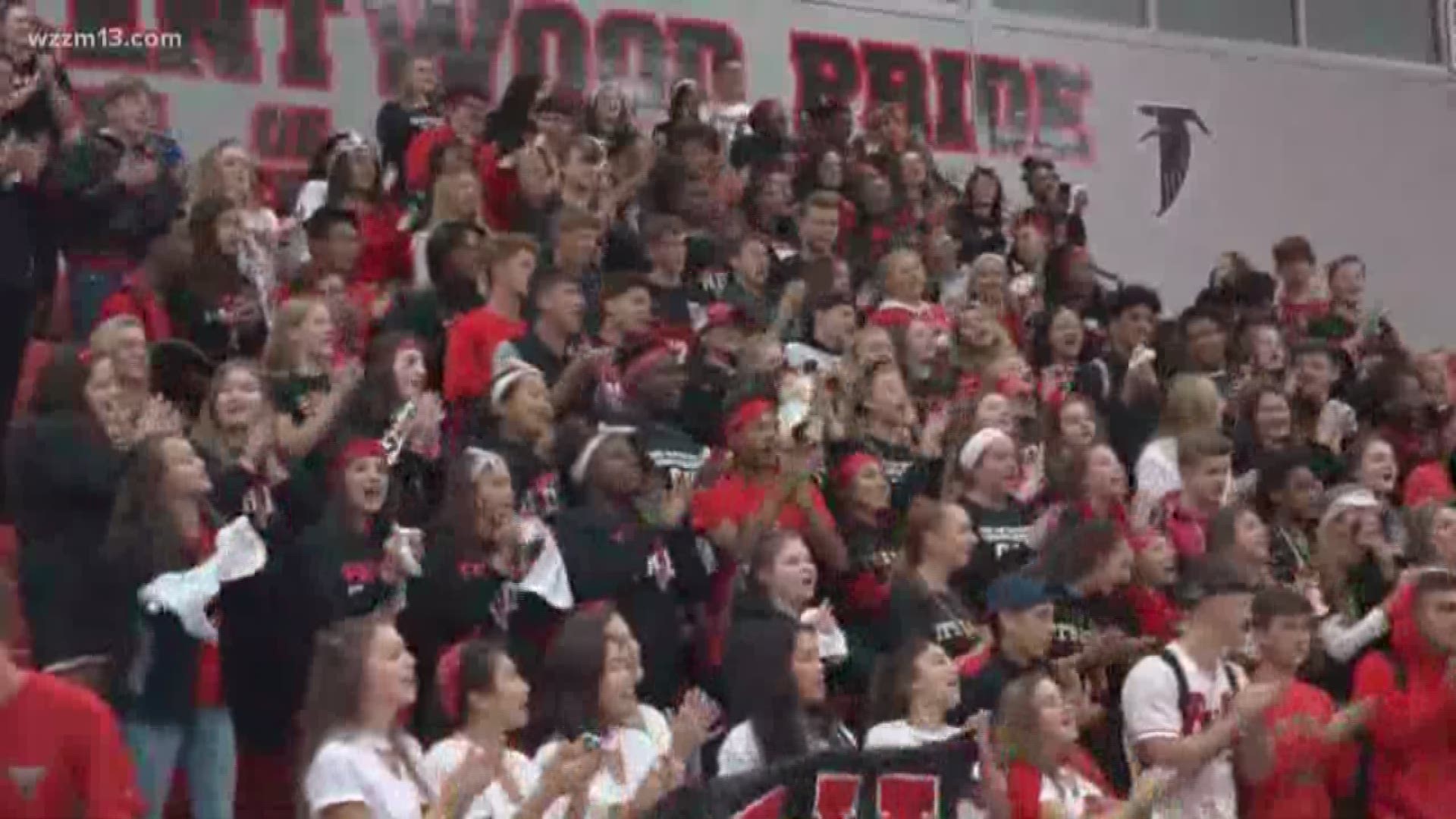 Many of the Falcon athletics teams are at the top of their classes. Both the men's soccer team and the track team recently won state championships. The girls basketball team made a deep run in the playoffs. And that's just scratching the surface. The coaches say they have great kids, a great staff, and they're happy to have represented the school while bringing home hardware. 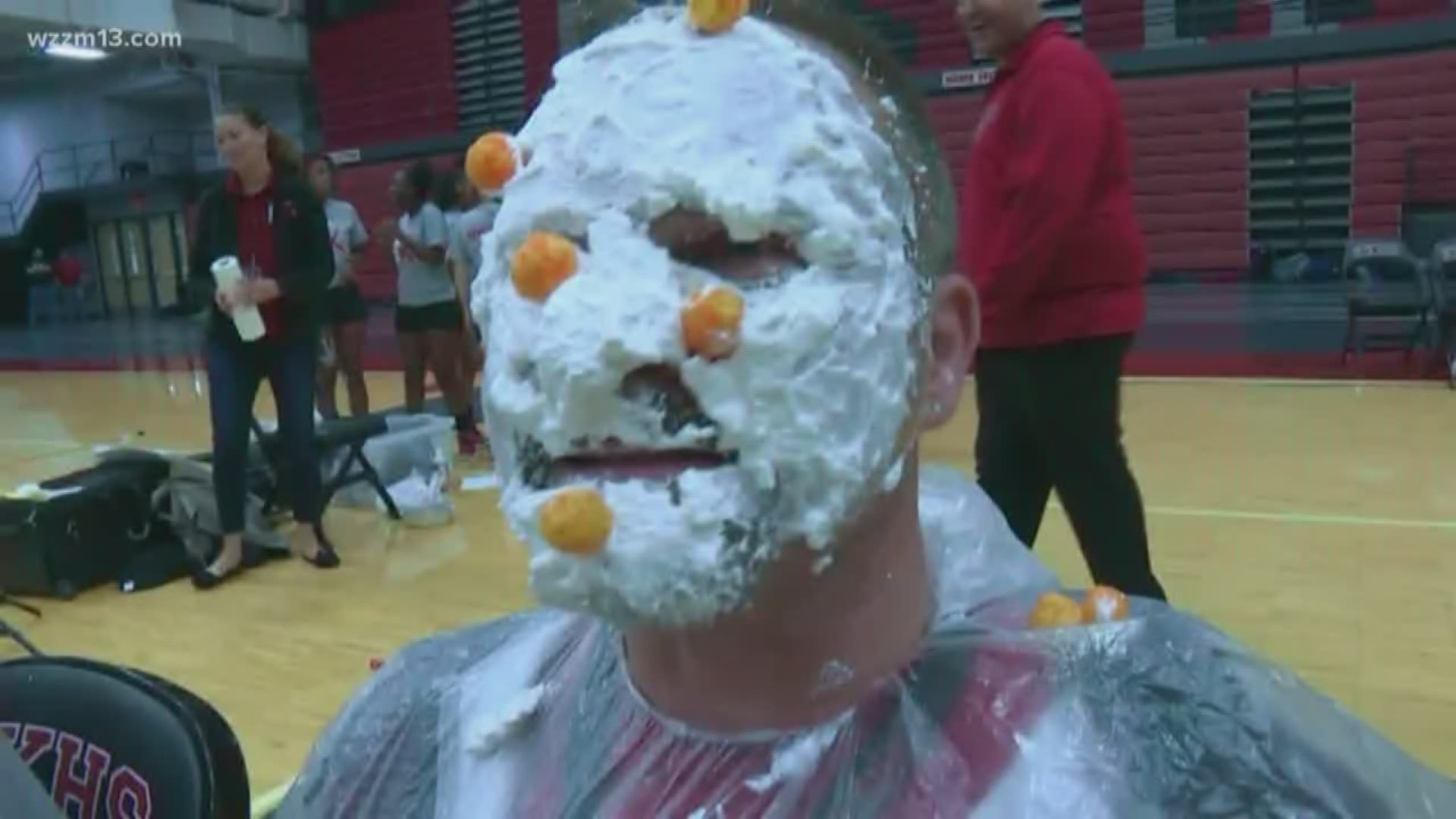 And of course we had to wrap up the week without some fun and games. The students got their favorite teachers messy with the old whipped cream & cheese balls game. If you missed it the first time around, just check out the video. You won't want to miss this!

We wrapped up the day with a very special performance from the dance team, who showed off some great moves and brought the house down. Way to go! 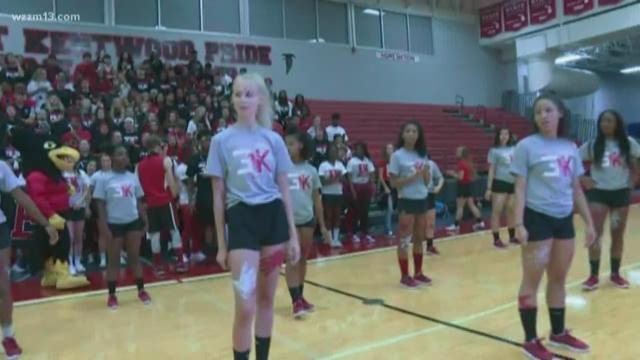 As always, we had a blast at Sunrise Sidelines. Thank you, East Kentwood High School. Your amazing support for your school and your community is infectious and the next generation of Falcons will surely live by the terrific example you set.