A rally was held Friday in support of a proposed $180M casino in Muskegon County's Fruitport Township. 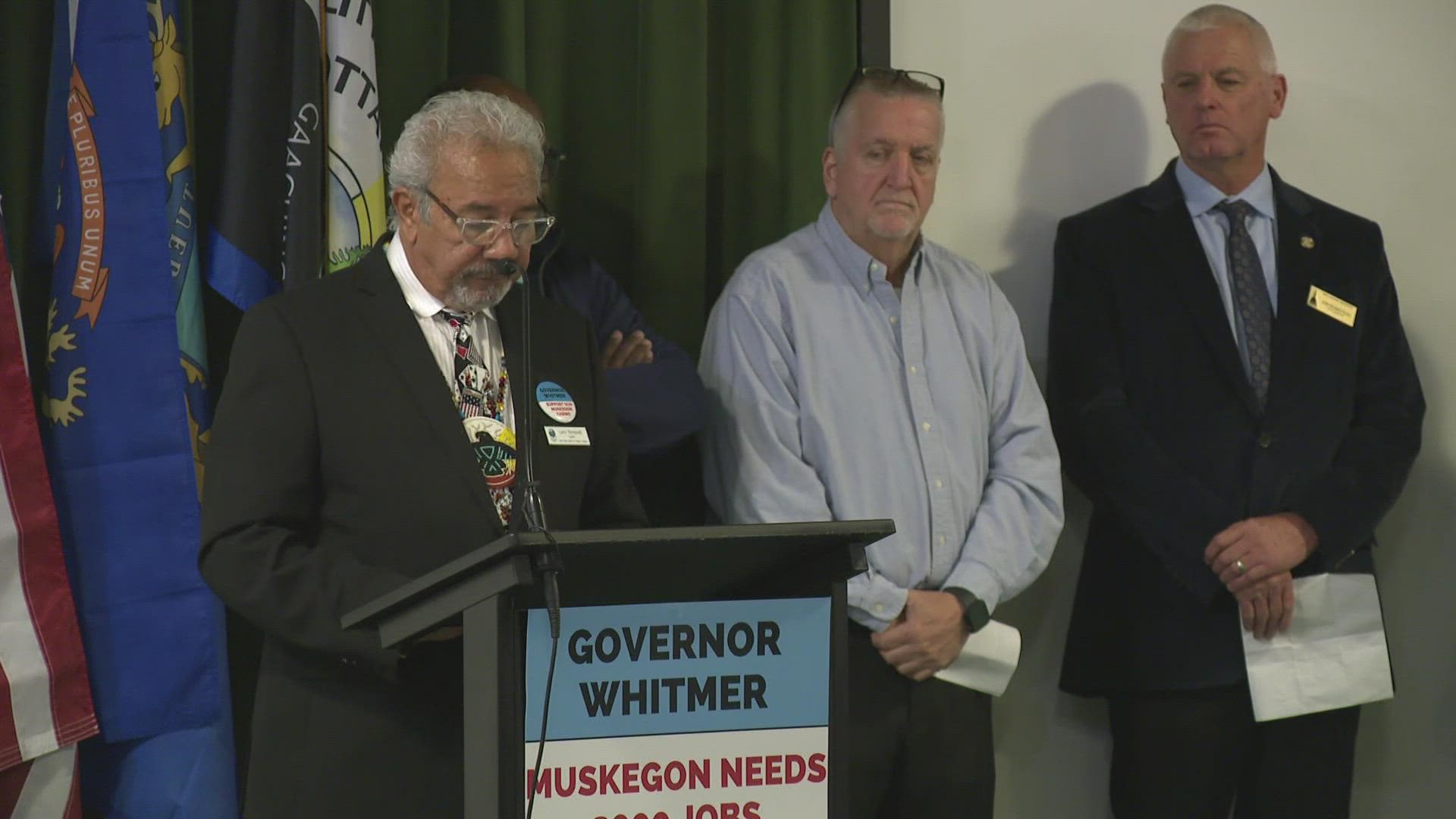 MUSKEGON COUNTY, Mich. — Time is running out, and leaders in Muskegon County are becoming bolder in their approach to gain Gov. Gretchen Whitmer's support for a proposed $180 million casino the Little River Band of Ottawa Indians wants to build in Fruitport Township.

In order for the development of a casino and hotel, the tribe needs Whitmer's support. If built it would be the tribe's second casino. It already operates the Little River Casino just north of Manistee.

At a rally Friday, supporters of the casino joined tribal leaders and members of the Little River Band of Ottawa Indians to show Gov. Whitmer the depth of support the proposed Muskegon Casino Project has in West Michigan.

The casino could mean approximately 3,000 jobs for the region that include 1,500 high paying full-time jobs and 1,500 construction and ancillary jobs.

The Little River Band of Ottawa Indians estimates the casino could generate economic development of $15 million in direct payments to the State of Michigan and millions more for local governments.

The tribe has historical ties to land in the Muskegon region and Muskegon County is home to the Little River Band’s largest population base.

"I think it's economic development at its finest," said Tribal Ogema of the Little River Band of Ottawa Indians Larry Romanelli. "This is the biggest thing that's hit Muskegon in over 100 years so it's a big."

"Republican or Democrat, union leaders or business leaders and various governmental officials, it's a diverse group," Rep. Terry Sabo, D-Muskegon said. "We all have one common goal and that is economic development here in Muskegon, we all see the prospects for what this could mean for our area."

The Little River Band’s proposed gaming and economic development would include:

The U.S. Department of Interior granted the Little River Band of Ottawa Indians approval in December to build a casino on the property.

According to the tribe, the governor has until Dec. 16 to give her support for the project. If not, hopes of building a casino will most likely be over.

Opposition to the Fruitport Township casino project is mostly from the east side of the state where all three Detroit casinos, the Wayne County Board of Commissioners and Detroit City Council have all made their objections public. Leaders from three other Michigan tribes have also voiced opposition to a casino in Muskegon County. 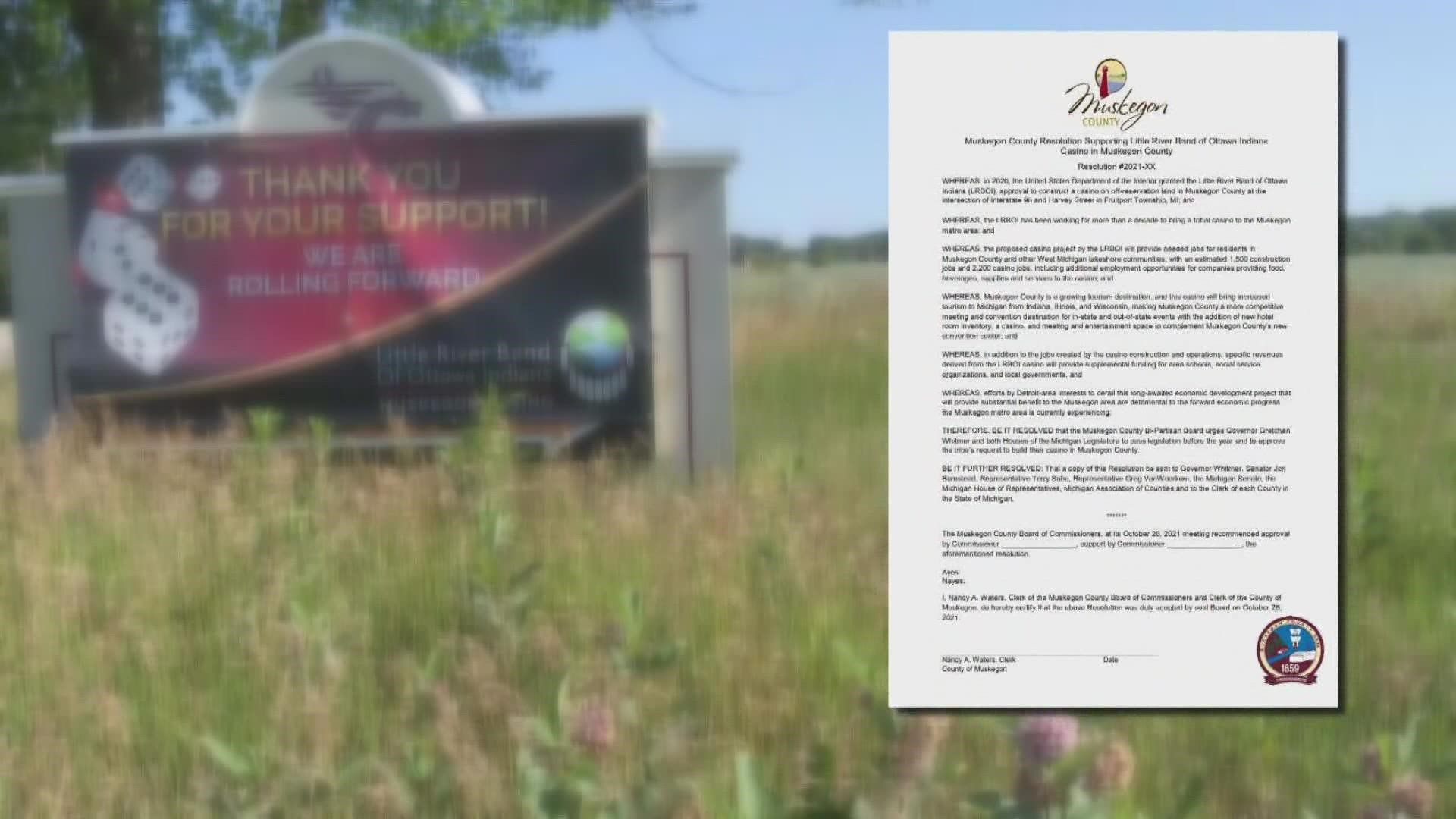