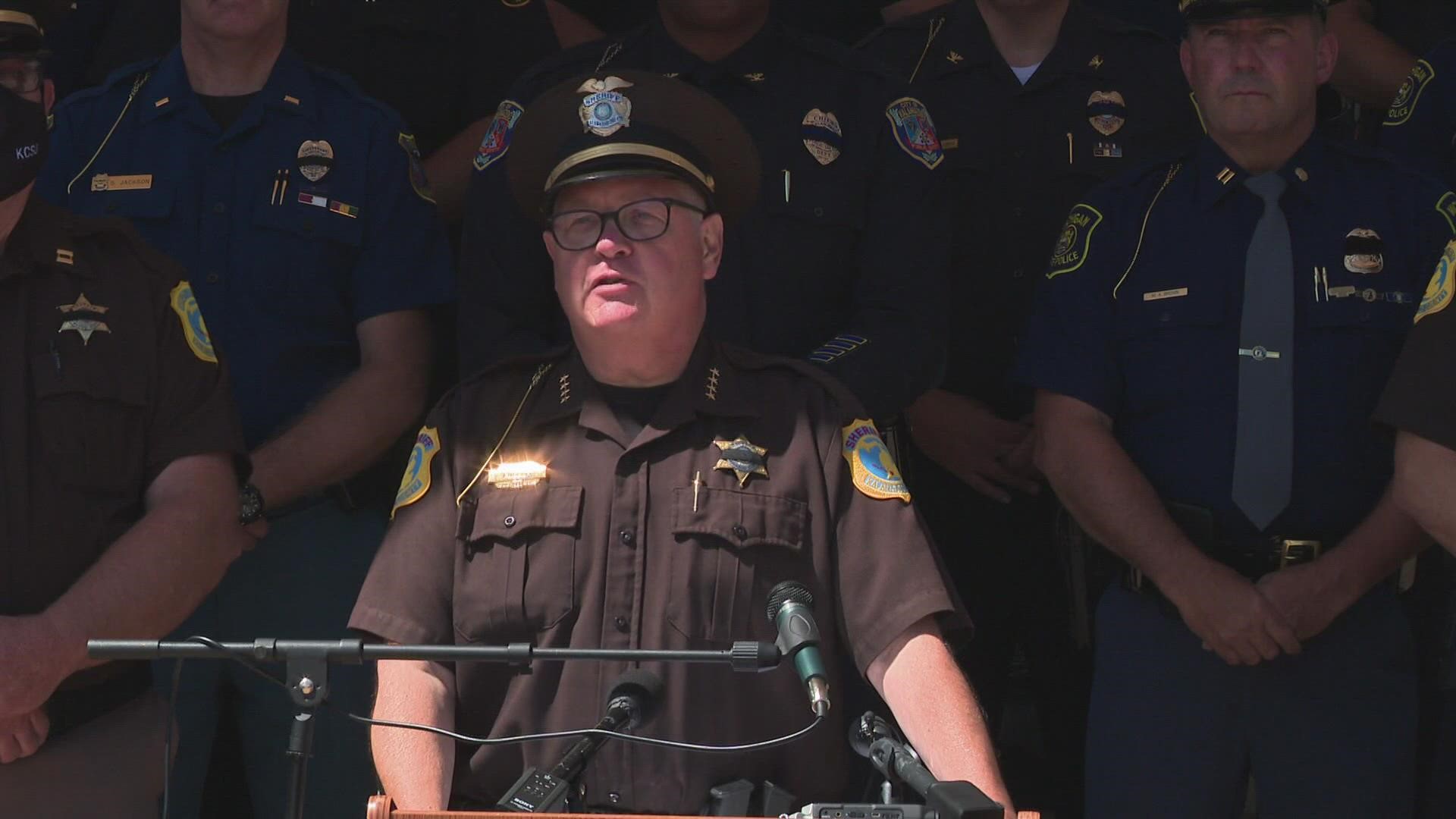 According to court records, Goidosik was previously charged with methamphetamine possession, carrying concealed weapons and assault. He was scheduled to appear in court Sept. 15.

Goidosik refused to pull over, leading police on a pursuit.

Kalamazoo County Sheriff's Deputies made contact with the suspect at a gas station. During this altercation, the suspect pointed a gun at deputies and then fled southbound toward MN Avenue.

The suspect fired multiple shots during the chase.

Deputy Ryan Proxmire was struck, and that's when his cruiser veered off the road near MN Avenue and 38th Street in Charleston Township.

A passerby found Deputy Proxmire injured inside of his vehicle on the side of the road, and called 911.

Not realizing he was injured, officers continued chasing the suspect for another 4.5 miles until his vehicle crashed at 44th Street and Q Avenue.

That's when police said the suspect got out of his car and fired at deputies again.

Authorities shot and killed the suspect.

This is a developing story. Check back in for updates. 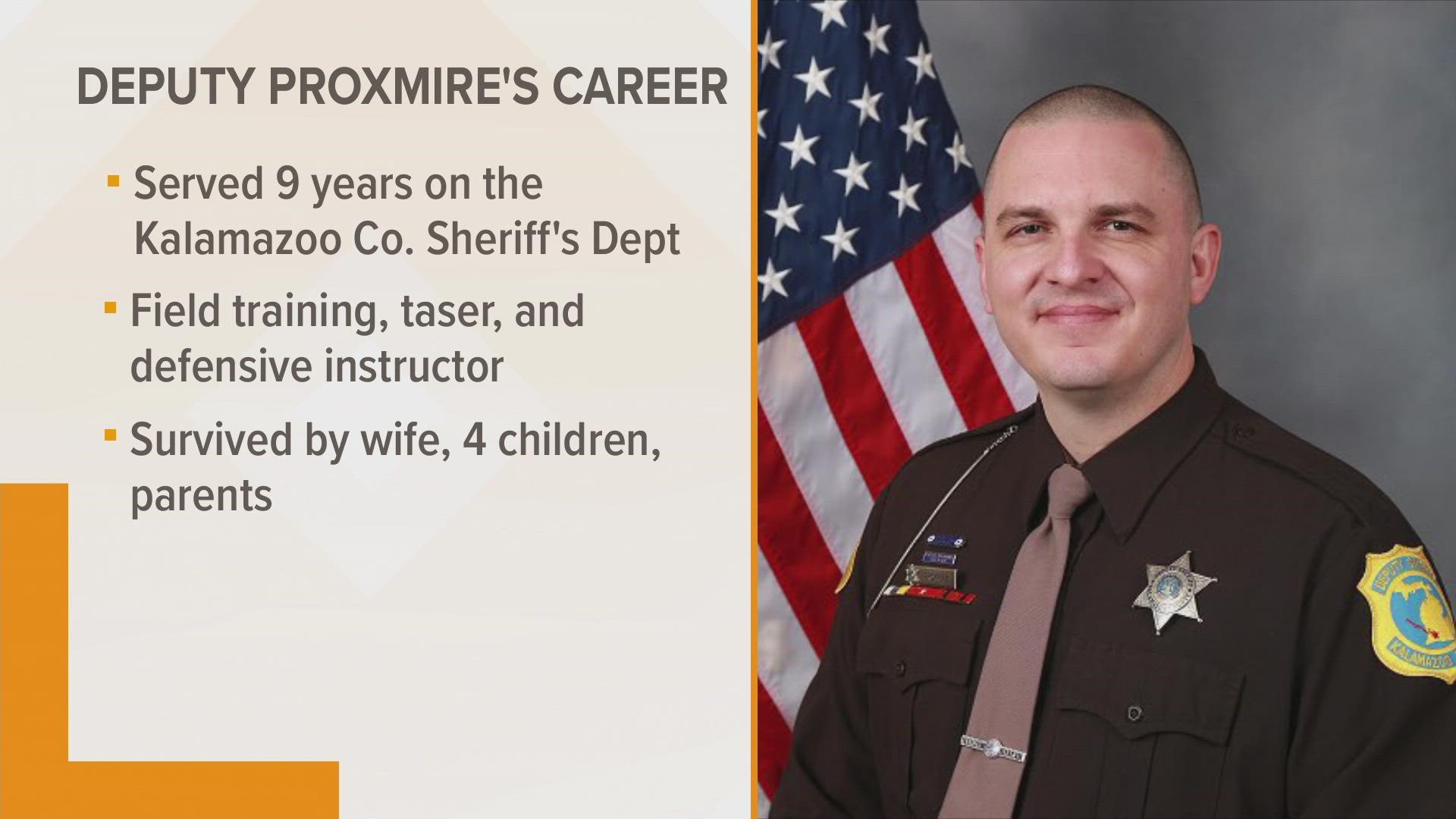