Lindsey and John Wiley had called the police for help with their son a handful of times before May 8, but it had never amounted to criminal charges or jail time. 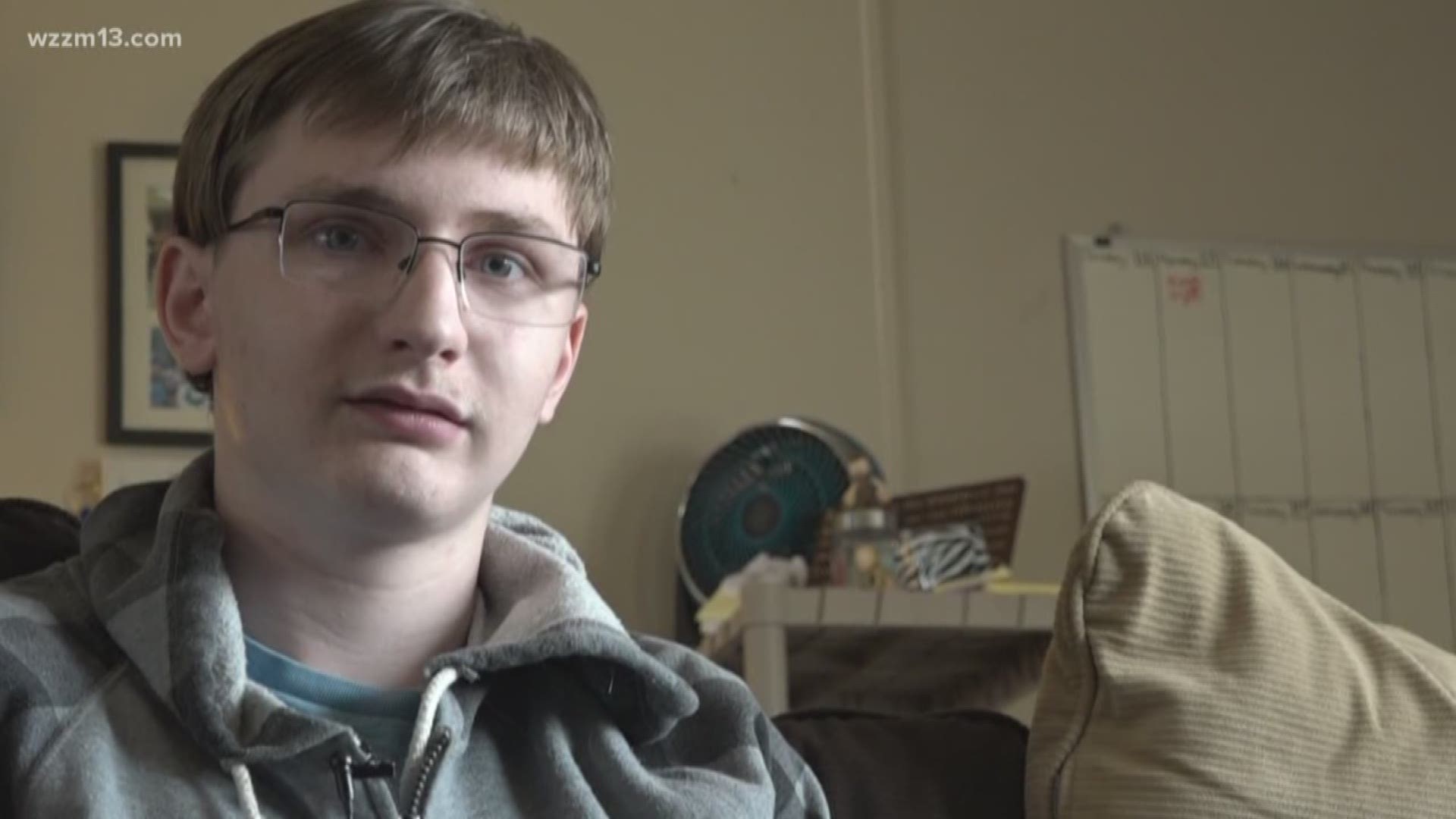 ALLENDALE, Mich. - A sudden change in his routine set Stephen Morehouse off on May 8.

Morehouse, 17, was diagnosed with autism in second grade. He also experiences severe anxiety, and meltdowns are not uncommon for him. Lindsey and John Wiley, his mother and stepdad, are his primary caregivers, and they went through safety planning with a counselor to know how to best respond to the outbursts.

Lindsey and John Wiley had called the police for help with their son a handful of times before, but it had never amounted to criminal charges or jail time.

John Wiley was sitting in the living room with all three of his boys on May 8. The boys were glued to their phones and devices, when Wiley became fed up and ordered them to give up their electronics.

"You see it in his eyes...you know what's going on. He immediately starts screaming," John said.

Morehouse charged down the hallway at his stepdad attempting to hit him. John said he pushed him back into the living room where he could put Morehouse in a basket-hold to help calm him.

"That was the only physical contact in the house," John said.

John called 9-1-1 as Morehouse began making threats of self harm. When police arrived, Morehouse's younger brother showed the deputy a video he captured of his older brother making suicidal remarks.

John said the deputy gave Morehouse a choice: jail or the hospital.

"He chose hospital, and two weeks later, he ended up in jail on a warrant for domestic violence," John said.

Captain Mark Bennett with the Ottawa County Sheriff's Department said the deputy followed protocol by filing a police report and transporting Morehouse to Holland Hospital, where he was released hours later.

Wiley said they heard nothing more about the incident until paperwork came in the mail from the prosecutor's office, which labeled John as the victim in a domestic violence case. A day later a warrant for Morehouse's arrest was in their mailbox.

"We wanted to show him the correct thing to do, so we had to respond," John said.

The warrant ordered Morehouse and John not to be in the same household, so they had to make separate arrangements for him to be taken to the jail.

The 17-year-old spent the next nearly 24 hours behind bars.

His mother called to ensure he would be given his medication, which to her knowledge, he never received.

Cpt. Bennett said an extensive evaluation was given prior to Morehouse being admitted into the jail, but said he could not speak to if the medication was ever provided.

Lindsey said an officer called her to pick up her son from jail.

"They said 'he can't be at home with the victim, so where's he going?'" Lindsey said.

Lindsey said she was required to pick up her son from jail within 15 minutes and find a place for him to stay until they could get the bond requirements changed.

The Wiley's have now hired an attorney and said they expect to have thousands of dollars in legal fees as they fight the charges. Morehouse's next court appearance is July 10.

Bennett said he believes that the prosecutor isn't pursuing this case in hopes of a conviction or jail time, but instead, to provide court assistance in finding a solution.

However, John and Lindsey said their son is in bi-weekly counseling and sees a doctor on a monthly basis.

"The meltdowns are going to happen, people need to know how to react to the meltdowns -- and that's where we were failed," John said.

The Ottawa County Prosecutor's Office did not return request for comment on the case.

Cpt. Bennett said 9-1-1 is always the number to call in situations where someone is threatening their own life. Ottawa County Community Mental Health also has a 24/7 hotline.