THE STRING PROJECT and brown, carmine, and blue win the top ArtPrize awards

Take a look at the full list of winners. 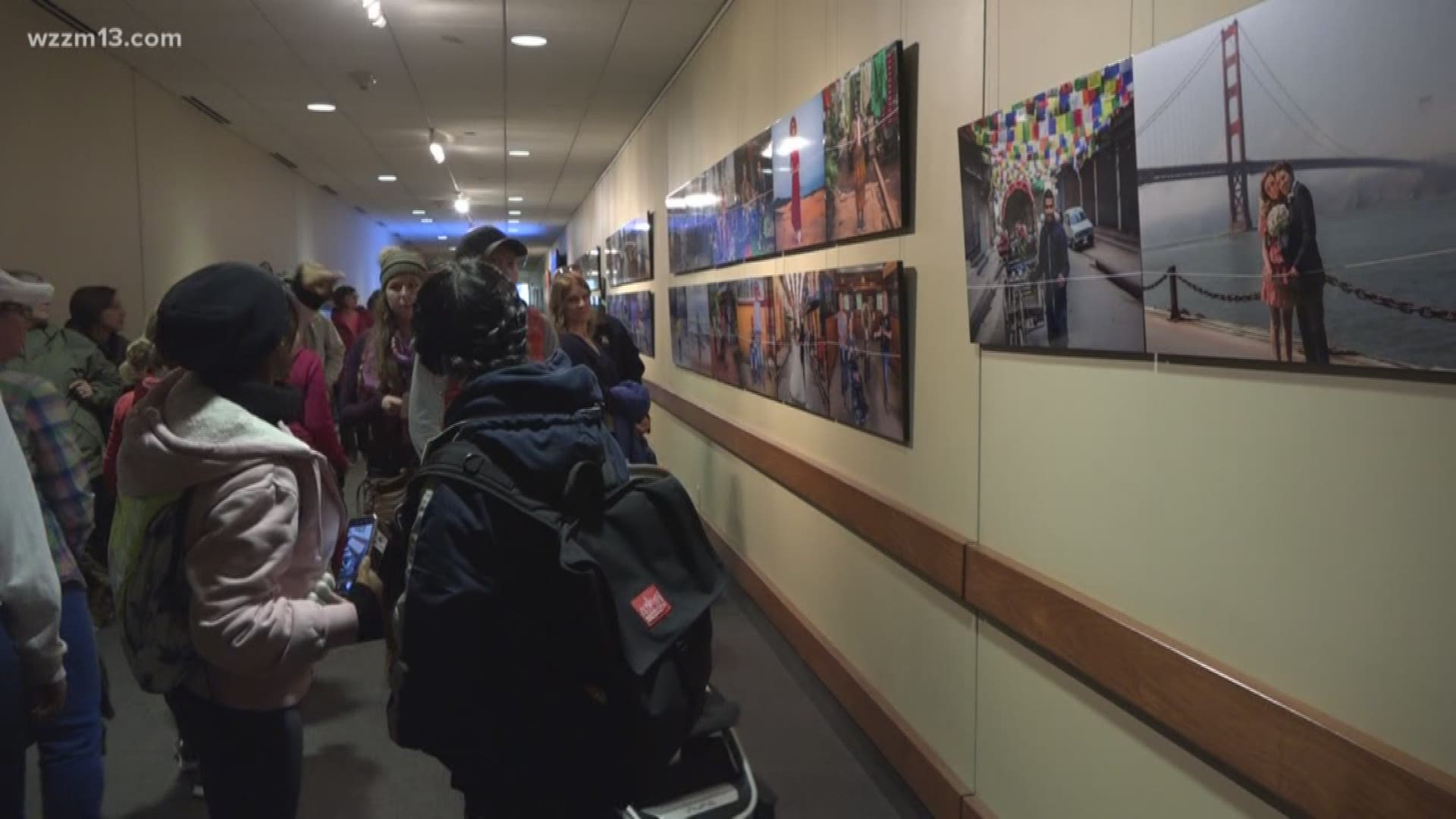 GRAND RAPIDS, Mich. - Another ArtPrize is in the books, and two artists are walking away with the grand prize of $200,000 each.

This year's grand prizes were awarded to THE STRING PROJECT by Chelsea Nix, and Mariano Cortez. Their entry won the public vote.

"I have no words," said LeSeur. "This is a beautiful experience."

THE STRING PROJECT captured the attention of the public with its photos of people from Africa, Europe, Asia, North and Latin America all holding the same simple string. In the exhibit, it looks like they are all linked together by a string.

"We felt very passionate about the idea," says Nix. "The last couple of weeks here we saw how people connected to it in some way."

The photos are on display at the DeVos Place Convention Center.

brown, carmine and blue is a time-based installation and performance that's on display at SiTE:LAB. LaSeur described the piece as her "undying quest to break down power constructs that have continuously ostracized the very things that I identify with: blackness, queerness, and my femininity."

"Just knowing people connected with it and having this ultimate moment at the end is just everything I could ask for," she says.

In addition to the two grand prizes, ArtPrize also awarded a total of $100,00 to the top entries in each category. Each artist for the public and juried vote in the individual categories won $12,500.

In addition to the art pieces that were awarded prizes, the Grand Rapids African American Museum and Archives won the Outstanding Venue Juried Award.

More than 250,000 votes were cast in this year's ArtPrize competition. Venues will remain open until Sunday, Oct. 7 at 6 p.m.