There were two adults and five children in the carriage, and they were all ejected. 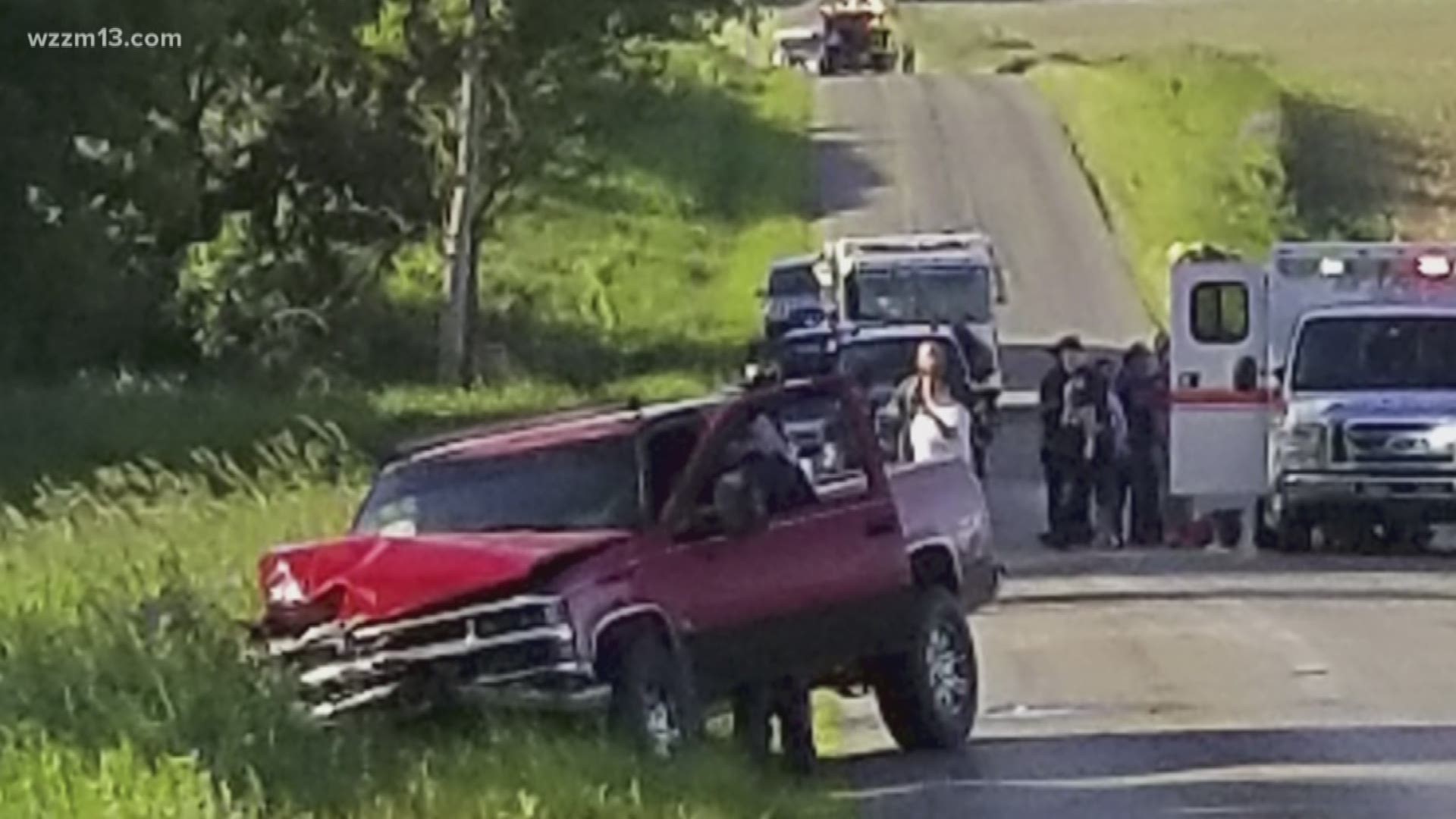 BRANCH COUNTY, Mich. — A third child has died because of a crash involving a horse-drawn buggy and a pickup truck that occurred on Friday in Branch County.

Michigan State Police Sgt. Seth Reed confirmed that a 4-year-old child died after being transported to the hospital. A 6-year-old and a 2-year-old were also killed, and they were pronounced dead at the scene.

There were two adults and five children in the carriage, and they were all ejected. A 3-year-old also suffered "major injuries," but there is no update on the child's condition. A woman in the buggy was also seriously injured.

Fyre was arrested on Saturday on a $500,000 bond. He is awaiting arraignment on Monday.

There are over 15,000 Amish people in Michigan, according to study by Elizabethtown College's The Young Center. Michigan has the sixth highest Amish population in the country, behind Pennsylvania, Ohio, Indiana, Wisconsin and New York.

On May 31, one child and one teen in Austin Township were injured when their buggy was hit by a vehicle. In 2017, three children were killed and six others were injured in a buggy-car crash in Evergreen Township.