"To Kentwood Public Schools: what steps did Kentwood take to conduct a background check of Quinn James before hiring him?" 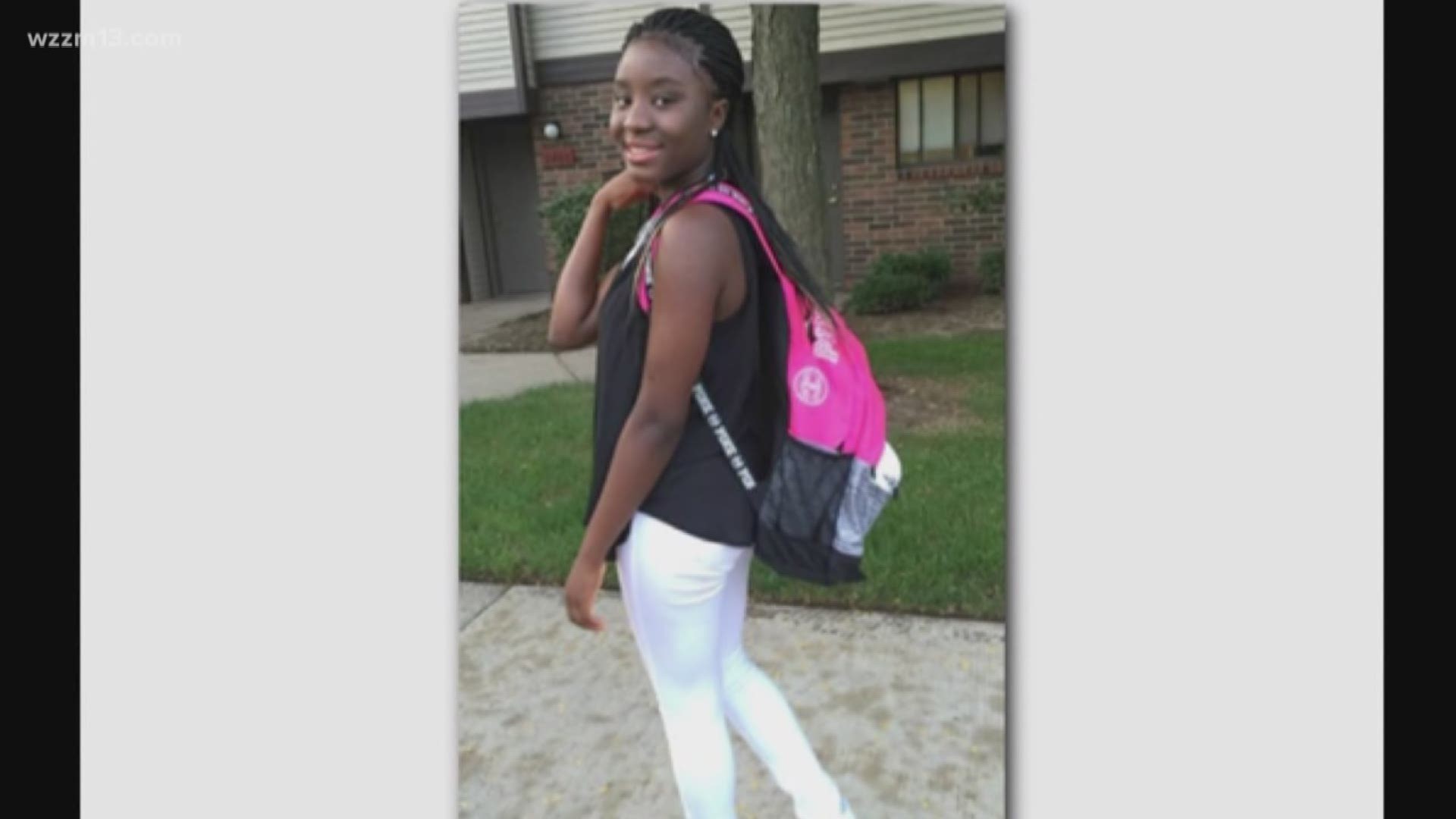 Mujey Dumbuya's family escaped war in Africa and thought they had found safety in the United States.

"It's a tragedy and it's unfortunate that it had to be her," said Jainya Sannoh her aunt.

On Jan. 24, the 16-year-old left for East Kentwood high school in the morning, but never made it to her first class. Her body was found four days later in a wooded area in Kalamazoo. Police are investigating the death as a homicide, but at this point no one has been charged.

"The family is not making any assumptions about who committed these crimes," said Christine Yared the family's attorney.

But they are asking questions about one man: 42-year-old Quinn James. James has been charged in two different criminal sexual conduct cases, one in 2014 and one in 2017. Mujey is named as a victim in the 2017 case and was set to testify in his trial.

Kentwood Public Schools has confirmed that James worked for the district as a groundskeeper and custodian from 2011 to 2017. James has a criminal record including an armed robbery conviction in Kent County in 1991.

"To Kentwood Public Schools: what steps did Kentwood take to conduct a background check of Quinn James before hiring him?" asked Yared.

"To the criminal justice system: why wasn't Quinn James required to wear an electronic monitor device while he was out on bond? It is unreasonable to conclude that a violent felon who also possessed a weapon while in prison, and thus broke the law could be trusted to follow a bond condition that he have no contact with Mujey," said Yared.

"I'm pleading to the community that if someone knows anything please come forward....this case cannot go cold," said Sannoh.

Kentwood schools has said that they fired James as soon as they learned about the charges in the 2017 case. The Kent County Prosecutor said James rape trial will move forward without the star witness. It is scheduled to go to court in April.

Mujey's family is pleading that if anyone saw Mujey between Jan. 24-28, please contact police or Silent Observer.