A one-on-one interview with Tom Norton, a Republican who is running for a seat in the U.S. Congress. 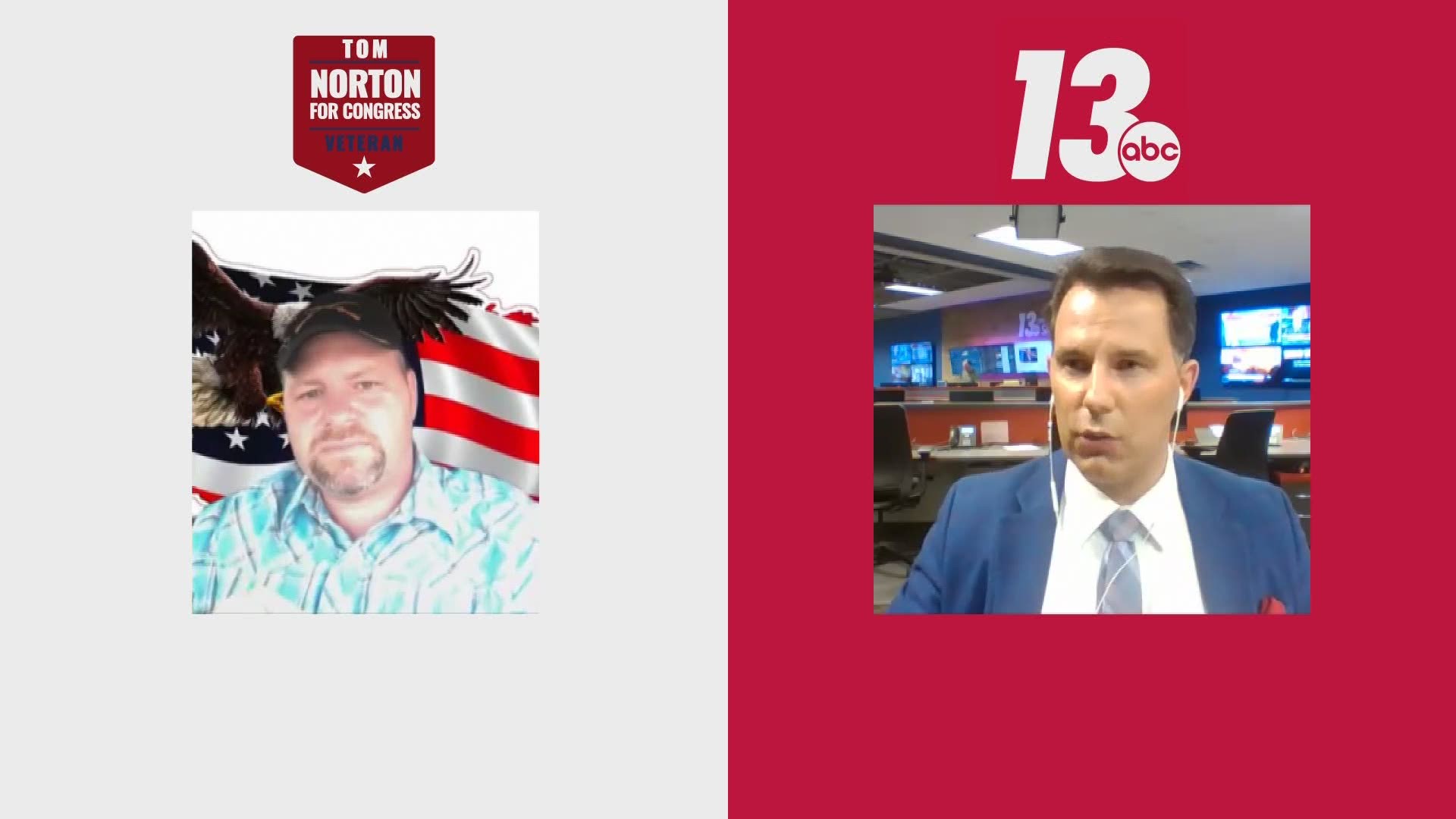 This week, 13 ON YOUR SIDE is doing one-on-one interviews with each of the Republican candidates competing in the Aug. 4 primary. Thursday is with Norton.

Norton served in the Afghan War before getting elected to public office as a Village Trustee and Village President in Sand Lake. He also ran for Michigan House of Representatives in 2014. Norton now works as a salesman.

Norton's platform is veteran-focused, and some of the issues include health care, tax relief and being pro-life.

NICK: What do you think is the biggest issue facing the Third District?

NORTON: We have very limited leadership and very little representation in Washington right now because, Mr. Amash has really failed to do his job. I filed to run because he said 'veterans aren't my problem, go to the VA.' Everyone else decided to run after the opportunity presented itself. So they are in this race for themselves, and nobody else.

NICK: When you hear the phrase Black lives matter, what do you think of?

NICK: Do you believe police treat Blacks and whites equally?

NORTON: I believe they treat everyone by the actual scenario they come up to. Police officers don't wake up in the morning and go, 'hey, I'm going to go shoot somebody. They don't go, I'm going to go arrest a Black person, a white person, an Asian person.

NORTON: I'm very pro-Trump. In fact, my signs say, 'Pro Life, Pro Trump. I'm not afraid of what the president is doing, because if you look at it, the left-wing media is looking at it and saying. We're excited that economy is collapsing. And all of a sudden, they're throwing a fit because unemployment is dropping.

NICK: Would you vote for another direct-aid COVID stimulus package right now?

NORTON: I would not vote for the stimulus that's on the table. Instead of giving a hand out, we need to do targeted business loans. Zero percent interest.

NICK: In an MLive article from June, you say that the Democratic Party Leadership is the most racist group you know of. Do you think they're more racist than the KKK?

NORTON: The Democratic Party founded the KKK. Not a lot of people know that. Nathan Bedford Forest was a Democrat. The Civil Rights Amendment back in the 1960s was fought by Democrats. President Lyndon Johnson said, I will have those n'ers voting Democrat for a hundred years.' I can't find anything more racist than that.

NORTON: I think there are some democrats in there who aren't racists. I could easily work with a lot of African Americans in the Democratic Party because a lot of those folks aren't think that everybody else is racist.

The other candidates in the race are Lynn Afendoulis, Joe Farrington, Peter Meijer and Emily Rafi. The winner of the GOP primary will face Democrat Hillary Scholten in November.