Northbound US-31 buckles because of heat, lane re-opened

Police are advising drivers to find an alternate route because traffic is backed up and being redirected to the shoulder. 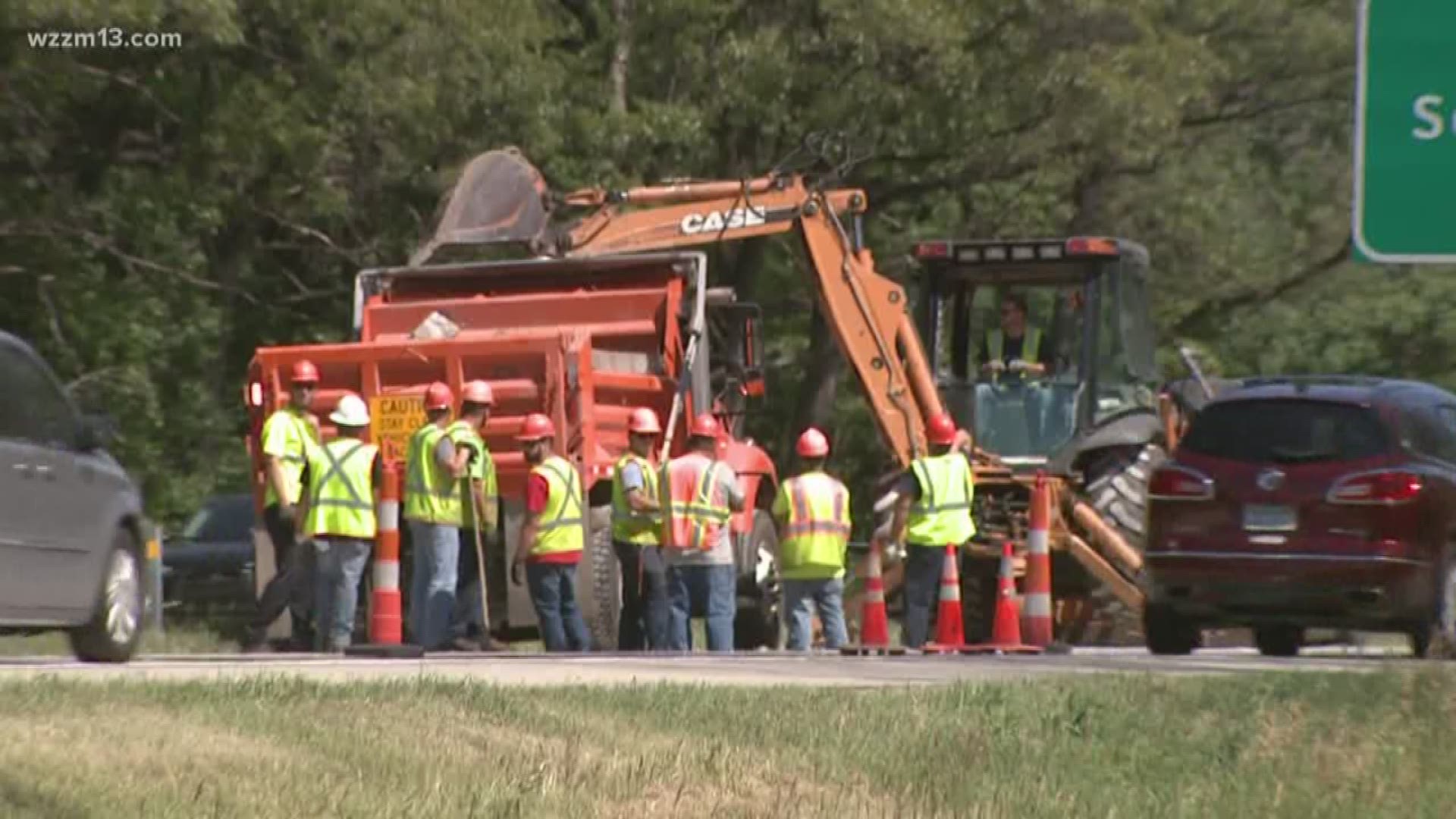 UPDATE, Monday, July 2, 4:30 p.m: The heave in the pavement has been fixed and both lanes are now open. MDOT says that southbound US-31 between Laketon Avenue and Sherman Boulevard will be reduced to one lane on Tuesday, July 3 for repairs.

FRUITPORT, Mich. - The left lane of northbound US-31 near Broadway Avenue in Muskegon County is closed while crews repair the road.

The pavement heaved because of the excessive heat. AccuWeather says that thermal expansion can cause the roadway to buckle or shatter. 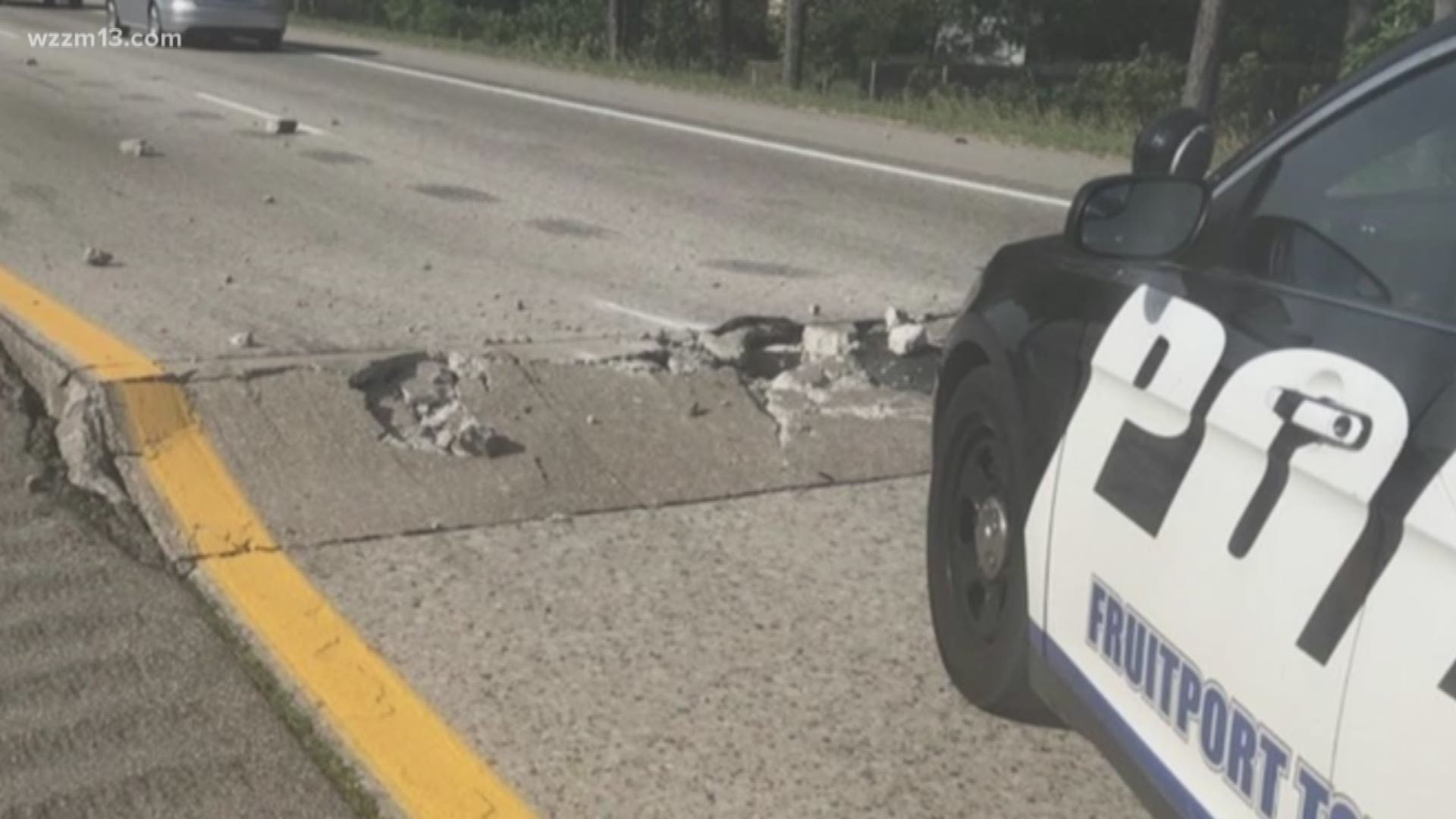 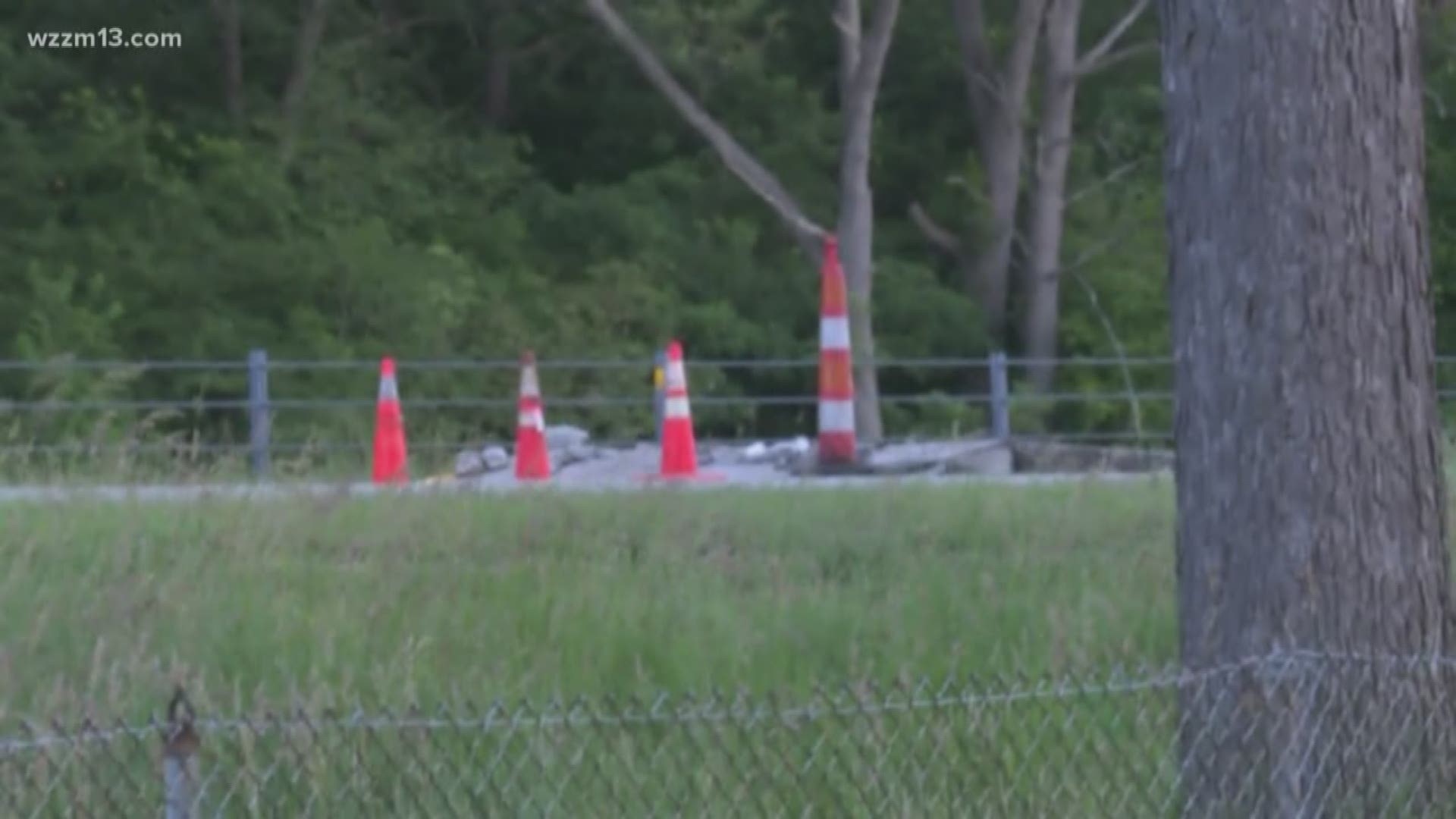 Police are advising drivers to find an alternate route because traffic is backed up and being redirected to the shoulder. They say that the lane will also likely affect the Monday morning commute.

John Richard, from MDOT, said that the left lane will be closed until approximately 12 p.m. on Monday.

Fruitport Police and an MDOT representative are on the scene assisting with traffic.

Police say two vehicles were damaged, but the road failure did not cause any injuries.

Monday Muskegon County Road Commission workers removed a 77-ton section of the road and repaired the section with asphalt.

Tuesday, or later this week two sections of the southbound lanes will be removed and patched.

Bumps noticed on those lanes are not as significant as the road heave that occurred Sunday.

Signs placed on the shoulder of the road warn drivers to use caution.

Interesting day on US-31. Southbound lanes bumper to bumper after Electric Forest lets out. And road crews "monitoring" small heaves in road. Drivers warned with signs about bumps. Not as large as the one discovered Sunday on northbound lane. @wzzm13 pic.twitter.com/LwuTaytpq9

Over on southbound US-31, crews have removed bad section of road. One lane still closed just south of Sherman. Traffic moving steady, maybe 40 mph. Effort to get that second lane fixed and open continues. @wzzm13 pic.twitter.com/Aup5710Wy3

At the end of May, there was another heave on northbound US-31 between Sherman Boulevard and Laketon Avenue. That incident was caused by extreme heat.

Authorities have not said if this heave is in the same location as the previous one.