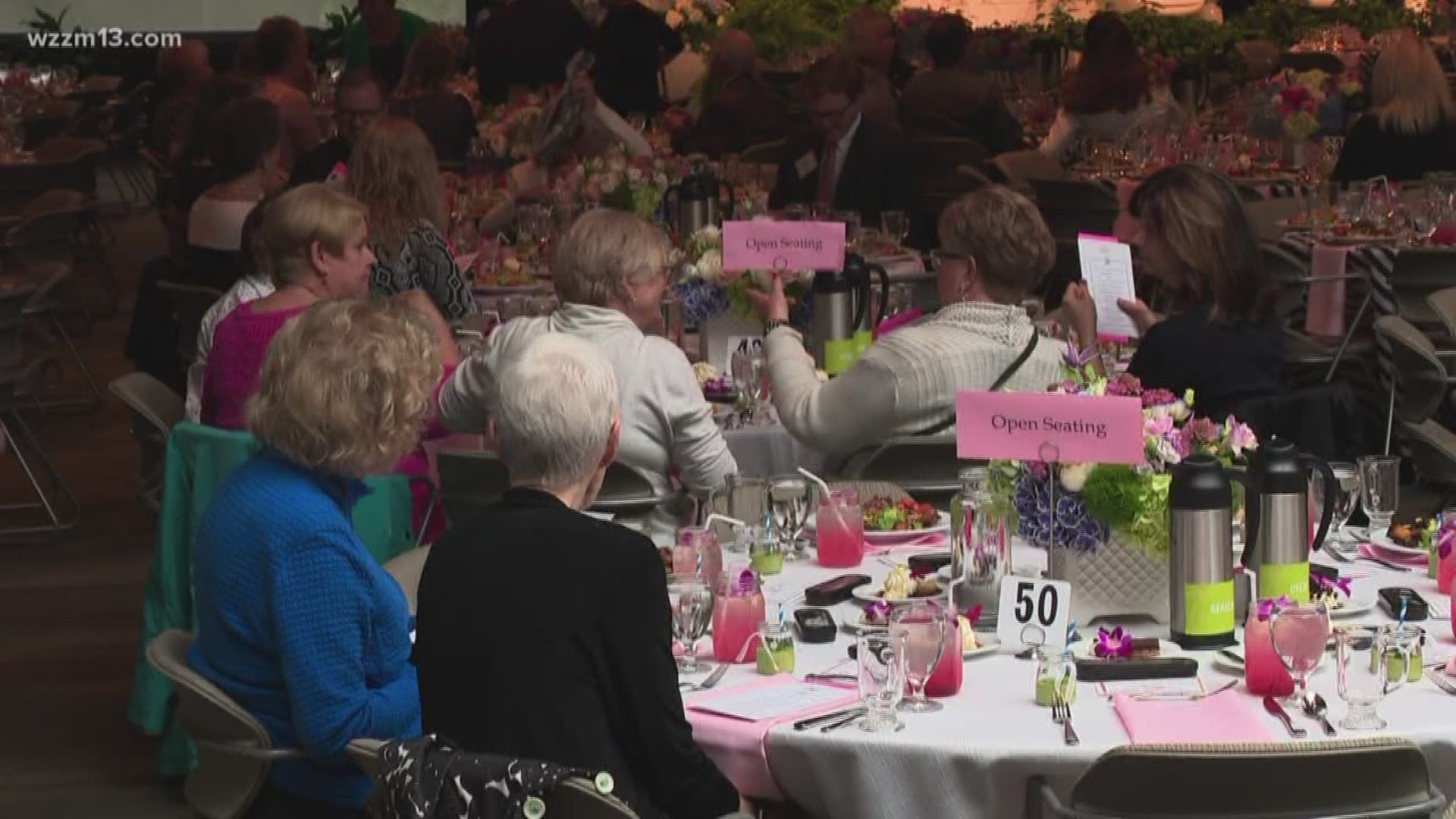 GRAND RAPIDS, Mich. — Inside the White House, behind the scenes of the First Lady's office, that was the theme for the annual First Ladies Luncheon Series.

Motown legend Martha Reeves kicked it off, belting out the words to the hit song, '"Dancing in the Streets'' before several big White House names shared their stories of being behind the scenes at 1600 Pennsylvania Avenue.

The First Ladies of America have a big job.

The special women were honored at a first ladies luncheon, sponsored by the Gerald R. Ford Presidential Foundation.

"[This] not only honors and recognizes my mom's life and her legacy, but it also recognizes all of America's First Ladies," Chairman of the Gerald R. Ford Presidential Foundation and son of President Gerald Ford, Mike Ford said.

Former First Lady Betty Ford would have been 101 years old this year.

"My mom was her own person as First Lady and I think she stepped outside of the norm a little bit," Mike Ford said.

"I like to think like the way Ladybird Johnson referred to the job of First Lady, and she said 'Look, I have a podium and I intend to use it,'" McBride said. "Being Chief of Staff to a First Lady was just a great job, every day it was something different."

Bush, like Ford took her job as First Lady seriously.

"Each of them have found a way to use their own voice and bring what is important to them, and personal and natural to them to the position," McBride said.

"She really took that responsibility seriously, I think much like Mrs. Ford and Mrs. Bush," Tchen said. "I think they understood that spotlight and were strategic about figuring out how best to use it to highlight important issues."

Countless people work behind the scenes in the White House to not only assist the President in running the country, but to help the First Lady with her initiatives.

"I hope they get to see a real good picture of what the White House and the First Lady world was like," Mike Ford said.