The scouts of Troop 281 have a camping trip planned for next month, so the missing gear doesn't help. 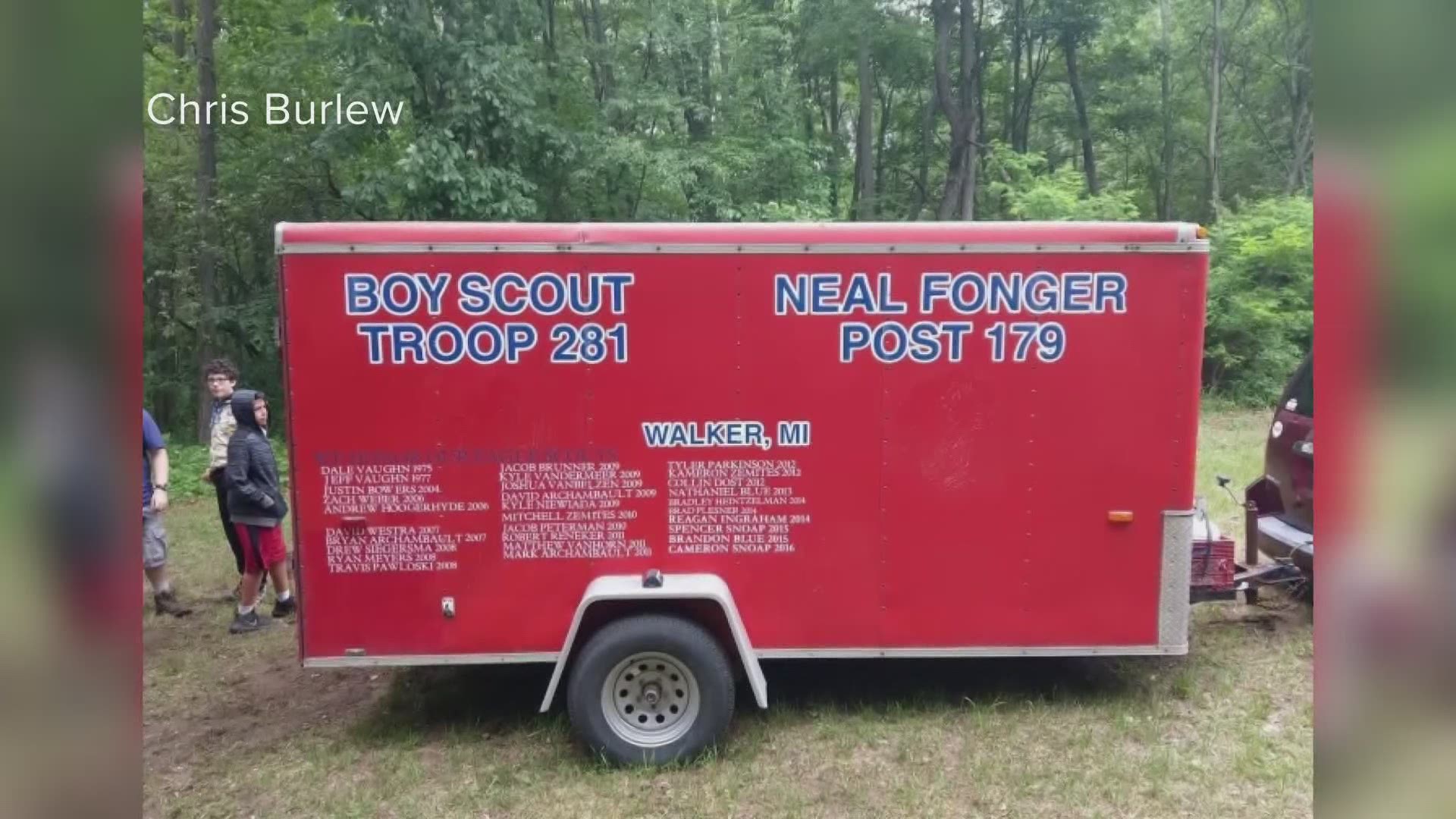 WALKER, Mich. — Scoutmaster Chris Burlew couldn't believe it when he first got the call on Sunday.

"My first thought was it's Father's Day," says Burlew. "Why come to an American Legion and take Boy Scout stuff?"

Two trailers stored at American Legion Post 179 that were filled with camping gear for his troop were stolen.

"There was a lot of expensive stuff in there, stoves, tents," says Sam Gies, a Boy Scout with Troop 281.

Because the trailers were at the rear of this building, and not clearly visible from the street, Burlew thinks whoever took them must have already known they were there.

"Whoever did it took a few minutes to plan ahead," he says.

The scouts of Troop 281 have a camping trip planned for next month, so the missing gear doesn't help. But it wasn't just equipment inside.

"We had a big blanket in there that had big patches on it from different events," says Burlew. "That's not something we can replace."

Gies is looking at the bright side. The troop still has each other.

"It's just so much fun to know boys your age, just hanging out with them and leveling up your skills in Boy Scouts," says Gies.

And now, they still have their camping trip too. Another troop in the area, as well as several community members, already volunteered to lend them supplies.

"It feels great, they didn't even need to help us," says Gies.

If there was a badge for making the most of a bad situation, Burlew says his boys more than earned it.

And to the person who took the trailers, Burlew asks for their return.

"Just bring them back. Just park them here, we'll call it good," says Burlew. "You don't even have to leave a note saying you're sorry."

If you have any information on the trailers, Burlew asks that you contact either Walker or Grandville Police.

The troop has also started a GoFundMe page to help raise money to replace the gear. 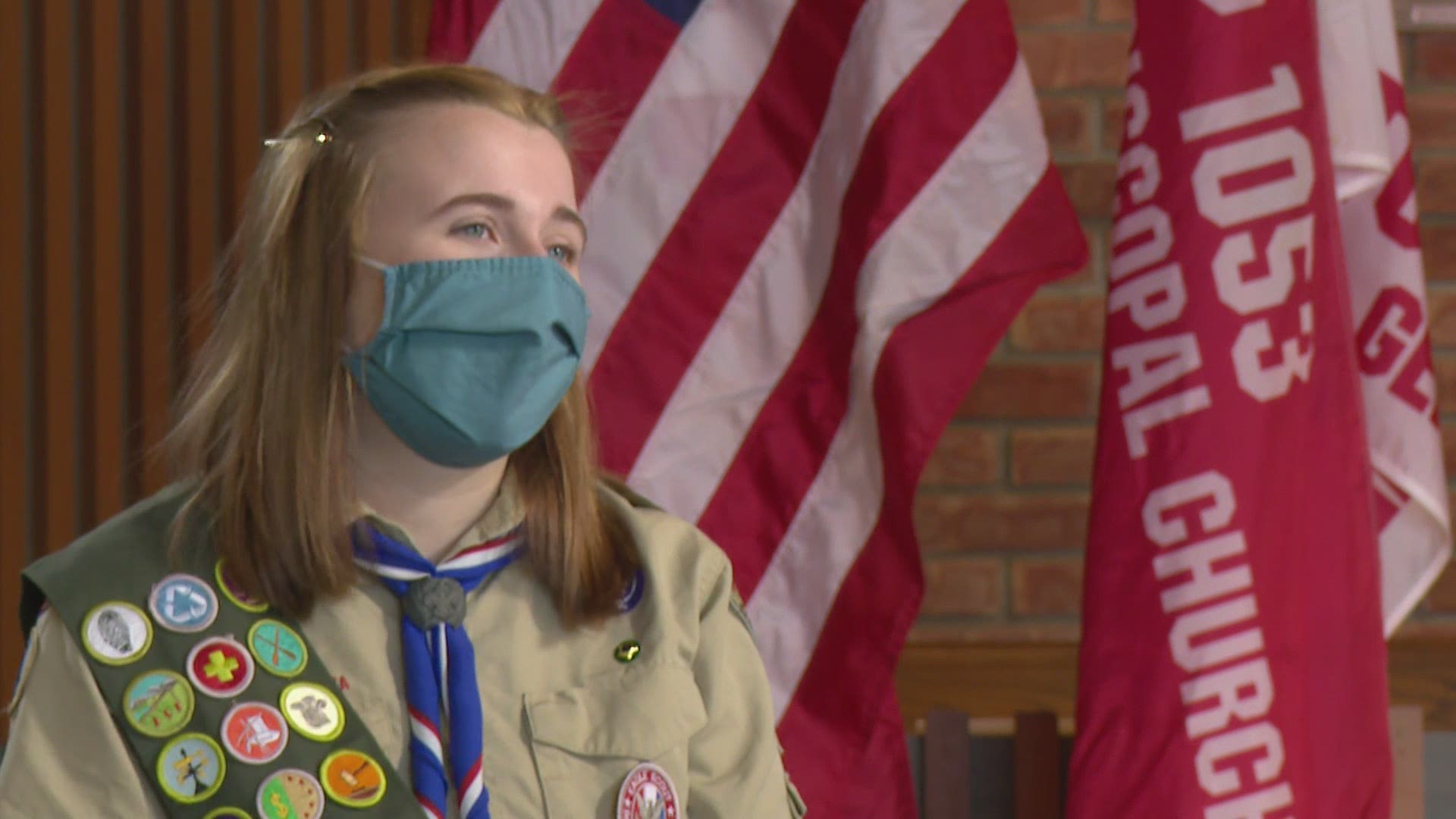