"Fighting the government is one of the hardest things you can do." 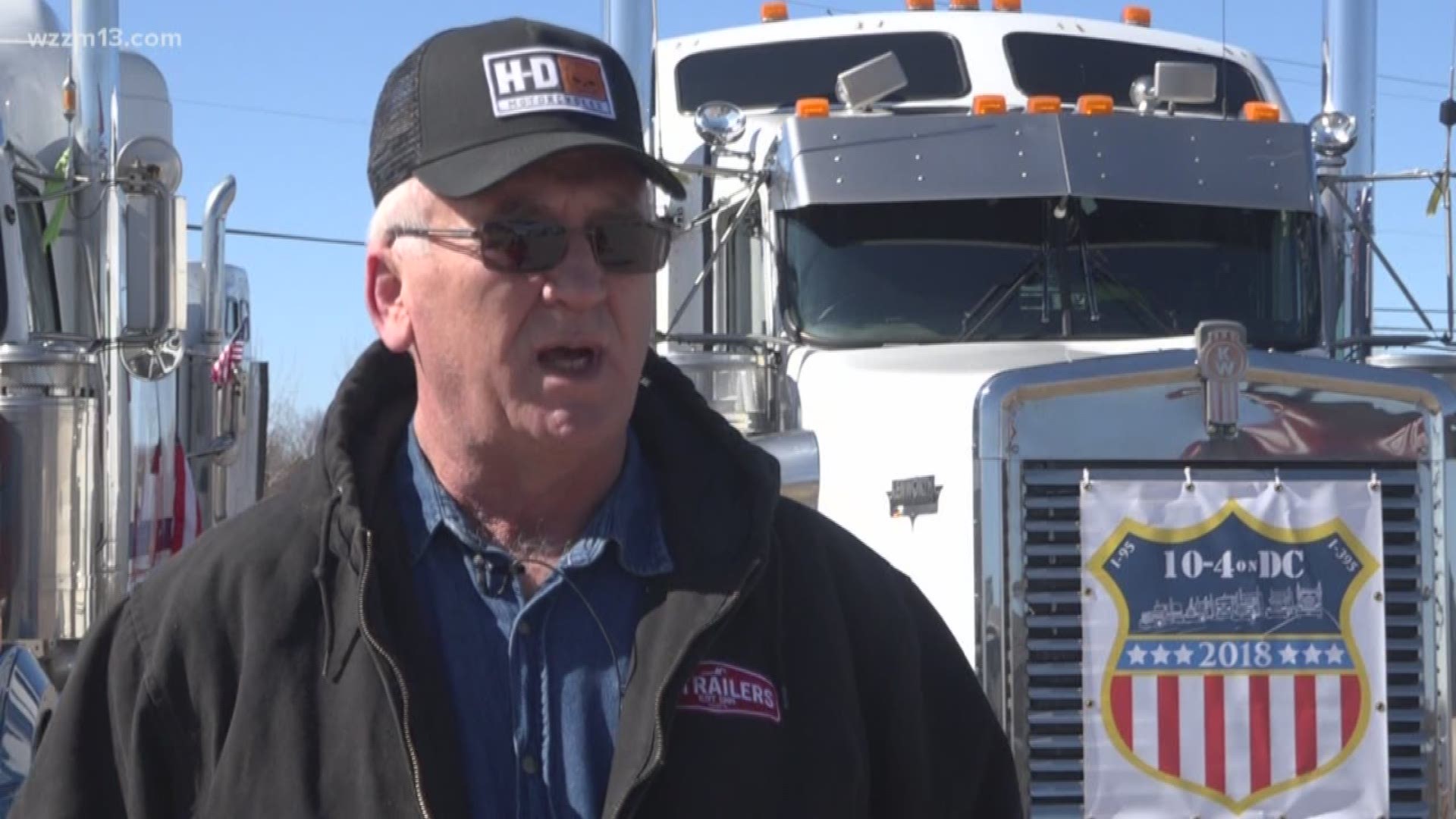 GRAND LEDGE, Mich. — Around 100 truckers took to Lansing's streets Saturday afternoon for Truckers Stand As One’s “slow roll” protest. The group gathered at Flying J in Grand Ledge around noon, then took off to line the streets to bring awareness to their issues.

ELD’s are used to monitor drivers’ routes and time management. However, employees said that the devices are an invasion of privacy and lead to more stress and accidents for drivers.

She also added that the strict tracking of time management makes it difficult for drivers to take bathroom breaks, for fear that they will get a ticket from the federal government. Cummins said she has already received two tickets, each for $1,000.

Recent hours of regulation are tied into tracking, in which drivers said they are required to take a break but can’t select when during their shift.

Parking availability is also an issue. Cummins said that she has wasted an entire 30-minute break trying to find somewhere to park. Other protesters said it’s a safety hazard, because they are often forced to park on the side of a busy road.

“This is creating unsafe, unreasonable environments for us to work,” truck owner and operator Steven Humes said.

High taxes also frustrate drivers. However, Humes said he doesn’t feel that the politicians who create these laws around the work environment are qualified to make decisions for the trucking industry.

“It’s like telling someone how to do their job, without ever actually functioning in it,” Humes said.

Mark Edenfield, the group’s state representative, said he hopes the protest will encourage Michigan leaders to support their drivers.

“We’re hoping that Ms. Whitmer, the new governor, we’re hoping that they hear our voices and recognize us and they make a phone call to D.C. and they say hey we’re having a problem up here in Michigan,” Edenfield said.