With the start of spring, comes a lot of myths about the exact moment the new season arrives. 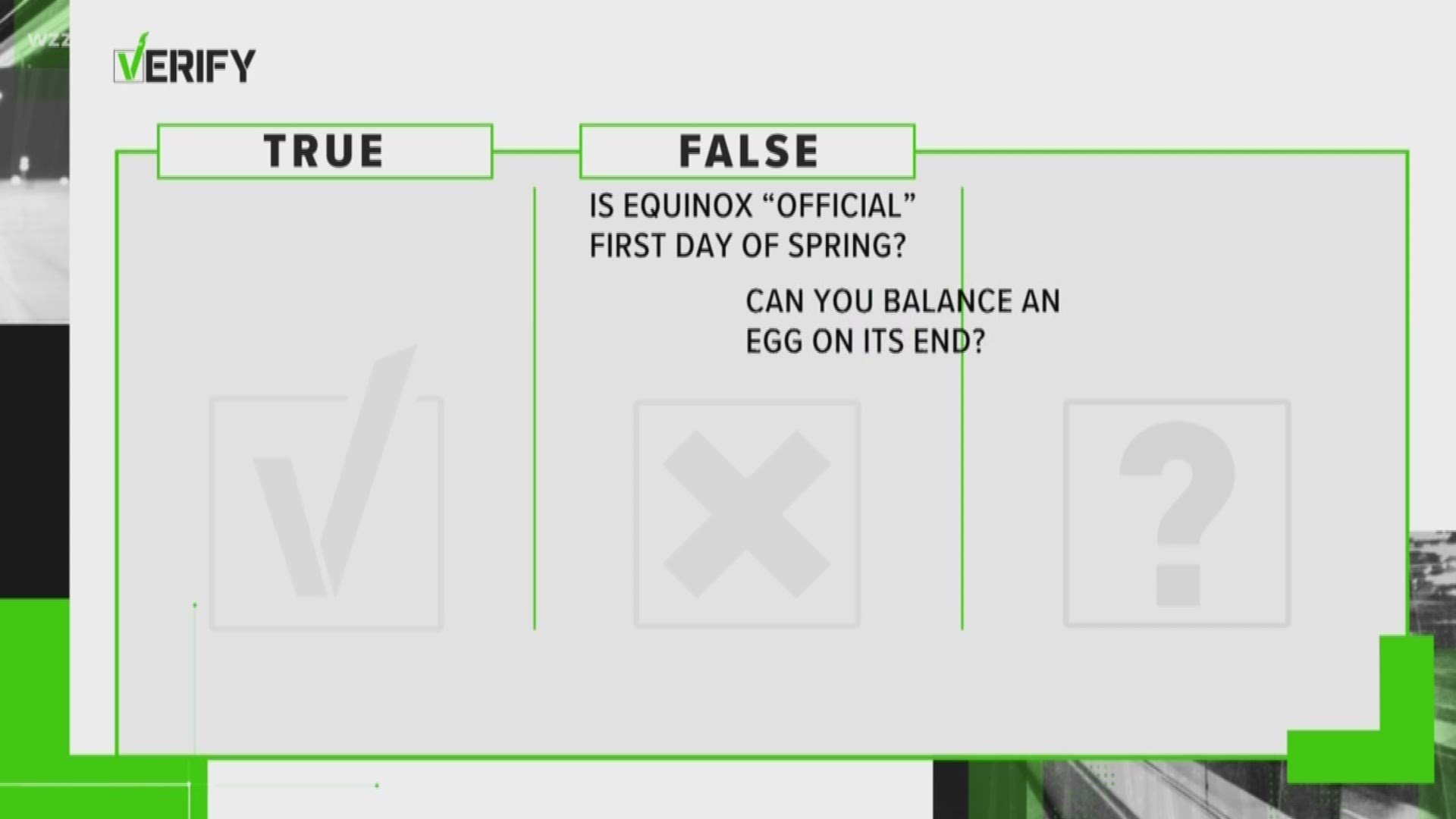 With the spring equinox, come many misconceptions about what it means and why it happens.

Lauren Woolsey, an astronomy professor at Grand Rapids Community College, helped debunk five of the most common myths about the change of season.

But before covering the myths, Woolsey explained the basics about equinoxes.

“The earth is always tilted, and so the equinoxes are when that same tilt isn’t actually towards or away from the sun," Woolsey said. "And so over the course of that particular spin of the earth's orbit, that 24-hour period, every single patch of the earth from the North Pole down to the South Pole, is getting 12 hours of daytime and 12 hours of nighttime.”

Now, to the myths surrounding the spring equinox.

1. Is the equinox the official first day of spring?

Not necessarily. Meteorologists go by a different timeline, and so do some other countries.

“For us that’s certainly true, and other countries the way that they define their seasons, the equinox would be the height of spring,” she said.

2. Can you balance an egg on its end during the equinox because of the gravitational pull?

It sounds a little ridiculous, because it is.

“That's a fun myth because it's so pervasive and it's very easy to disprove," she said. "You absolutely can stand in egg on its end today, but you can do that any time of the year.”

3. Will you have no noontime shadow?

Not here in West Michigan.

“Here in Grand Rapids, we're too far north of the equator to ever have no shadow at noon," she said. "That would mean the sun is directly over our heads, and that can only happen if you're close enough to the equator.

4. Does the spring equinox happen on the same day every year?

We can disprove this, too.

“It's always March 20, 21 or 22, and that varies because of the fact that our year is actually 365-and-about-a-quarter, and so leap year always fixes that for us, and that’s why we’ve got leap year," she said. "But it means that when we get to that exact spot in three-dimensional space, it might not be our exact same calendar day.”

5. Can the spring equinox change your mood?

“There is no scientific fact, but I don't know about you, we've had such a rough winter that I'm certainly in a better mood knowing spring is on its way,” she said.

In other celestial news, the last supermoon of 2019 will be visible tonight, coinciding with the spring equinox, which is pretty rare. Fingers crossed for a clear sky to check it out!